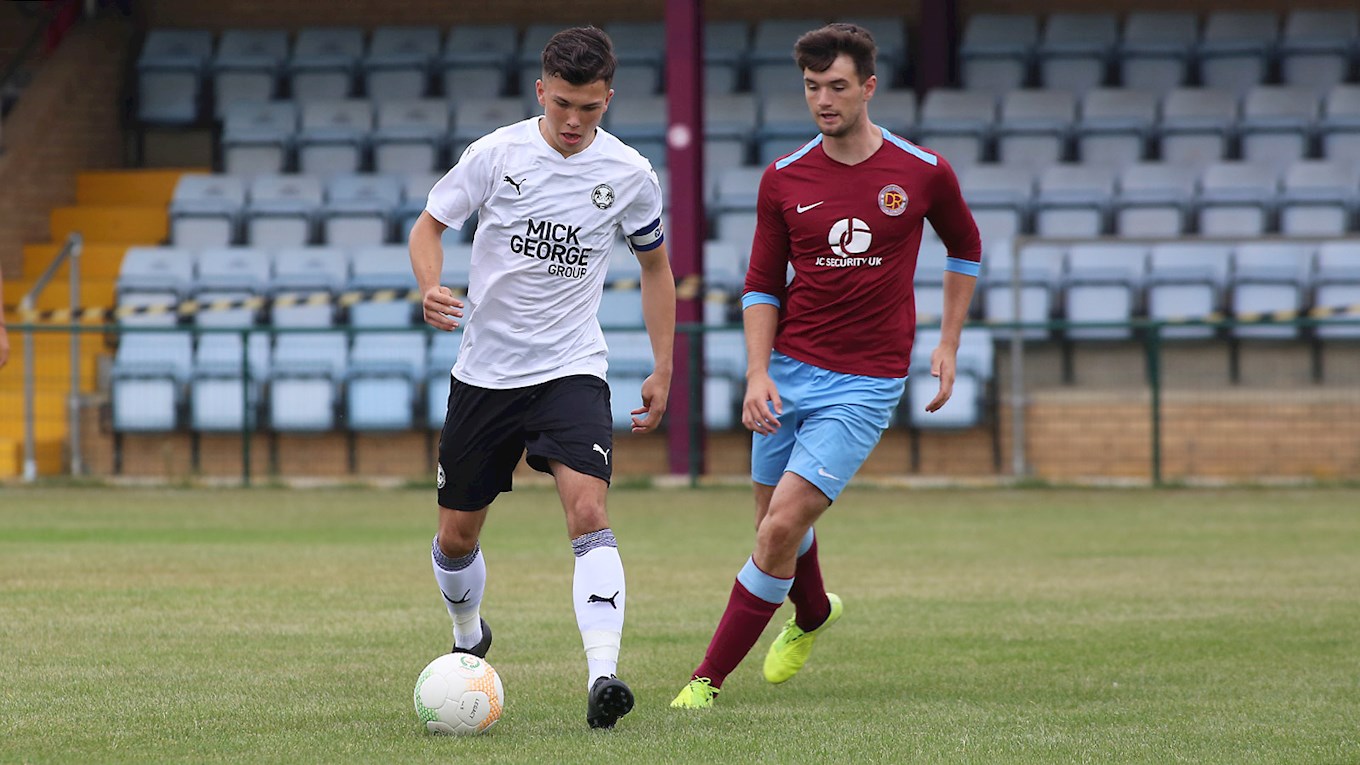 Posh under 18s open friendly account with big away win.

The Peterborough United under 18s recorded an emphatic 5-1 victory over local non-league side Deeping Rangers in their first pre-season friendly, with the game taking place behind closed doors in challenging conditions.

Posh fielded a handful of trialists in the fixture and went into the interval three goals to the good after a double from a striker keen to impress and a spot-kick from skipper Charlie O’Connell. Another trialist found the back of the net in the second half alongside Theo Lukyamuzi with the host netting a consolation late on as the heavens opened.

“I thought we played some really good stuff, particularly in the first half. It is around five months since we last played a game, so I was more than happy with how the lads performed. I asked for three specific aspects to the play and I saw that, so it is a good start for us.

“We got a bit sloppy in the second half, but that can happen when you make quite a few changes in personnel, but it is a good starting point for us and there is plenty to work with definitely. We looked a threat going forward and patient when we needed to be and we exploited the space that we created in the final third.

“From a defensive point of view we did well and the lads were comfortable in possession and playing through the thirds and you could see those patterns that we have worked on coming out in the 90 minutes, which is very pleasing as a coach. It is only the first game, but I am pleased today,” Etherington said.

Deeping are managed by former Posh striker Lee Clarke with another former Posh player as assistant in Daniel French. A number of former Posh youth team players featured for the home side including Charlie Coulson and Oli Shackleton.