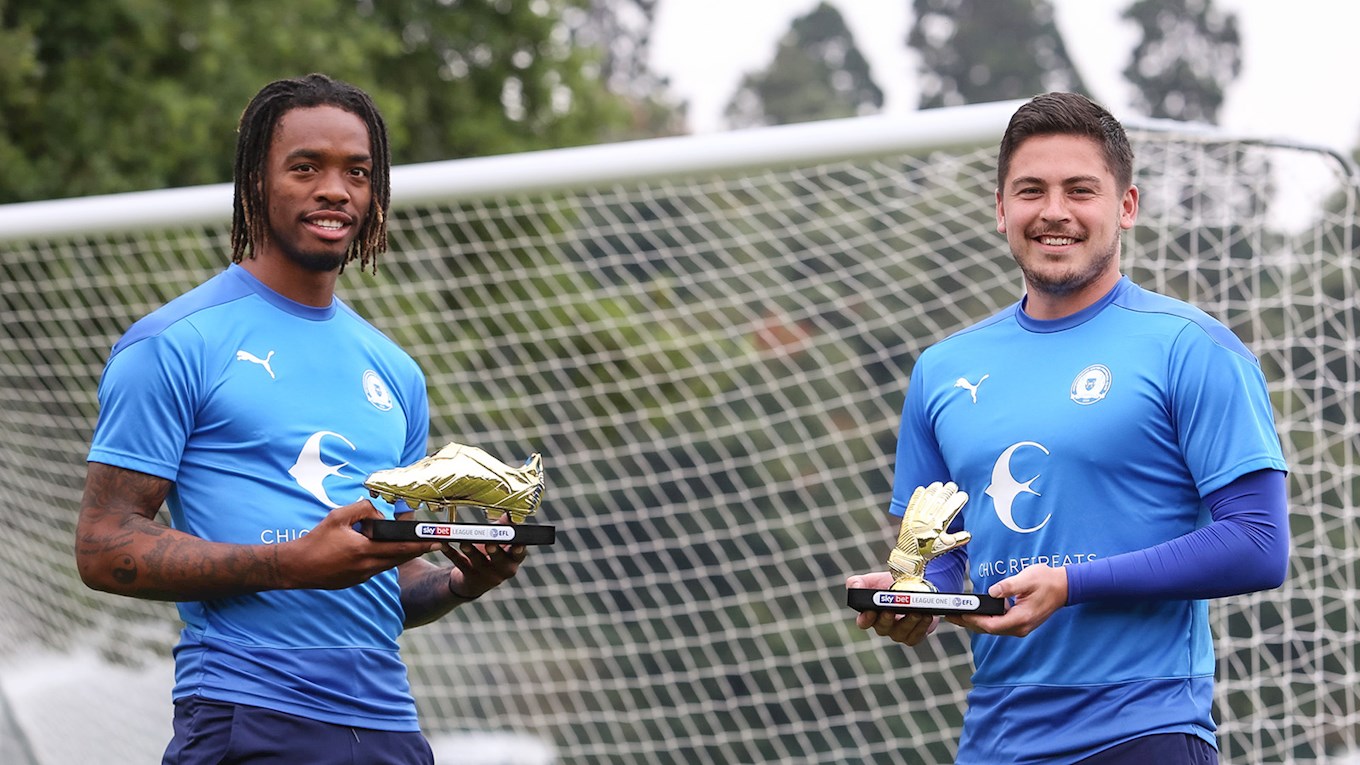 Toney secured the Golden Boot with a record of 24 goals in 32 games (26 in all competitions) with a goal every 118 minutes of action. Pym kept 15 clean sheets in 35 matches, one ahead of Coventry City’s Marko Marosi.

Toney said: “I set out at the start of the season to try and win the Golden Boot, I spoke to my family about it and I believed I could do it so I am really pleased that I was able to have the season that I did.

“I felt good from the first game and just carried it through. On a personal level, it was a really good season, it was just disappointing that from a club point of view we couldn’t finish the job that we started and get promoted”

Pym said: “I was really pleased to win the Golden Glove award, it is always nice to get recognition for what you do, but you can’t win any award without your team-mates. It was disappointing that I was unable to break the recent record of clean sheets at the football club due to the curtailment of the season, but hopefully we can have another good season this year.”