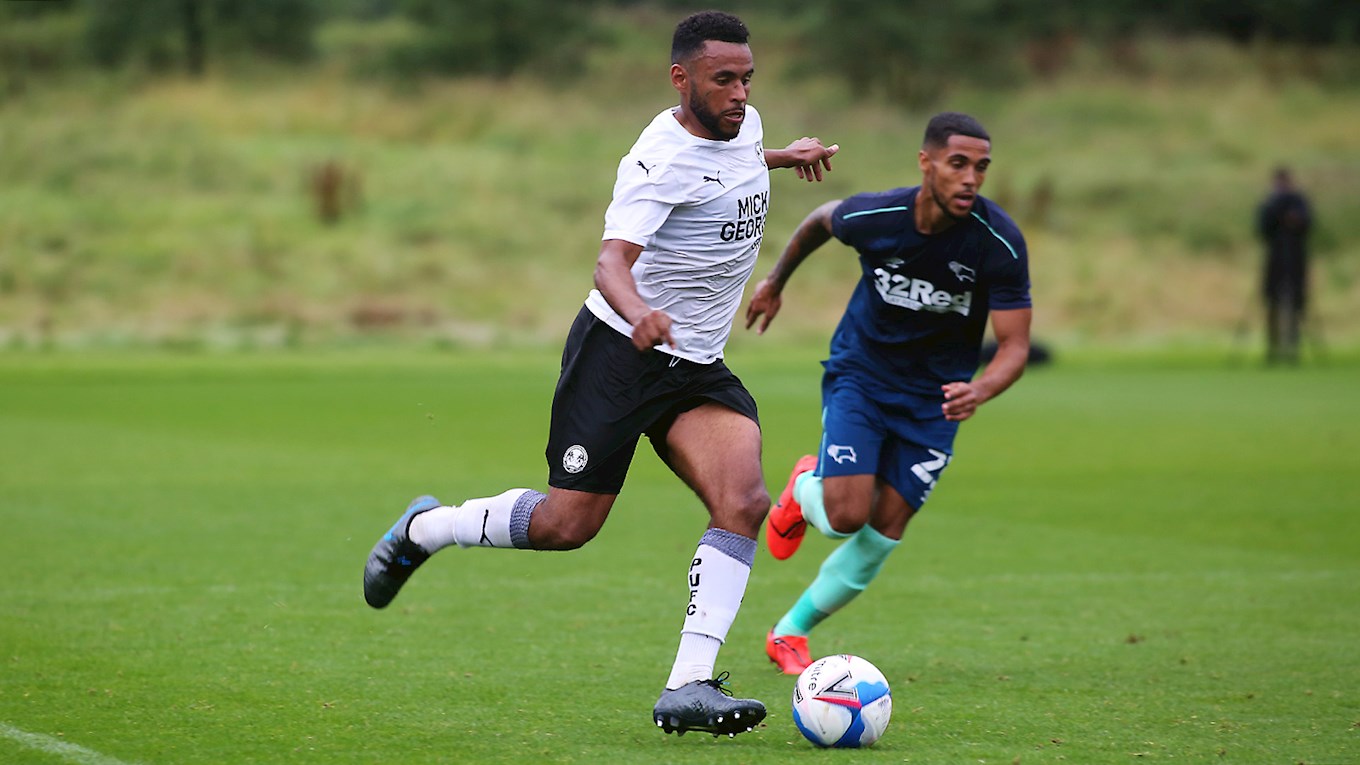 Dembele On Target In Pre-Season Defeat

Derby County come from behind to secure a 2-1 victory over Posh at St. George’s Park.

Peterborough United faced a strong Derby County side at St. George’s Park in difficult conditions on Wednesday afternoon and despite a very early goal from Siriki Dembele, Darren Ferguson’s men went on to lose 2-1 to their Championship visitors in a pre-season friendly that was played at a high tempo, particularly in the first period.

DEMBELE netted on two minutes with a sweet left-footed strike after Posh came out of the traps quickly, putting pressure on the Rams’ back-line. The Rams levelled the scores through Louie SIBLEY after former Posh front man Jack Marriott had been squeezed out of getting a shot on goal by the retreating Nathan Thompson.

Mo Eisa was denied by a flying stop from Kelle Roos after letting fly from 25-yards while George Cooper fired over from a free-kick and Dembele saw a shot blocked. Christy Pym made a smart reaction stop to keep out Marriott from close-range while the same duo battled again just before the break with the Posh shot-stopper again coming out on top, pushing a curler from just outside the box away to safety.

Derby made 11 changes at the interval and got their noses in front when Josh SHONIBARE finished off a slick counter-attack, sliding the ball past Pym. Eisa saw a shot whistle just past the post at the other end while Idris Kanu poked just wide after linking well with Eisa down the right.

Derby, who had Wayne Rooney watching on from the side-lines, pushed for a third but Posh defended stoutly. In the last 24 hours the majority of the Posh squad have now got 90 minutes under their belt although Dembele, Louis Reed and George Boyd were forced off before the conclusion with knocks.

Boss Ferguson said: “It was a really good workout. Derby are a good side and they provided us with a different test to what we have had so far, but I was pleased with a lot of the stuff that I saw today. We made a great start, caused them one or two problems and the lads will get a lot out of that.”