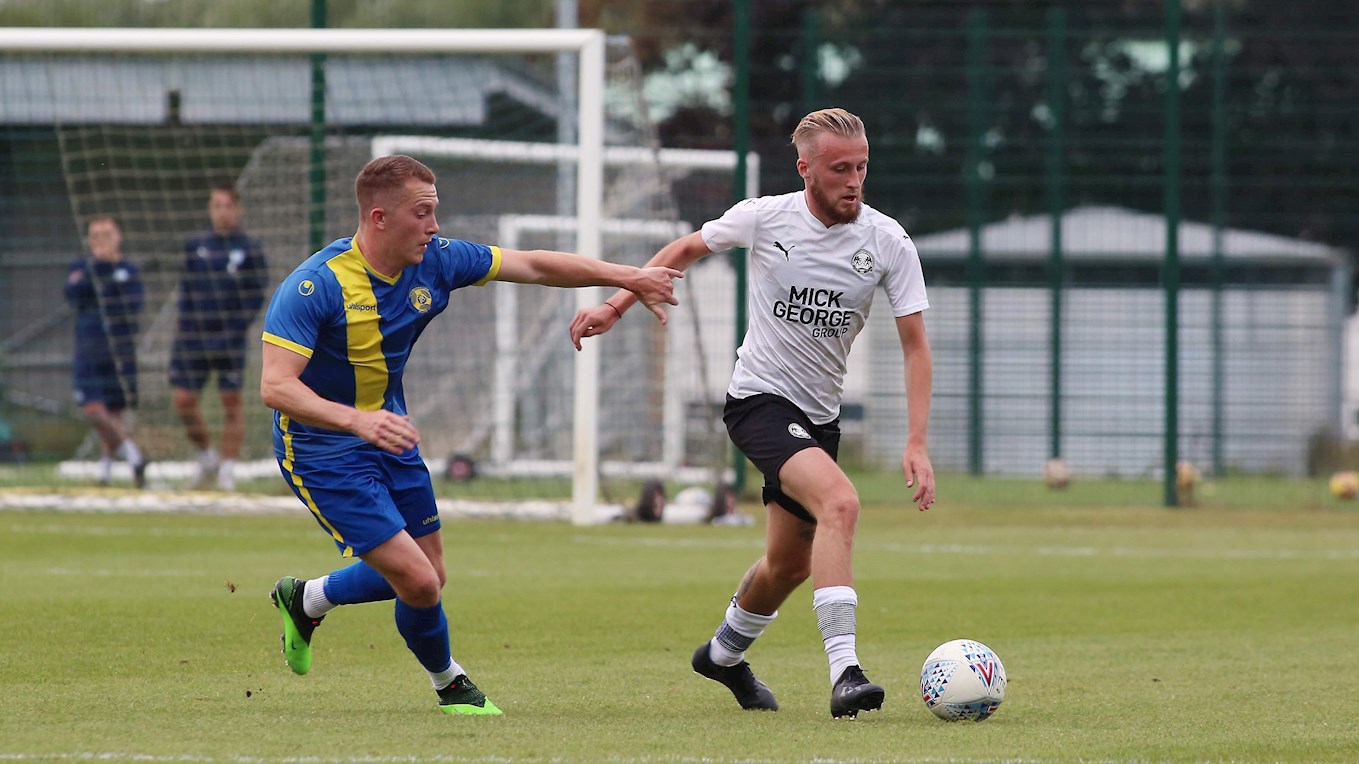 Peterborough United made it two pre-season friendly victories in a row with a 4-2 victory over a spirited Peterborough Sports side at the Mick George Training Academy on Tuesday evening, midfielder George Cooper making two and scoring one in an influential display.

Posh opened their account within the first two minutes as a driven Cooper corner was powered home by defender Sam CARTWRIGHT. Idris Kanu fired wide of the near post before Posh doubled the lead as COOPER was in the right place at the right time to poke home from close-range after the keeper could only parry a stinging effort from Siriki Dembele.

Dembele saw an effort pushed aside by Moat before Posh made it 3-0 as Cooper’s corner struck a defender and looped into the net for an own goal. Dan Gyollai did well to keep out a Sani effort from close-range before Sports reduced the arrears on 37 minutes from Jordan MACLEOD who converted a low cross from Dion Sembie-Ferris.

Cooper saw another shot kept out by Moat before a defender completed the clearance off the line, however on the stroke of half-time, Posh restored their three-goal cushion as Idris Kanu powered to the by-line and his cross was sliced into his own net.

Eisa saw a shot well gathered by Moat moments after the re-start while Niall Mason headed wide as Posh pushed for a fifth. Substitute Lewis Elsom did well to keep out Eisa with his legs before bravely keeping out the same player following a goalmouth scramble.

Sports reduced the arrears on 80 minutes through Cameron JOHNSON before Eisa flashed a free-kick wide in stoppage time. Posh are next in friendly action on Saturday with a 120 minute match (two 60 minute halves).