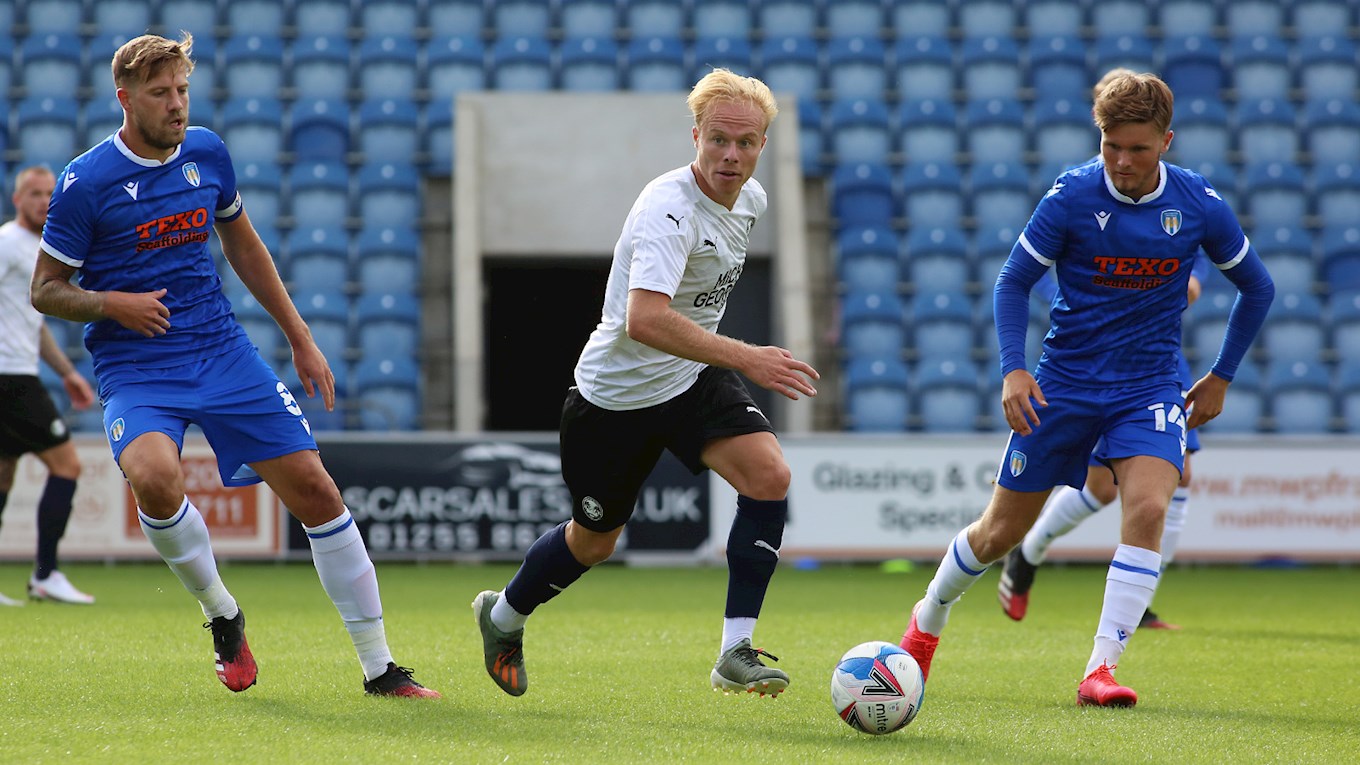 Butler At The Double In Pre-Season Victory

Posh recorded a 3-1 victory in the first pre-season friendly of the day at Colchester United.

Dan Butler netted twice as Peterborough United beat Sky Bet League Two side Colchester United 3-1 in the first pre-season friendly of the day with Siriki Dembele scoring the other goal of the game in a comfortable success for Darren Ferguson’s men.

Reece Brown saw an effort blocked after superb approach play from Siriki Dembele down the left while Mo Eisa had a goal rightly ruled out for offside by the assistant referee on the near side. Eisa headed over when well placed on 17 minutes as Posh continued to dominate the opening quarter of the contest.

Dean Gerken did well to keep out a stinging Dembele effort after the former Grimsby Town man cut inside onto his left-foot just outside the box. Taylor saw a dipping free kick kept out by Gerken on 23 minutes, the Colchester keeper probably didn’t follow the textbook when it came to the technique, but managed to beat it away to safety.

Posh opened the scoring on 29 minutes and it was a swift counter attack led by Ward and Dembele, the latter feeding the marauding Thompson, he is unselfish and squares for BUTLER who squeezes the ball home from a tight angle with his left-foot.

Posh doubled the lead three minutes later, Ward feeding DEMBELE in a wide area, he tricked his way into the box and rifled a stunning strike past Gerken and into the back of the net. Eisa curled a free-kick over the top on 37 minutes after Broom was upended by Pell.

Eisa saw a 30-yard free-kick tipped over by Gerken as the first half drew to a close. Taylor and Eisa both had long-range efforts within the first five minutes of the second period as Posh again dominated proceedings.

Posh made it 3-0 on 52 minutes and it was another superb goal from Darren Ferguson’s men, Ward led the counter, his pass picked out Dembele who timed his reverse pass to the overlapping BUTLER to perfection and he took a touch before rifling high past Gerken for his second goal of the game.

Posh made their first change on the hour mark with Flynn Clarke replacing the excellent Butler who was always scheduled to play an hour on his first appearance following a summer operation. Taylor was next to try his luck with Gerken doing well to tip the ball over the crossbar for another set-piece.

Ferguson’s men came a whisker away from a fourth as Eisa struck the post with a thunderous shot from just outside the box as the hosts made a couple of changes in personnel. Colchester pulled a goal back inside the last 10 minutes as Jevani BROWN tapped home from close-range as Posh failed to stick with a midfield runner.