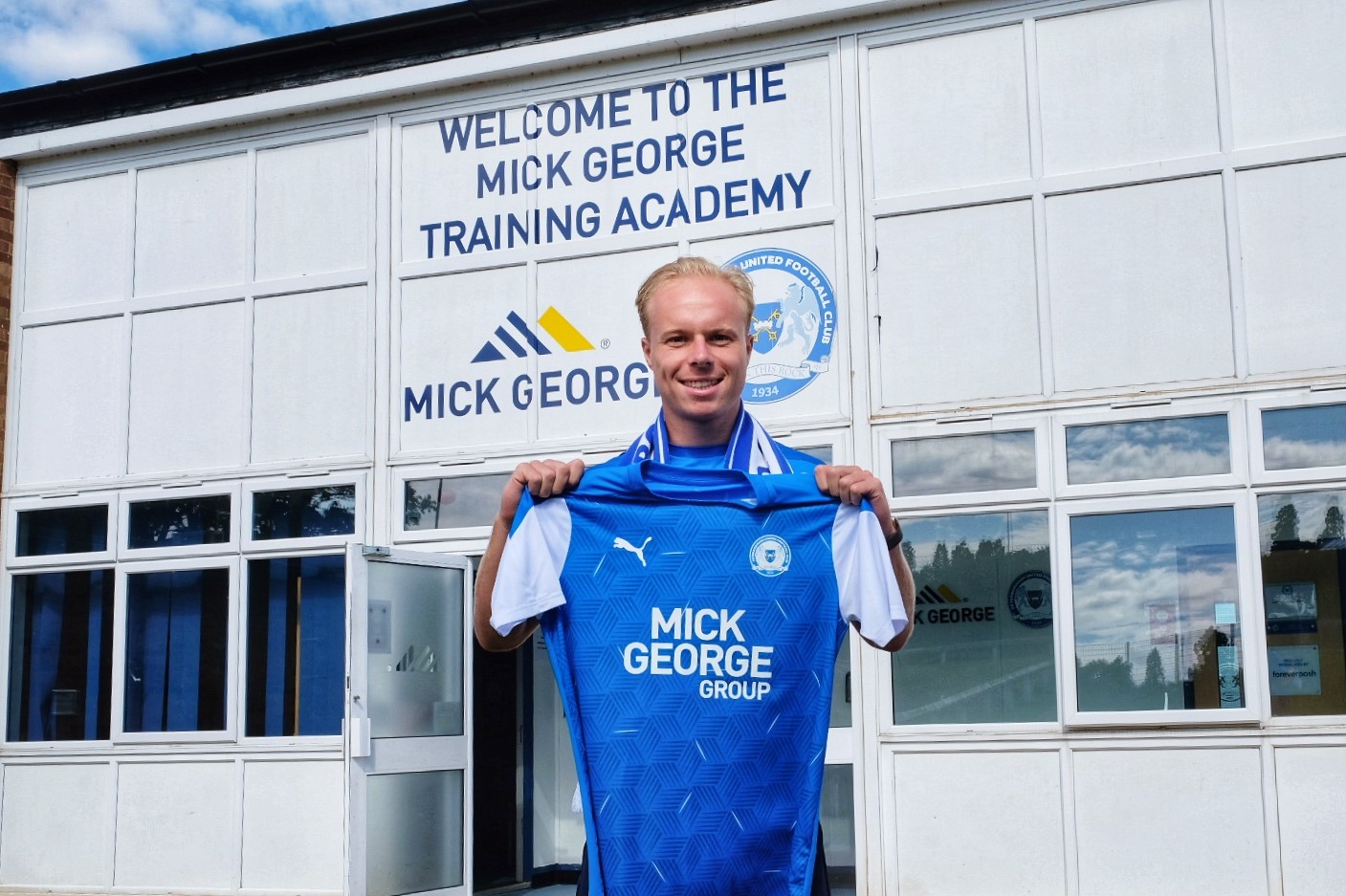 Peterborough United have made their fifth signing of the close season with the acquisition of Cheltenham Town attacking midfielder Ryan Broom with the 23-year-old completing the formalities at the Mick George Training Ground after the two sides agreed an undisclosed fee.

Broom has penned a three-year deal after completing his medical and manager Darren Ferguson is delighted to conclude a deal for a player that he has long admired. “Ryan is a player that I have been looking at for a long time now, he is a player that I know a fair bit about. He fits exactly how we want to play.

“He has an abundance of energy, has scored eight and assisted eight from midfield last season, he can also operate as a wing back, although his preferred position is as a 10. He knows the system that we want to play because he operated in the same system at Cheltenham which is helpful.

“We may play it in a different way and we will have to work with him on that, but certainly in terms of the energy, the pressing, the ability to make and score goals, he is a perfect signing for us. He is one that we have been tracking for a long time and we have managed to get it done so it is an important signing for us and I am looking forward to working with him,” Ferguson said.

Broom, who could feature against his former club on the opening day of the season after Posh were paired with Cheltenham in the first round of the Carabao Cup at the Weston Homes Stadium, is delighted the formalities are completed and is excited about the next chapter of his career.

“I really enjoyed my time at Cheltenham and we were really unfortunate with the way it ended last season. I had heard about the interest from Peterborough before so it is great that everything is completed now and I can’t wait to get started, I have been training with Cheltenham so I am feeling fit and raring to go.

“I spoke with the manager and he told me how he wants to play and to be honest that suits me down to the ground. There is not too much of a difference in how we played at Cheltenham last season so it is just adjusting really. It is funny how the Carabao Cup first round has worked out but it is a tie I am looking forward too,” Broom said.

Broom could feature in the next pre-season friendly for Posh, which takes place at Colchester United on Tuesday night where Darren Ferguson will field two separate XIs for two 90-minute fixtures. Broom started his career with Bristol Rovers with loan spells at Eastleigh and Bath City before joining Cheltenham in May 2018.

He made 88 appearances for Cheltenham, winning the Player of the Season award during his time at the club and scoring 12 goals. “I actually played a pre-season with Mo Eisa and a few games before he left so it is nice to know someone familiar.”