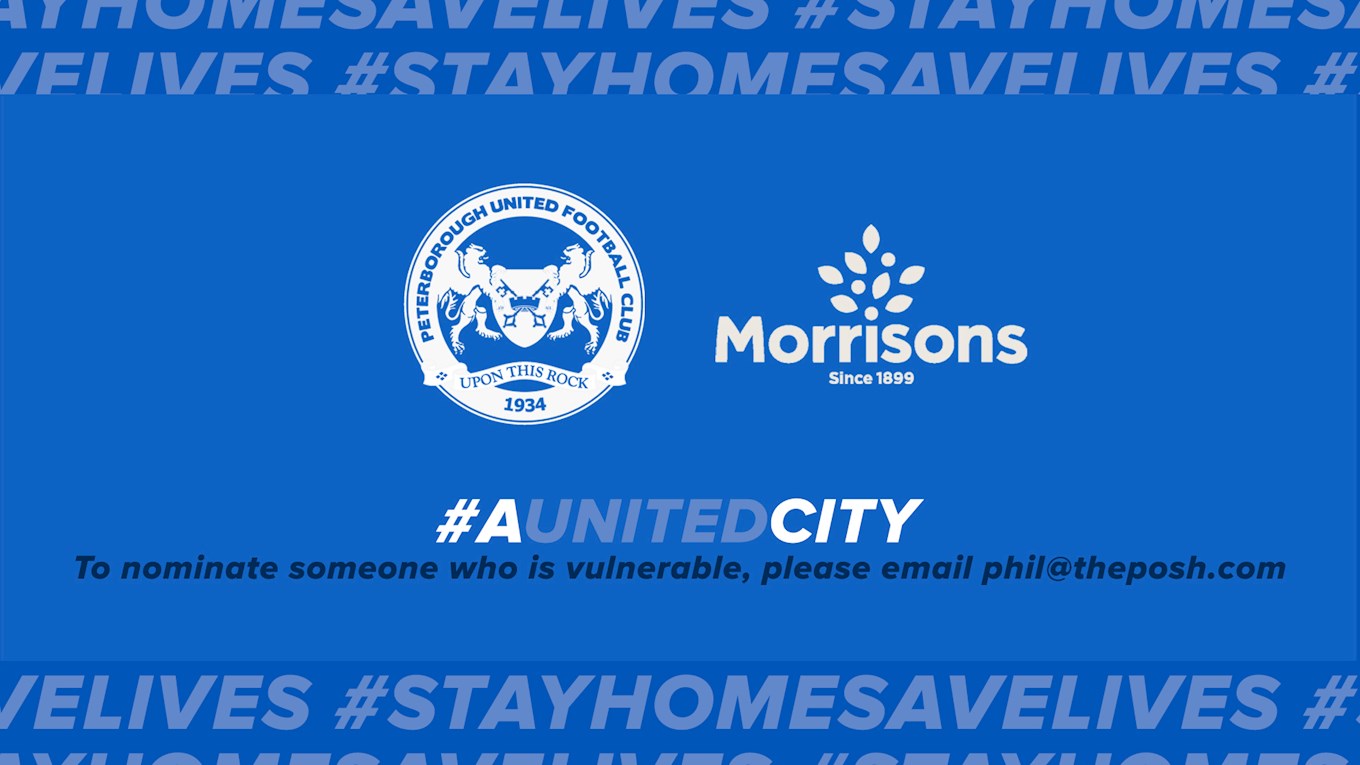 Peterborough United defender Niall Mason is spearheading a project to help support vulnerable older supporters of the football club in the city and has teamed up with Morrisons Supermarket to provide food (and essential household items) packages for nominated individuals and families.

Mason, the rest of the squad and management staff have all contributed financially to purchase 100 ‘care’ packages with Morrisons also pledging their support with a contribution and delivery assistance for the project.

The players are requesting supporters to ‘nominate’ a fellow fan that they believe will benefit from this project that fall into the ‘vulnerable older supporter’ category. The football club will also add a number of items from the Club Shop to the ‘packages’ including sweets and chocolate.

The club will then, with the help of staff and players, deliver those packages to the door of the nominated person, leaving a note to explain the delivery. Mason, the brainchild of the project, said: “We wanted to try and help out the older generation of our supporter base, some that might be very vulnerable at this difficult time and we have come up with this idea and we are pleased that we can get it off the ground thanks to the help of Morrisons in the city.

“We want to help as many people as we can, but we need other supporters to nominate those that they feel will benefit from something like this. It is a small gesture, but it is important that we support those fans who pay their money to come and watch us and unfortunately are unable to do that at this current moment in time.”

Julia Rowlands, HR manager at the Morrisons store in Lincoln Road, said: “It was a good opportunity to work alongside the football club on this particular community project in helping some of the most vulnerable people within the city of Peterborough. At Morrisons nationwide we have a Community Champion within our stores, and we support local causes and initiatives like this particular one that has been put together by the players of the football club.

“We have introduced a number of new measures at Morrisons including a call centre for people to order food over the phone and are here to help the customers of Peterborough. This is a very kind gesture by the players at the football club and we are really happy to play our part.”

To nominate a supporter to receive a ‘food parcel” (and household items), please email phil@theposh.com with their details and he will organise the facilitation of that delivery within the Peterborough area.