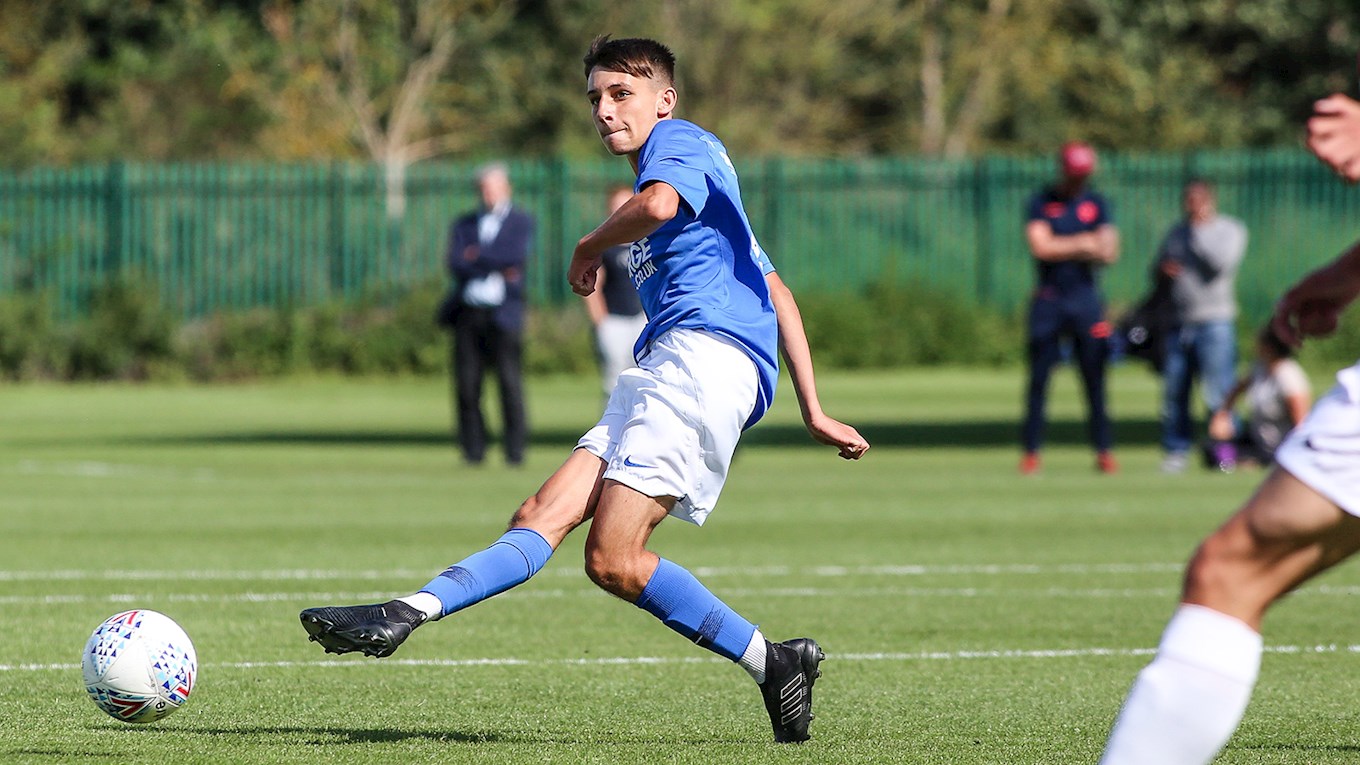 Flynn Clarke continues superb form with brace in away win.

The Peterborough United under 18s fought back from 2-1 down at the interval to record a 4-2 victory over Stevenage in the latest league fixture, three points which saw Matthew Etherington’s men move level with Northampton Town at the top of the fledgling table.

Flynn Clarke, who is in a rich vein of form, netted twice while Luke Harris and Ricky-Jade Jones, who was an unused substitute like Clarke at Northampton Town in the Leasing.com Trophy win, also found the back of the net.

Etherington admitted that he felt his side were underperforming in the first half but in the second half, they were superb and could have added to their tally. “We had to make a few changes due to injury and also because we had a player involved in the first team friendly against Watford on the Friday, so it was a pleasing win.

“We weren’t at the levels I know we can reach in the first half, but we were 1-0 up and had a stonewall penalty turned down. I think if the referee had awarded the spot-kick, the game could have been over, but he didn’t and they got back into it and then scored a penalty themselves. It kind of threw us a little bit, but we spoke at half-time and sorted a few things out and in the second half we were brilliant.

“We created lots of chances, played at a good tempo and a very good performance. Things are going well, but there is plenty of improvement left in them. I think in the first half we didn’t get the ball into midfield enough, but in the second half they were able to dictate the play and get our wide players into the game.

“The first half was probably not as bad as I made out at the break, but I don’t like to see standards drop. You have to be at it, week in, week out. We are now joint-top with Northampton in the league. They need to understand we are playing for three points, ultimately, the job is to help players develop and come out the other end, but if you can win along the way, then that is great and we are doing okay at the moment.”