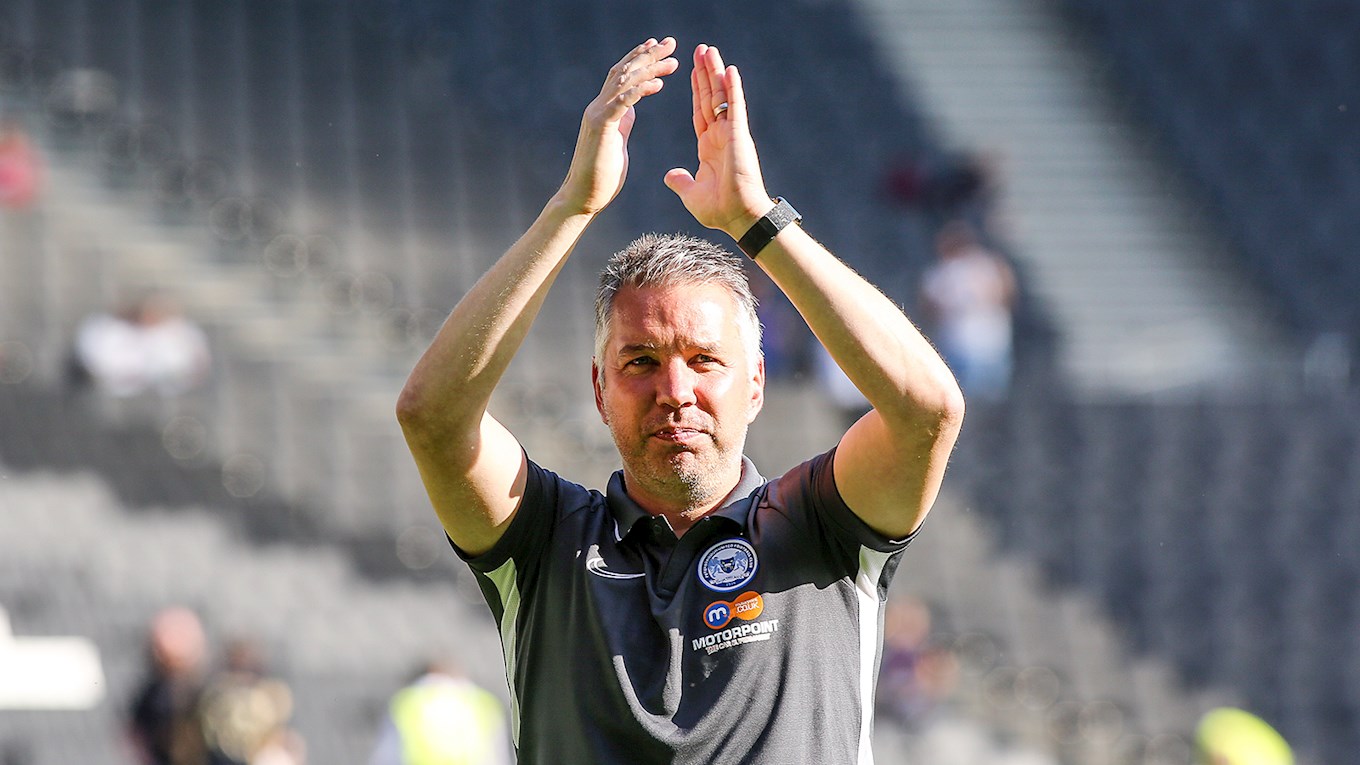 Rochdale Next Up For Posh

After an enforced break due to last week’s postponement, Posh are back in action this weekend.

Peterborough United and Rochdale were both without a Sky Bet League One fixture at the weekend due to international call-ups, so Darren Ferguson and Brian Barry-Murphy will have their sides chopping at the bit when the two meet at the Weston Homes Stadium on Saturday afternoon (3pm).

Both teams were 3-0 winners in their last league fixtures, Posh comfortably overcoming Sunderland while Dale were excellent in their display at Roots Hall against Southend United. Southend subsequently parted company with their manager Kevin Bond.

In the last four games in all competitions, Posh have scored 11 goals and kept four successive clean sheets, the first time that has happened since 2011 also under Ferguson. Back in February of that month, Posh beat Oldham Athletic (5-0), Exeter City (3-0), Notts County (1-0) and Carlisle United (6-0) before conceding in the fifth game, a 4-1 away win at Sheffield Wednesday.

After a 2-2 draw with Ipswich, Posh have subsequently beat Southend United 2-0, MK Dons 4-0, Sunderland 3-0 and Northampton Town 2-0. The Posh boss is looking forward to the challenge that Rochdale will provide.

“It has been frustrating without a league match but we have played a game on Friday and we have a fixture scheduled on Tuesday against Bristol Rovers, which will give those players who haven’t had enough minutes, another opportunity to play and also get themselves in my thoughts for Saturday’s home game with Rochdale.”

Tickets for Saturday’s game are available now at www.theposhtickets.com, via the Ticketmaster hotline 0844 847 1934 (Calls cost 7ppm plus your network access fee) and in person at the Weston Homes Stadium Box Office.