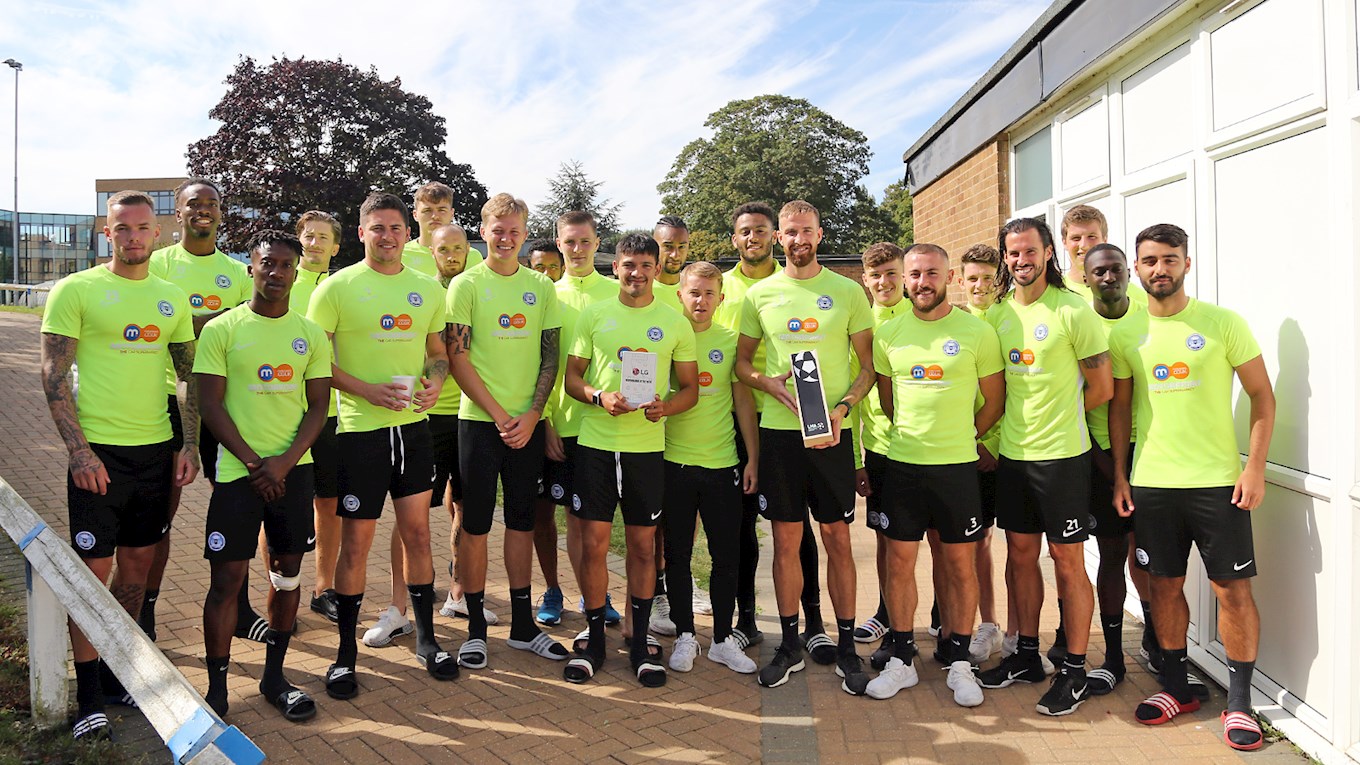 Posh Win Performance Of The Week

Victory over Sunderland has been voted the LMA Performance of the Week.

Peterborough United’s comprehensive 3-0 victory over Sunderland at the Weston Homes Stadium has been voted the League Manager’s Association Performance of the Week with the squad receiving the award at the Mick George Training Academy on Friday.

The award, which is sponsored by LG, recognised the excellent display that Darren Ferguson’s men put in and was voted into first place by a five-man panel.

Sky Sports, Soccer Saturday, were at the training ground to interview manager Darren Ferguson and will feature on their show this weekend.