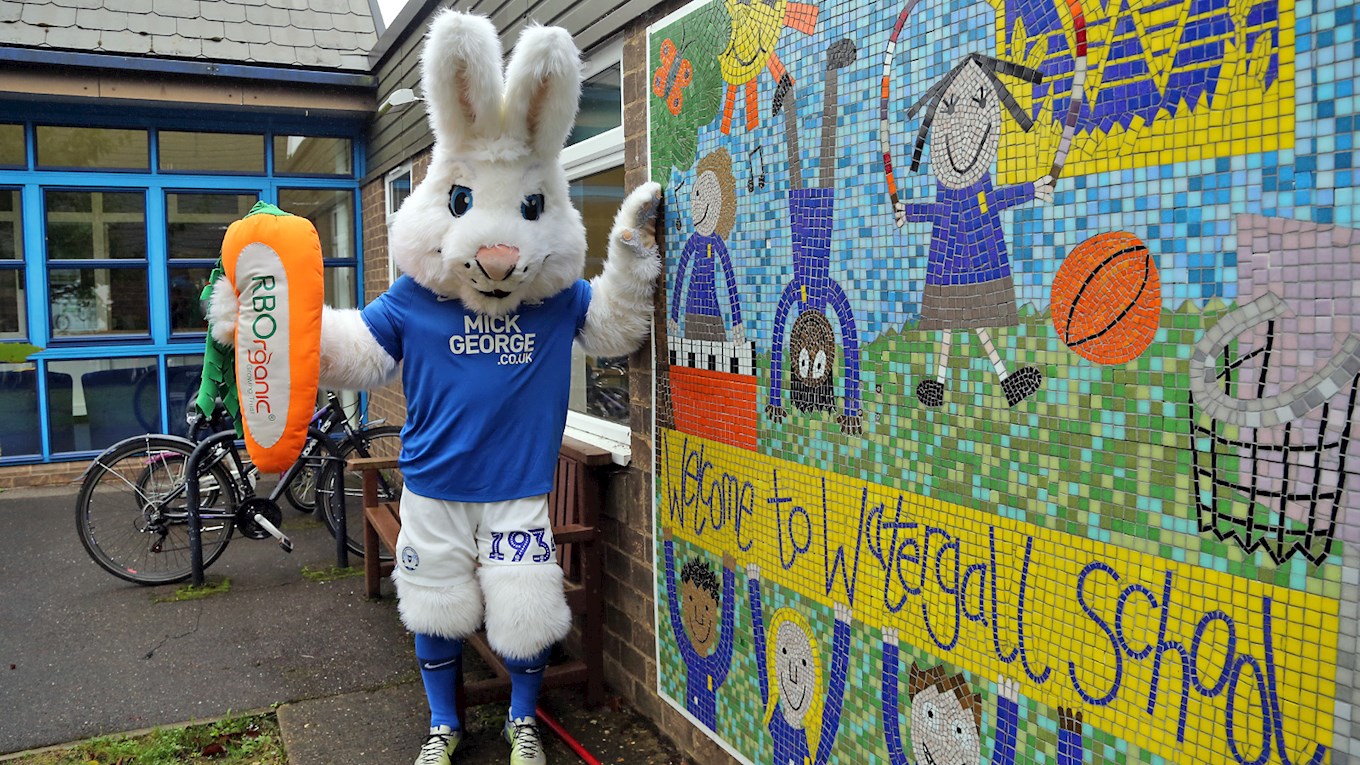 The Schools Initiative continued on Monday with a visit to Bretton.

The Peterborough United Schools Initiative continued on Monday morning with a visit to Lime Academy Watergall Primary School in Bretton as mascot Peter Burrow helped to entertain pupils during our school assembly.

Every pupil in the school received a FREE ticket to a forthcoming match at the Weston Homes Stadium with an adult also admitted free of charge. Press Officer Phil Adlam said: “Watergall Primary School were the latest school to not only invite us in for an assembly, but we were able to put on a free coaching session for some of the youngsters too.

“The assembly was split into two parts with Key Stage One and Key Stage Two and both thoroughly enjoyed meeting Peter! We look forward to welcoming them at an upcoming game at the Weston Homes Stadium.”