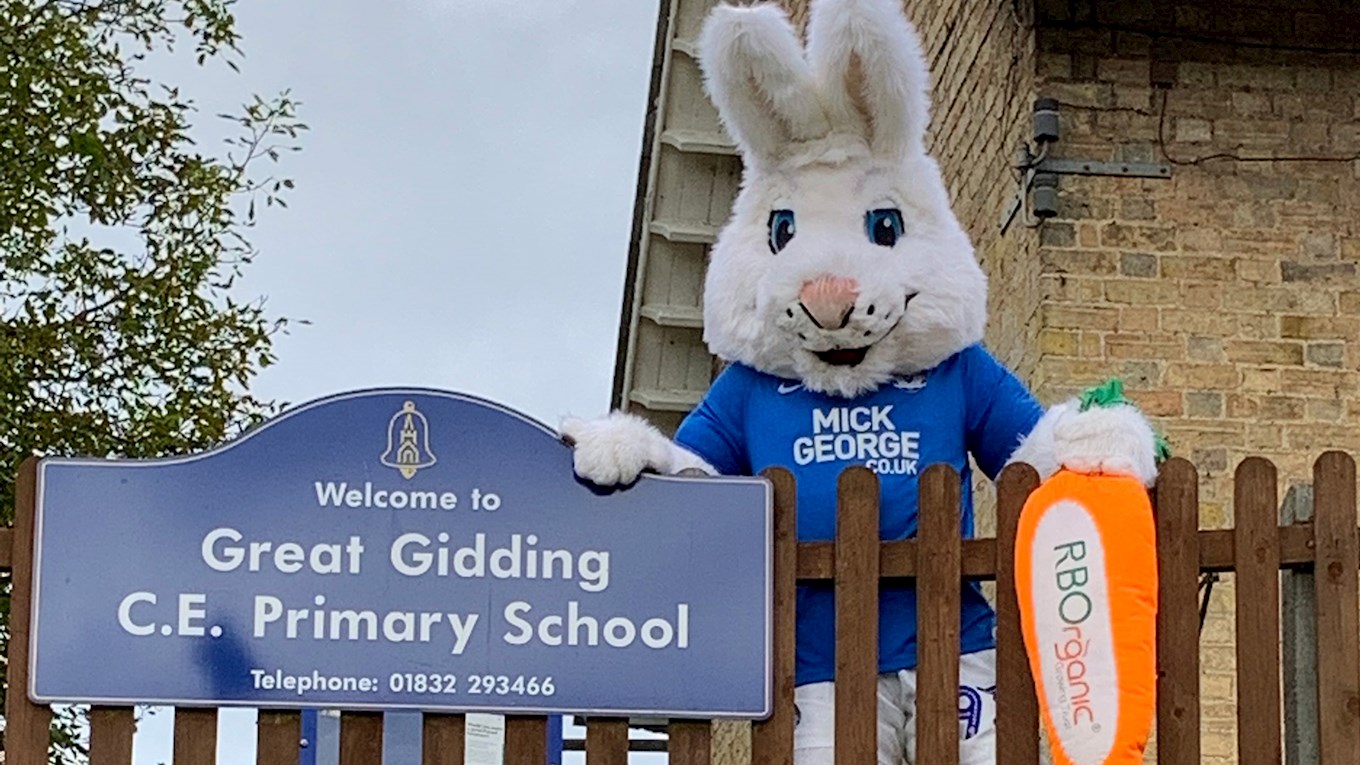 On Friday the Schools Initiative paid a visit to the village of Great Gidding.

On Friday morning, the football club and mascot Peter Burrow delivered an assembly to just under 40 pupils at Great Gidding Primary School.

Every pupil in the school received a FREE ticket to watch a forthcoming game at the Weston Homes Stadium with an adult also admitted free of charge. Press Officer Phil Adlam said: “Great Gidding is one of the smallest schools we have ever delivered our assembly in but often it is the schools like this one that get overlooked in initiatives like the one we have put in place.

“We hope they had a great time and look forward to welcoming them to a future game at the Weston Homes Stadium.”