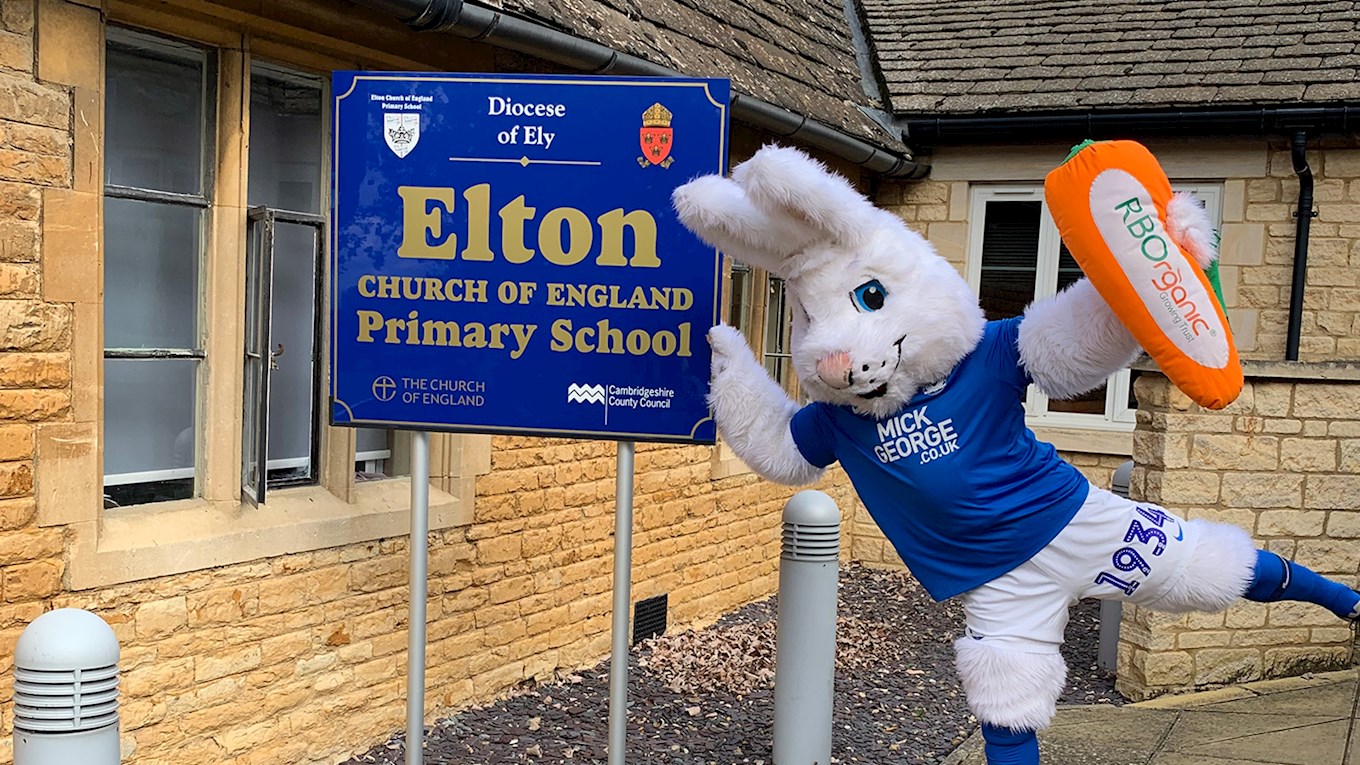 The Peterborough United Schools Initiative were joined by the Posh Foundation on Monday afternoon as we visited Elton Primary School with an hour’s worth of free coaching delivered prior to the usual school assembly featuring our always popular mascot Peter Burrow.

Every pupil in the school received a FREE ticket to watch a forthcoming game at the Weston Homes Stadium with an adult also admitted free of charge. Press Officer Phil Adlam said: “Following our visit to Ravensthorpe in the morning, we headed up the A605 to Elton Primary School. Our coaches from the Posh Foundation and Academy delivered an hour’s worth of coaching to pupils before everyone headed into the hall for the assembly.

“We hope that everybody at the school enjoyed themselves and look forward to welcoming them all to a forthcoming game at the Weston Homes Stadium.