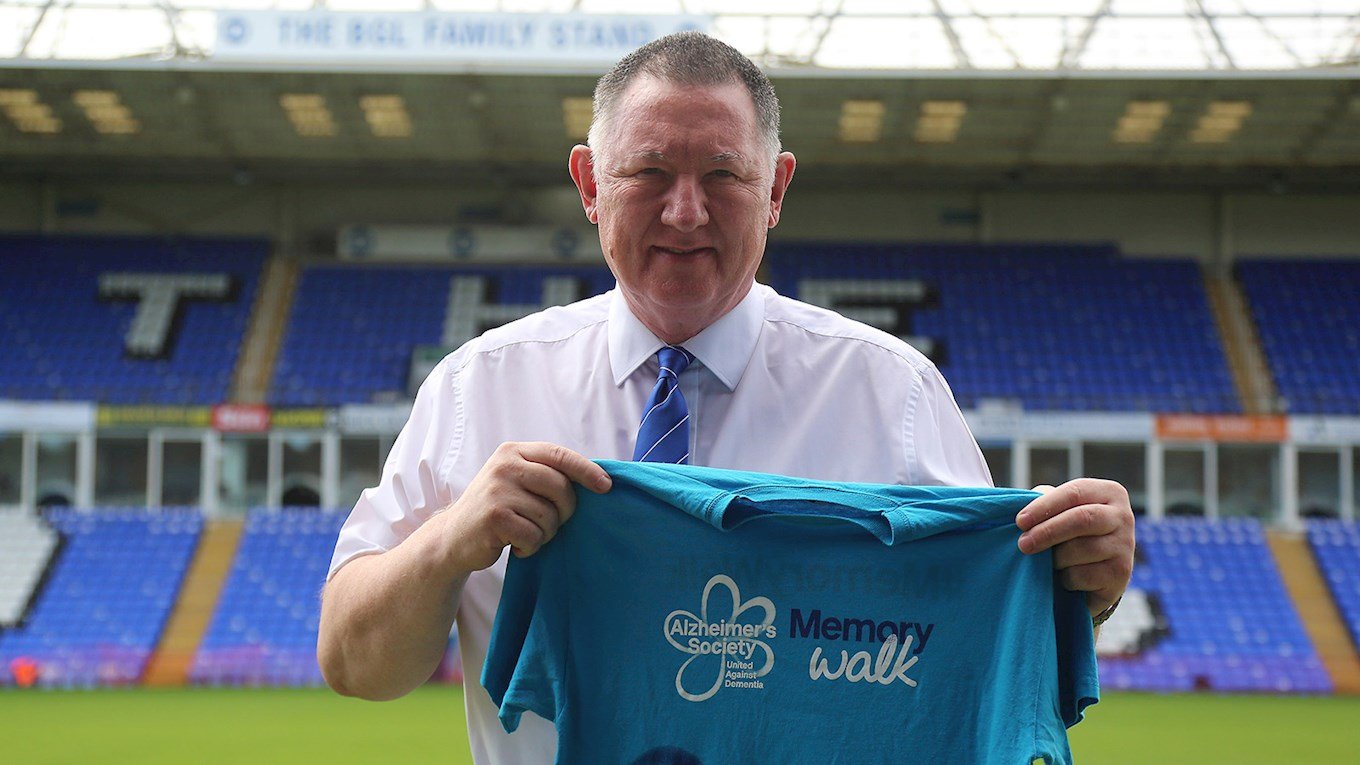 Peterborough United Football Club has launched a social media campaign to unite with those walking towards finding a cure for dementia.

Some of the club’s players and staff will join hundreds signed up to take part in Alzheimer’s Society’s Memory Walk at Ferry Meadows Country Park, on Sunday 15 September, and urge fans of all ages and abilities to get involved too – choose between a 2km or 6km route.

This week Peterborough United’s Chief Executive, Bob Symns, has launched a #UnitedWeWalk campaign with the charity on social media. He’s calling for anyone who signs up to a walk – whether it be in Peterborough or the other 40 walks across England, Wales and Northern Ireland – to post a short video clip of their reason for walking and encourage others to sign up too.

The aim of the campaign is to highlight the impact of dementia, through everyone’s own reason for stepping out and taking part.

Bob said: “I’ll be walking in memory of three people who were very close to me. My mum, my good friend Freda Parker and Chris Turner, a legend of this football club, whose statue is just outside the stadium. I’ll be joined by players and staff at the club and hope to see many of our supporters walking on the day.

“My video is on both Peterborough United and Alzheimer’s Society East Anglia’s Facebook and Twitter pages. I’d encourage you to upload a video, share where you will be walking and your reasons for taking part.

“Dementia devastates lives; it slowly causes people a series of losses - loss of their memories, relationships and identities. We are united against dementia. Memory Walk is a way to remember our loved ones and friends, while raising money so Alzheimer’s Society can continue to support anyone affected by dementia.”

The #UnitedWeWalk campaign comes as Alzheimer’s Society announced a host of celebrity supporters, who have also shared images of those they will keep in mind during Memory Walks throughout September and October.

Gary Sutcliffe, Alzheimer’s Society Community Fundraiser, said: “In the hour-and-a-half it takes to complete your average Memory Walk, 30 people will develop dementia in the UK – which underlines why it is vital to sign up to Memory Walk now and unite against dementia.

“We want to thank the football club for supporting the #UnitedWeWalk campaign. We are looking forward to hearing the many reasons why people are walking.

Deadline to register for Memory Walk in Peterborough is Thursday 12th September.