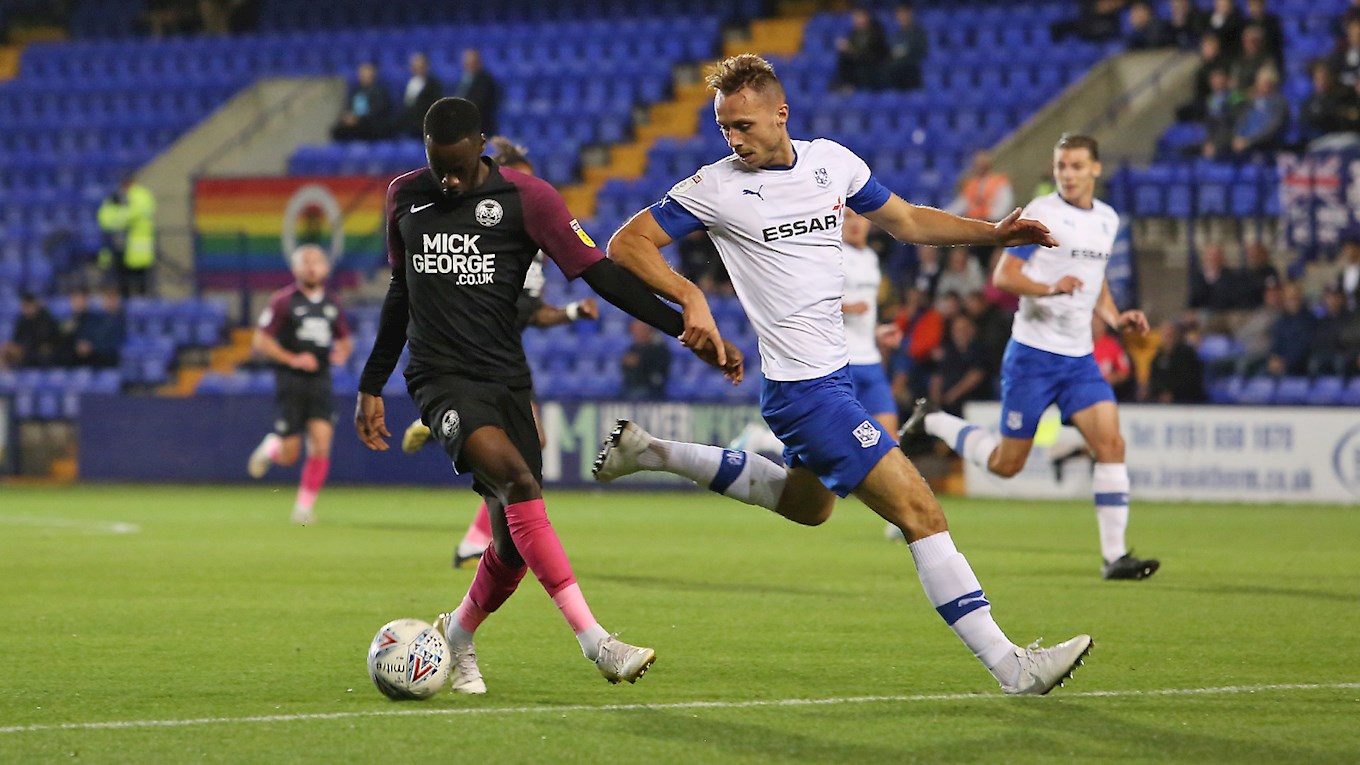 Posh moved into a 2-0 lead but were pegged back by spirited Tranmere side at Prenton Park.

On paper, a point at Prenton Park on a Tuesday evening is not a bad one, but Peterborough United will be frustrated after moving into a 2-0 lead in the second half thanks to goals from Mo Eisa and Ivan Toney only to be pegged back by a header and a superb volley from the experienced Olly Banks from the edge of the box.

The home side made a bright start and controlled large parts of the opening quarter of an hour without threatening Christy Pym, while at the other end, Posh had appeals for a penalty kick waved away after Ivan Toney took a tumble in the box.

Toney had a great opportunity to break the deadlock on 17 minutes after racing onto a Maddison flick, but he couldn’t force his shot past goalkeeper Davies who did well to save with his legs. Butler fired over from long-range after good work from Ward on 20 minutes as Posh continued to get a foothold in proceedings.

Toney was denied by Davies on 33 minutes after a lightening quick Posh break with Maddison at the heart of it, he timed his pass to perfection, but Toney couldn’t get the ball past the keeper. Stefan Payne headed over from a Banks’ cross on 40 minutes.

Maddison was kept out on the stroke of half-time by Davies after cutting inside onto his favoured left-foot after good hold-up play and pass out wide from Eisa. The deadlock was broken on 53 minutes and it was a quick break from Darren Ferguson’s men, Reed to Knight, and he picks out EISA who swept home a lovely finish across the keeper and into the back of the net.

Less than two minutes later, Posh were 2-0 in front and it was a wonderful goal, Ward down the left, twisting and turning and standing up a fine cross for TONEY to crack home a close-range volley for his eighth goal of the campaign.

Pym produced a fine stop to keep out Payne on 62 minutes after a wonderfully floated pass from Banks before Kent cleared the loose ball against the striker and out for a goal kick. The home side reduced the arrears on 65 minutes as MULLIN powered home a header at the near post following a wonderful cross from Potter.

Tranmere boss Micky Mellon was then shown a straight red card, presumably for dissent, by referee Mr Nield. The home side got themselves level on 70 minutes and you have to say it was a stunning goal from BANKS who saw his volley find the corner of the net from fully 30-yards, a superb effort.

Davies did well to keep out an Eisa effort on the turn on 72 minutes as Posh tried to restore a bit of order to the game. Eisa saw another shot blocked after good work from Butler and Toney on 77 minutes.

Reed clipped the top of the crossbar as the game moved into six minutes of added time with both sides pushing forward to win it. Pym produced a stunning stop in stoppage time as he leapt high to tip a wonderfully timed header from Ray around the post.