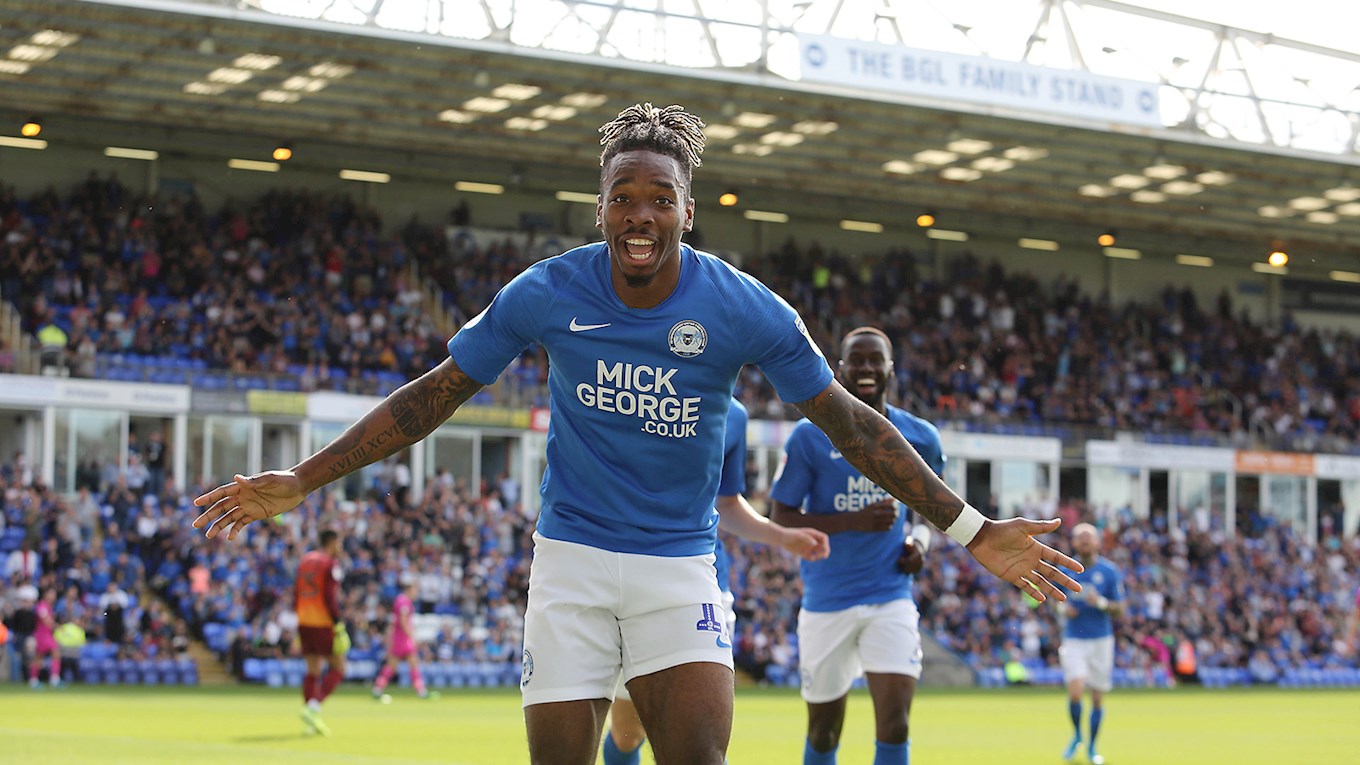 Match report for Peterborough United vs Rochdale on 14 Sep 19

Peterborough United made it five wins from five in all competitions and kept a fifth successive clean sheet as Rochdale were put to the sword at the Weston Homes Stadium with Darren Ferguson’s men racking up their biggest win since 2011 when Posh demolished Ipswich Town in the Championship.

Ivan Toney netted a hat-trick, his third in Posh colours, while Marcus Maddison kept up his stunning form with a brace with Mo Eisa keeping tabs on the aforementioned duo in the goalscoring stakes with a clinical header from close-range.

Posh should have been ahead inside the opening two minutes as a free-kick by Marcus Maddison was glanced wide from close-range by Ivan Toney. Maddison, who was named the foreverposh Player of the Month for August ahead of kick-off, then had an audacious effort from his own half, which had keeper Sanchez worried for a moment before dropping just over the crossbar.

The deadlock was broken on 18 minutes as Dale keeper Robert Sanchez attempted to play out from the back and got horribly caught as Ivan TONEY closed him down and benefitted from a calamitous piece of goalkeeping as the ball ended up in the net.

Eisa was superbly kept out by Sanchez on 21 minutes after linking well with Toney as Posh countered at pace. Posh doubled the lead on 33 minutes and it was a fine move, that was started and finished by EISA who glanced home a wonderfully teasing cross from Joe Ward from the left.

Maddison was kept out by a fine stop from Sanchez moments later diving to his left at the near post as Posh pushed for a third goal. Dooley was cautioned for a foul on Maddison on 39 minutes by referee Mr Drysdale.

Posh made it 3-0 on the stroke of half-time and what a goal it was, an absolutely sublime pass from the assist king Maddison to TONEY, who took a fine first touch, rounded the keeper and slotted into a gaping net.

Knight clipped the top of the crossbar following a towering header on 47 minutes after a deep cross from Ward from the left. Posh made it 4-0 on 52 minutes and the thesaurus on Microsoft Word is running out of superlatives (that is one), to describe Marcus MADDSION, once again the keeper can take a fair portion of the blame, but what a finish, first time lob over Sanchez and into the back of the net.

Henderson had a go from distance at the other end, but Pym was not troubled as it sailed over the top. Camps cracked the outside of the post on 57 minutes before defender Norrington-Davies was cautioned presumably for simulation.

Posh made it 5-0 on 58 minutes as a wayward header from McNulty was pounced upon by Ivan TONEY to drill low into the bottom corner. It was 6-0 moments later as Posh were awarded a spot-kick as Maddison was felled and it was MADDISON who stepped up to coolly convert from the spot.

Eisa headed wide from a teasing Butler centre on 83 minutes as Posh pushed for a seventh but in truth, they had declared long ago with Rochdale looking shell shocked.