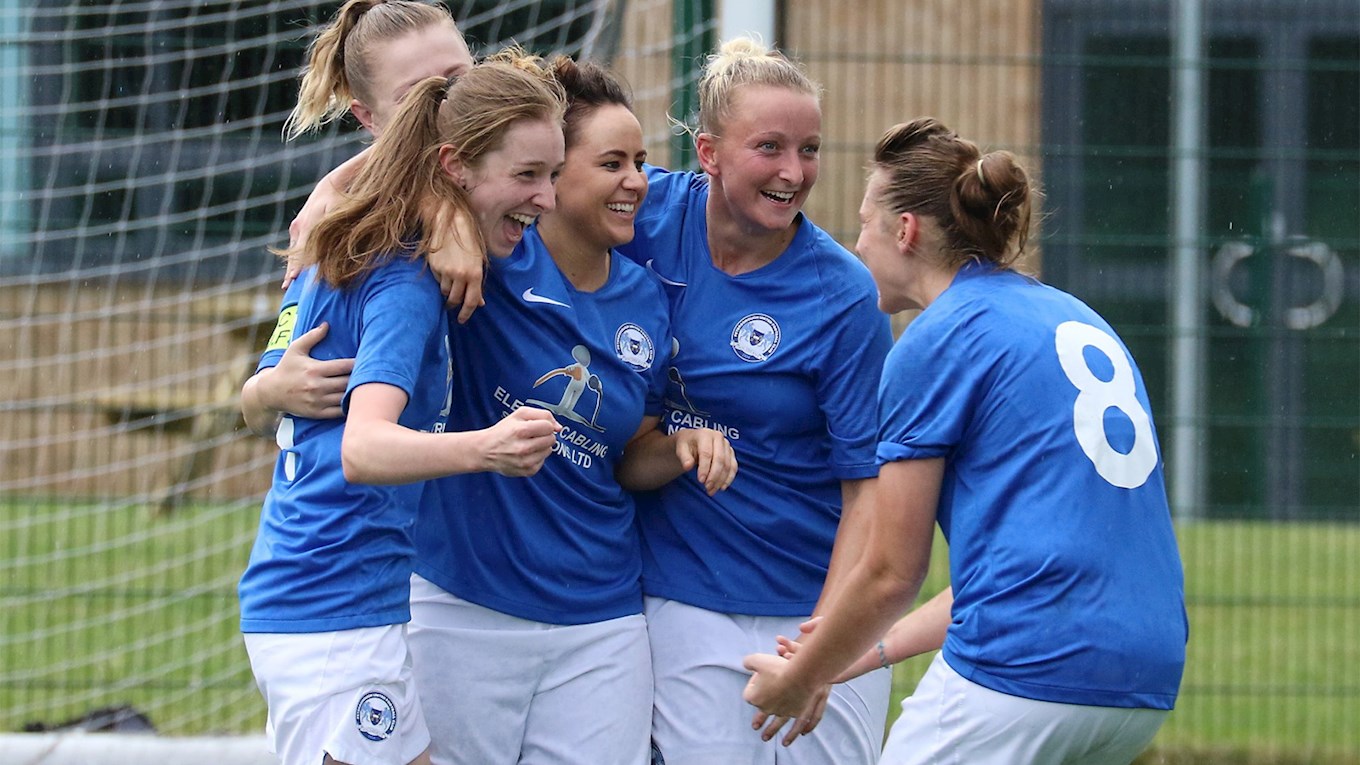 Skipper Keir Perkins bagged a brace in Posh Ladies win but it is Laura Dodwell’s strike that secures all three points.

Peterborough United Ladies faced Oughtibridge WM at home for the second time in 7 days, this time in the league. Oughtibridge entered the season amongst favourites to challenge for the league title and having lost at the hands to Posh in the FA Women’s Cup last Sunday were keen to travel back to Sheffield with the three points on offer.

Posh were under no illusions that no two games are the same and it didn’t take long for Oughtibridge to stamp their mark on the game, when they took the lead after just 4 minutes. Posh bounced almost straight back when ever present skipper and forward Keir Perkins levelled the game in the 8th minute of the - 1-1.

Oughtibridge found themselves back in front in the 25th minute but Posh once again showed their resilience when Donna McGuigan ran onto a pin point Leah Crawford through ball and calmly slotted passed the oncoming Oughtibridge keeper to make it 2-2 at the half time break.

After a good spell of possession early in the second half, Posh failed to clear their lines at the back and in the 53rd minute Oughtibridge took full advantage to regain the lead. 3-2. Posh keeped pushing and looked likely to grab the equaliser and they did five minutes later - Stacey McConville with a bullet header at the back post from a Megan Parrett corner. 3-3.

At this stage of the game both teams looked keen to pinch the win and the game opened up but neither team able to convert their chances. That was until substitute Laura Dodwell drove into the box and lashed the ball into the back of the net in the final few minutes of the game to give Posh the lead for the first time. 4-3. Posh weren’t done there, Perkins completed the comeback in the closing moments of the game to make the final score 5-3.

Although it wasn’t a flawless Posh performance, they showed immense character to comeback on three occasions and end up with a very valuable three points. Posh turn their attentions back to the FA Women’s Cup next weekend when they travel to Stevenage.