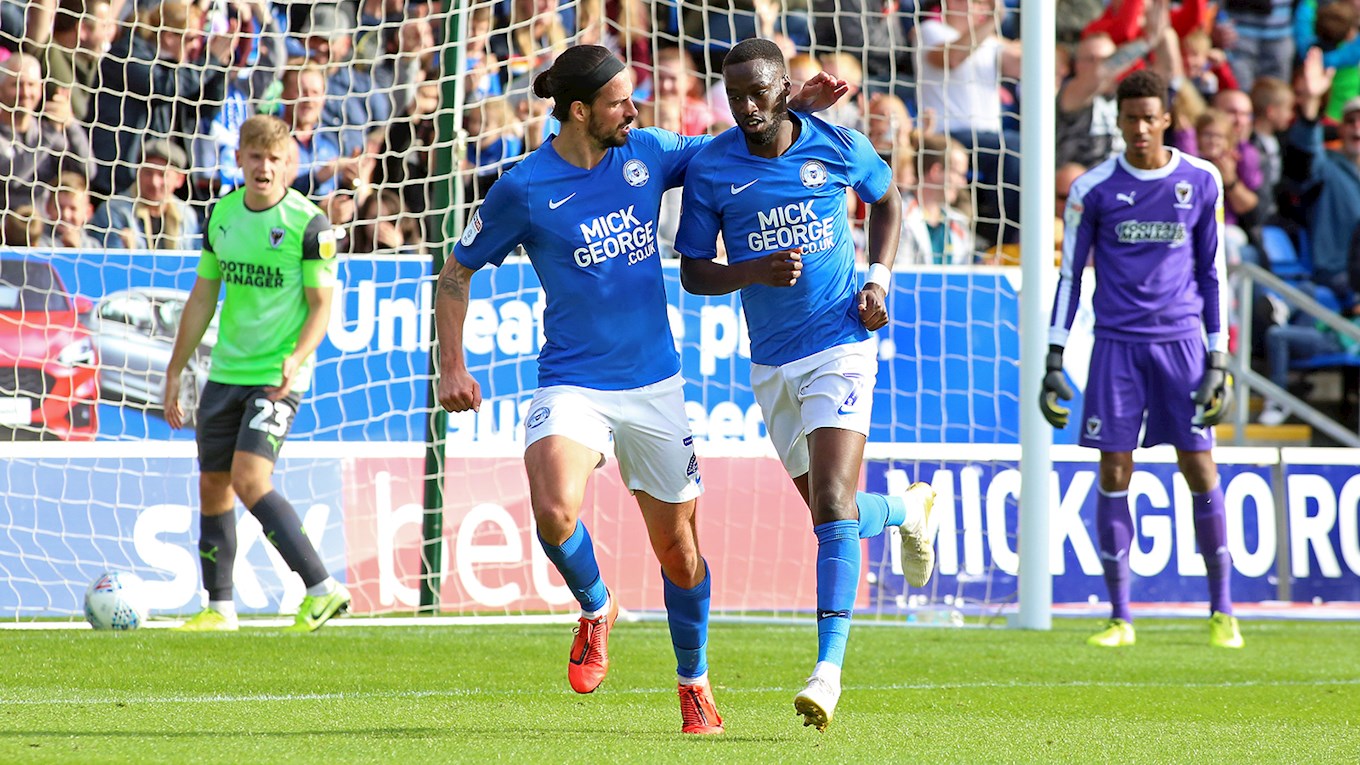 Three wins in a row at the Weston Homes Stadium as Posh beat Dons 3-2 in League One.

Peterborough United recorded a third Sky Bet League One home win on the bounce and if we are all honest, this game could and perhaps should have been far more convincing than the eventual score-line.

Posh wasted a host of chances through poor finishing, good goalkeeping and the woodwork being in the way and conspired to make what looked a fairly routine win at half-time, anything but in the second half as the Dons pushed Posh to the finish. However, Marcus Maddison's first half stunner, on his 200th league appearance for the club was followed by a fine double from record signing Mo Eisa and that proved just enough.

O’Neill curled a free-kick wide of the target inside the opening few minutes of the contest after Frazer Blake-Tracy was penalised for a foul, which looked quite dubious at first viewing. Mo Eisa was thwarted by a decent stop from Trott on seven minutes after manoeuvring the ball into space on the far side of the box.

Osew showed good pace to burst into the box for the Dons on 19 minutes but his cross-shot didn’t trouble Pym in the Posh goal. Maddison fired over from long-range at the other end after a good pick out from Toney deep in midfield.

Appiah was cautioned for delaying the taking of a free-kick on 21 minutes by referee Sebastian Stockbridge. The deadlock was broken just before the half hour mark and it was another stunner from Marcus MADDISON, this time on his right-foot, arrowing his effort into the top corner from just outside of the box.

Trott was called upon again on 37 minutes to keep out a well struck Maddison free-kick after he himself had started the attack with a superb raking pass from deep to Toney. Posh doubled the lead on 40 minutes and it was another excellent effort, Mo EISA with the finish after some wonderful close control in the box with credit also going to Toney for the way he started the move from a defensive position.

Reilly was booked for a foul on Knight and from the resulting set-piece, Maddsion was a whisker away from making it 3-0, his free-kick wobbled but just over the top. Eisa then headed over after linking well with Maddison as the half moved into three minutes of stoppage time.

The Dons made a double change at the break with Mitch Pinnock and Anthony Wordsworth introduced into the action. The visitors were given a route back into the game on 50 minutes as substitute PINNOCK’s effort somehow went through goalkeeper Pym and into the back of the net.

Pigott had the ball in the back of the net on 62 minutes following a left-wing centre but the offside flag cut short any celebrations. Toney flashed a shot wide from distance moments after he should have made it 3-1 as he stabbed wide after a rampaging run from Maddison down the right hand side.

Posh did make it 3-1 on 65 minutes as Josh Knight picked the timing of his pass to perfection after bursting from midfield and EISA did the rest, firing past the keeper and into the bottom corner for his second goal of the afternoon.

Maddison had a good chance for his second on 70 minutes after racing clear on the counter attack, but his right-footed shot was routine for Trott. Appiah was denied by Pym at one end while Maddison should have made it four but his effort was poor and the keeper made a very routine stop.

WORDSWORTH reduced the arrears with a fine left-foot finish from distance on 78 minutes before Posh made a double change as Alex Woodyard and Serhat Tasdemir replaced Reed and Maddison. Posh hit the crossbar on 84 minutes as Toney’s effort rebounded back off the woodwork with Boyd firing wide with the rebound.

Eisa was denied a hat-trick on 89 minutes by a superb Trott save after being picked out by Tasdemir as Posh tried to put this game to bed.