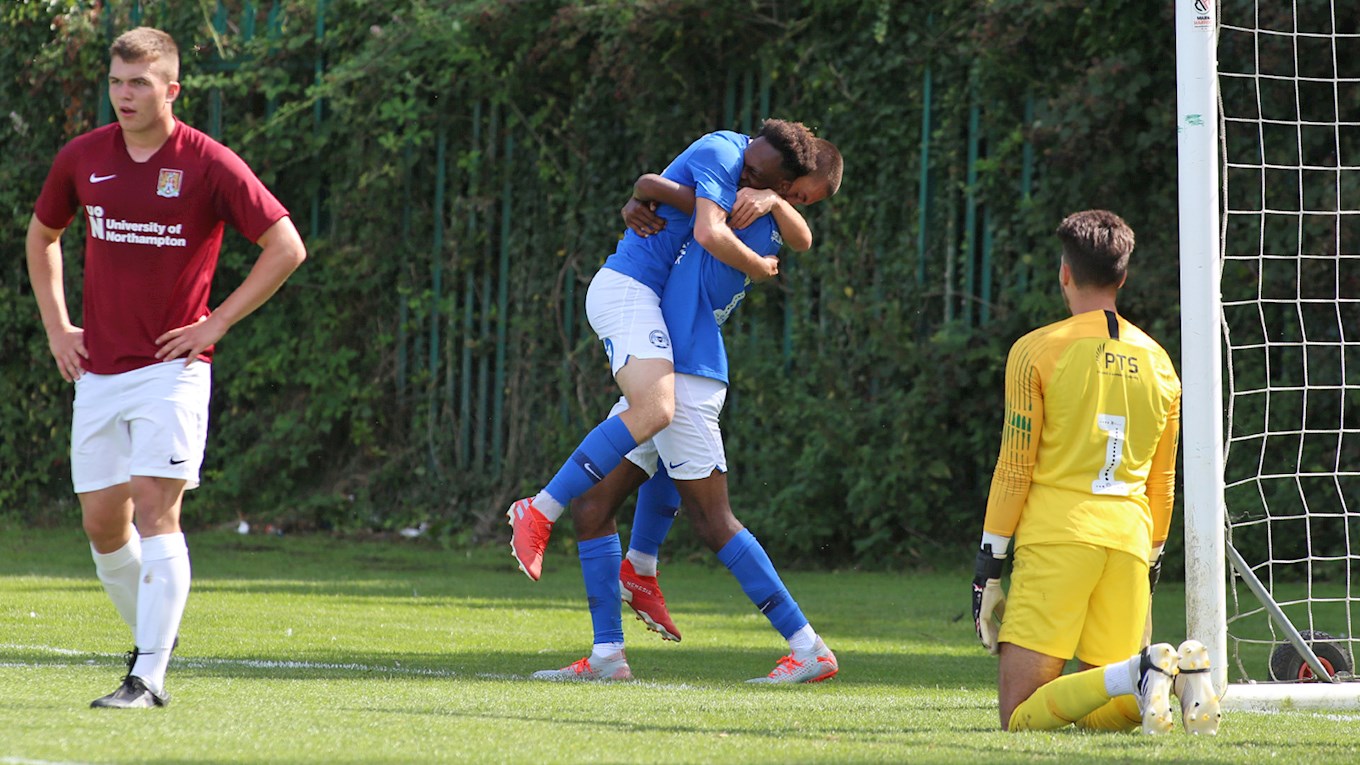 The Peterborough United under 18s won the first of the club’s double header with local rivals Northampton Town with a double from Flynn Clarke securing all three points for Matthew Etherington’s men at the Mick George Training Academy on Saturday morning.

Clarke, who’s recent form has earned him a call-up to the senior squad for the Leasing.com Trophy tie at the PTS Academy Stadium on Tuesday evening, finished off a flowing move to give Posh the lead and then finished well to put the seal on a good performance from the Posh youngsters.

Etherington was pleased with the way his side coped with the direct style of the Cobblers, which capped off a good week after a 4-1 success over Stevenage in the Youth Alliance Cup a few days earlier.

“It was one of our better performances and results of the season. Northampton won the league last season, have a really strong squad and have made an excellent start to the season, so we knew it would be a good test and we more than stood up to it. We dominated the game for long periods, limited them to very few chances and dealt with the direct nature of their tactics.

“They are physical, they play long early and we had to stand up to it and when we got the ball down, we played some really good stuff and always carried a threat going forward. All in all, it was a good team performance. Flynn scored both goals. His first goal was something we have worked on in training, Ricky Jade-Jones got 1 v 1 against the full-back and picked Flynn out with a good move.

“The second goal was as a result of some good pressing. It is good we are getting goals from all areas of the pitch. The lads have a good temperament, you have to have that, they needed that at the weekend. It capped a good week, because we made a few changes for the cup-tie against Orient and adapted well.

“I felt we could have played better for long periods, we were 3-0 by the break and in the second half we took our foot off the pedal and got a little complacent and I don’t want to see that. I know we won the game 4-1 and their goal came right at the end, but there are still things there to work on. Ricky (2), Luke Harris and Archie Jones were on target in that win.”