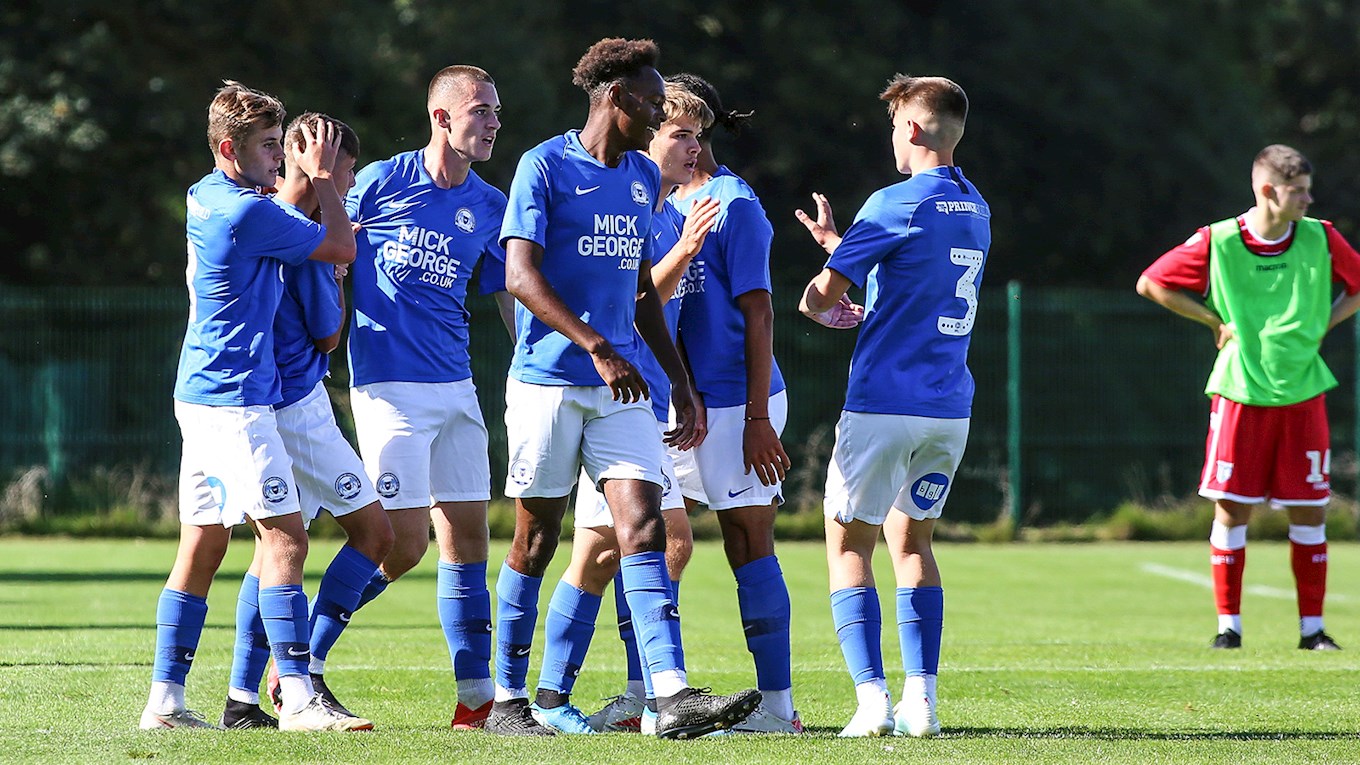 The Peterborough United under 18s now lead the way in the Youth Alliance League after another big win, with Milton Keynes Dons put to the sword at the weekend with Matthew Etherington’s men running out 5-1 winners in a game they dominated from start to finish.

As with previous weeks, the margin of victory could have been greater but the Posh boss insisted he was pleased with the group as they continued to be the team to watch in the league this term thanks to an attacking philosophy which has seen them top the scoring charts.

Striker Brad Rolt bagged a brace, Luke Harris continued his fine form with a goal while Ricky-Jade Jones and Shaun Ruzvidzo also found the back of the net as the Dons were well beaten. “It was as comfortable as the score-line suggests. It is pleasing. We are still missing chances, we had 20 shots on goal in the 90 minutes, but I can’t be too disheartened after a 5-1 win. I have to remember they are young lads but we can score more goals. There is still so much improvement to come.

“It was dominant throughout. I think we have good players in attacking areas. Players that have good ability at this level. We are going to cause problems; we have to be defensively secure that is the challenge because they scored from their only shot on goal right towards the end of the 90 minutes.

“If we want to do well this year, we need to pride ourselves on clean sheets and that is definitely an area we can improve. We have a lot of good players, but I think Luke Harris has been performing really well in the last few weeks. He reads the game brilliantly, he has a lot of ability and is thriving at the minute. Throughout the season, you are going to get dips but you have to expect that with young players.

“Luke is scoring goals from midfield and that is important, you can’t rely on your front four players to score goals. He is timing his runs and is a good finisher. We are next in action the week after next against Cambridge at the Mick George Training Academy. We are top, albeit having played one game more than everyone else, and the challenge now is to stay there,” Etherington said.