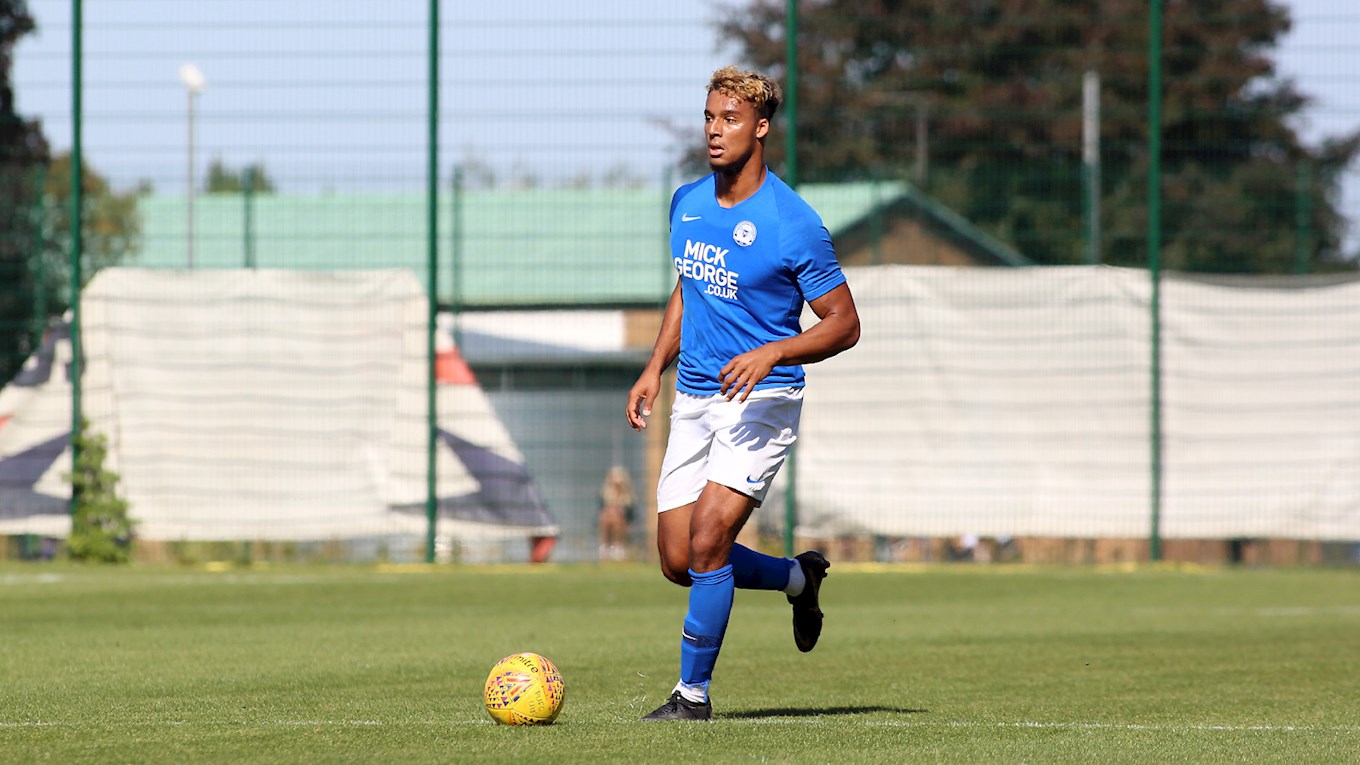 Cambridge United await in the quarter-finals for Posh after victory over Leyton Orient.

The Peterborough United under 18s moved into the quarter-finals of the PUMA Youth Alliance Cup and will face local rivals Cambridge United later this year after a battling 3-2 victory over Leyton Orient at the Mick George Training Academy on Tuesday afternoon.

It was a tighter game that perhaps it should have been as Posh created a host of chances, but a combination of good goalkeeping and wasteful finishing meant the O’s continued to have a sniff of causing a little bit of an upset.

However, Posh were excellent after the interval and deserved the victory which was earned thanks to goals from Brad Rolt, Ricky-Jade Jones and Khaya Rudette-Gregory. Manager Matthew Etherington said: “We went 1-0 down, so we showed character. We weren’t at our best in the first half. It was an even game. We scored a good goal to equalise and in the second half we were really good.

“We went 2-1 up and had three or four clear-cut opportunities and we are struggling to be clinical. I think it is concentration. It is nothing to do with their ability, we are scoring three or four goals a game at the minute, but if I am honest, it is the minimum we should be scoring.

“We need to be more clinical in both boxes. Those are the bits we are working on. We played well in the second half and deserved to win the game. We now look forward to a tie against Cambridge United, which will probably be in December later this year. This competition is a realistic aim for us, we want to go as far as we can. It would be good to win something because the players are certainly capable.

“We know there are areas we need to improve, but there are lots of positives to take. We scored from a set-piece and Khaya can score more. He is a big lad, he attacks the ball and hopefully it will be the first of many for him.”

Posh entertain Milton Keynes at the Mick George Training Academy on Saturday morning (11am) before a week without a fixture.