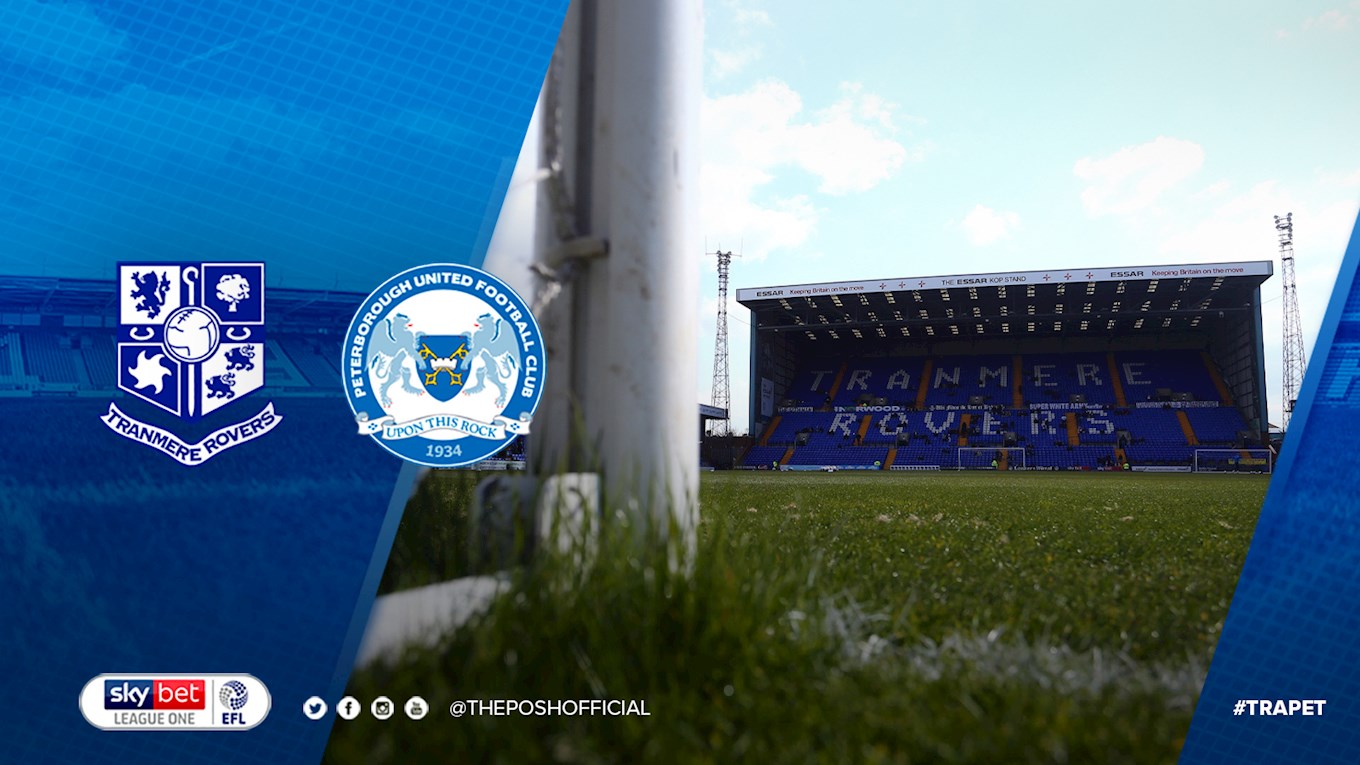 Posh are back in Sky Bet League One action on Tuesday night with a trip to Tranmere Rovers.

Peterborough United return to Sky Bet League One action on Tuesday night with a trip to Prenton Park to face Tranmere Rovers (7.45pm) with Darren Ferguson’s men looking to make it six wins in a row in all competitions.

Saturday’s 6-0 win over Rochdale, which was the biggest victory since the 7-1 success over Ipswich Town in 2011, also clocked up the fifth successive clean sheet, the first time since 2008 that feat had been clocked up.

Tranmere were promoted to League One last term after winning promotion from the National League. They are managed by former Shrewsbury Town boss Micky Mellon.

Posh are without the services of defender Frazer Blake-Tracy who is nearing full fitness following a muscle injury. George Boyd remains a doubt for the game after missing the weekend win due to a a slight hamstring injury.

Corey Blackett-Taylor is available for selection against the Posh after serving his three-game suspension. Manager Mellon confirmed that right-back Calum Woods sustained a calf injury during Saturday’s loss at Oxford.

“Tranmere on a Tuesday night away from home is always a difficult game and they have players who can hurt you in attack and they have good experience in the middle of the park. They are managed by Micky Mellon who has good experience and he is a good manager. We are in a good frame of mind though after the run of results we have been on,” Darren Ferguson said.

Posh had sold just over 120 tickets in advance of the game and they remain on sale until 10am on Tuesday at www.theposhtickets.com, via the Ticketmaster hotline 0844 847 1934 (Calls cost 7ppm plus your network access fee) and in person at the Weston Homes Stadium Ticket Office. The game is not all-ticket and fans can pay on the night at the turnstiles.