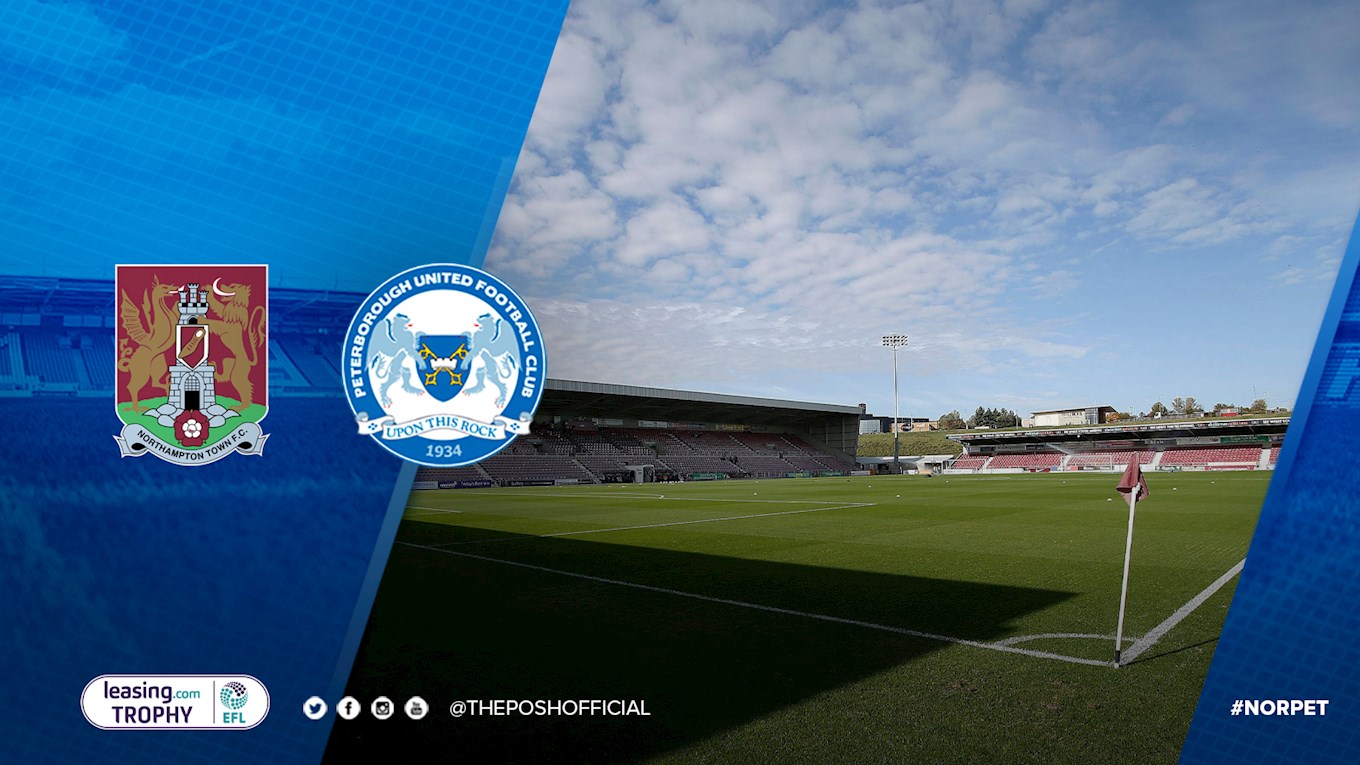 Darren Ferguson’s men look to make it four wins in a row at Northampton Town on Tuesday evening.

The EFL Trophy is back and it has a new title sponsor, the Leasing.com Trophy and Peterborough United begin their group stage games with a trip to the PTS Academy Stadium to face local rivals Northampton Town on Tuesday evening (7.30pm).

Arsenal under 21s and Cambridge United make up the other two teams in this group with Northampton already underway in the competition after winning on penalty kicks against Arsenal after a 1-1 draw last month.

Posh boss Darren Ferguson has confirmed he will make plenty of changes to his starting line-up for the clash with the Cobblers as he looks to give players’ who have yet to become regulars in his league team a run-out.

Nathan Thompson could make his first start for the club at right-back, while Harrison Burrows, Joe Ward, Siriki Dembele, Serhat Tasdemir and Idris Kanu could also feature. Dan Butler will start with Frazer Blake-Tracy side-lined due to injury.

Northampton were 3-1 winners over Plymouth Argyle at the weekend but like Posh, are expected to make changes to their line-up. Billy Waters could start after coming off the bench against the Pilgrims while Vadaine Oliver, Scott Pollock and Harry Smith are also in the frame.

“It is a local derby and it doesn’t matter what competition it is, that will ensure that it will be a competitive game. I am looking forward to seeing some of the players who haven’t featured as regularly get a game. We don’t have a fixture Saturday so we may arrange a friendly on Friday and we have an under 23 game against Bristol Rovers next Tuesday, so this is a perfect opportunity to get everyone up to the same level in terms of fitness. Dan Butler will start, I was impressed with him, but we will make changes from Saturday,” Darren Ferguson said.

“We’ve got a relatively new squad and when we sat down at the start of the season we were quite glad to have this block of fixtures with Saturday - Tuesday games. The best place to bond a group of players together is out on the pitch, I love training but nothing beats that buzz of a matchday. I enjoy winning games and I like to see good individual performances,” Northampton boss Keith Curle said.

Tickets are on sale at www.theposhtickets.com, via the Ticketmaster hotline 0844 847 1934 (calls cost 7ppm plus your network access fee) and at the Weston Homes Stadium Ticket Office until 2pm on Tuesday. The game is not all-ticket and Posh fans can pay on the day. It costs just £5 for adults. It is cash only at the turnstiles. Posh had sold 350 tickets in advance at 3pm on Monday.

Posh will be in the white kit for the game against the Cobblers.

The match referee is Josh Smith.