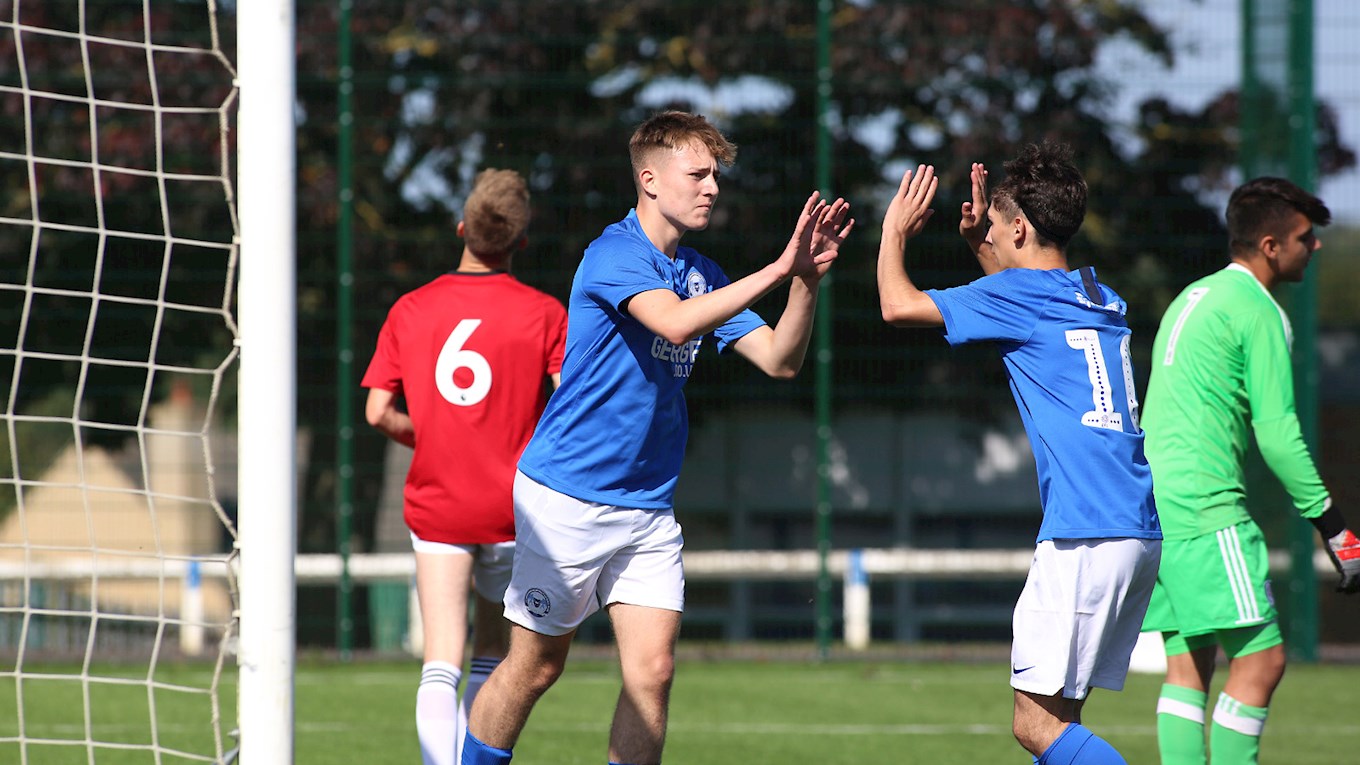 The Posh Scholarship had mixed results with the ‘A’ side recording a hard fought win with the ‘B’ team suffering defeat to Colchester.

On Wednesday 18th September the Sports Scholarship A-Team played their first home game of the season against Fulham.

Having tasted defeat last week Posh were hungry to make amends and started really well, scoring after five minutes. Rowell delivering a ball from the left hand side for Carter to finish. With Posh in the lead they started to relax and dominate the ball but failed to extend their lead after wasting two glorious opportunities. Fulham punished Posh for not being ruthless enough and equalised just before half time after scoring from a short corner.

Into the second half and Posh again took the lead after a minute from the restart. Good combination play in midfield allowed Blanco to slide Bayly through to finish for his second goal of the season. Posh soon added to their tally after a cross field ball from Rowell set up Carter to score his second of the game.

Despite being comfortably in the lead Posh made life hard for themselves, giving the ball away too easily and inviting Fulham to attack. Late in the game Fulham took this opportunity and pulled one back making the final minutes nervy for Posh, who managed to hold on to a 3-2 win. Next Wednesday Posh travel to Reading to play against last year's champions at the John Madejski Academy.

Posh arrived at Florence park the home of League 2 side Colchester United. Posh were in good spirits going into the opening fixture away from home. Posh started the game being pressed high with great intent from Colchester and Posh struggled to get out. Colchester went one up from pressing Posh well and an error in possession allowed Colchester to score.

The second goal came on the 30-minute mark as Baraonwicz made a good save and Colchester were first to react and tap in. Posh reacted well to conceding and started to move the ball around well, Snelling received the ball inside the half and touch out his feet and lob the keeper to score from 40 yards.

In the second half the hosts were under pressure as Posh were playing better football. However, Colchester’s number 8 went on a run past three players and beat the goalkeeper one on one to extend the lead.

Posh swung momentum their way after this, Posh played quickly from a free kick to a long ball down to Thomas who had a chance one on one. Another chance came for Muchina who was excellent up top, used his body well to then check back and defender clear it off the line. Finally, a chance came to Thomas who again had us effort cleared of the line.

The final save came from Baraonwicz who managed somehow to deny Colchester the fourth with a great reaction save.