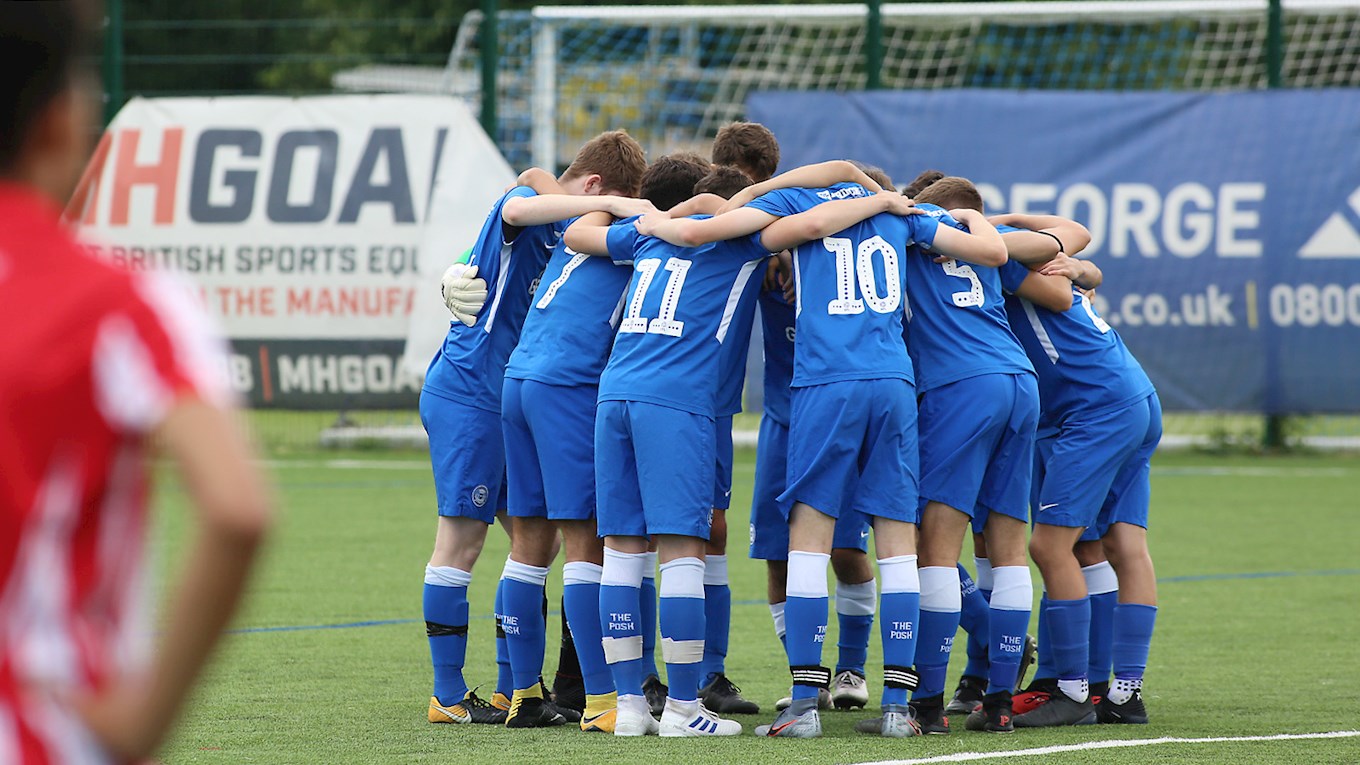 Latest From The Posh Scholarship Programme

On Wednesday 11th September the Sports Scholarship A-Team got their first taste of league action in their opening fixture against Crystal Palace.

Playing in the National Youth Football League for the first time, Posh were slow to react to the intensity of the game against a strong side that finished fourth in the league last season.

After making life hard for themselves Posh found themselves 1-0 down within the first five minutes from a free kick after giving a foul away on the edge of the penalty area. This was soon followed by another couple of goals as Posh struggled to get a foothold in the game. With a mountain to climb and halftime approaching, Posh finally started to get some success in the game and worked a couple of chances through Carter, Bayly and Bagdonavic but with nothing to show for it.

Into the second half and Posh looked like a side that were going to cause Crystal Palace problems. After good work from Palmer pressing well high up the pitch, Blanco was able to play a ball through to Bayly who calmly lifted the ball over the keeper for his first goal of the season. With renewed confidence in the team, Posh added a second goal after a corner from the left hand side was flicked on by Carter into the far corner.

With Posh firmly on the front foot, the fulltime whistle prevented Posh from adding more to their tally and had to deal with a 5-2 defeat. Despite the result, Posh will take positives from their second half performance which saw them win the half 2-1.

On Wednesday, Posh welcome Fulham to the Mick George Training Academy in their first home game of the season.