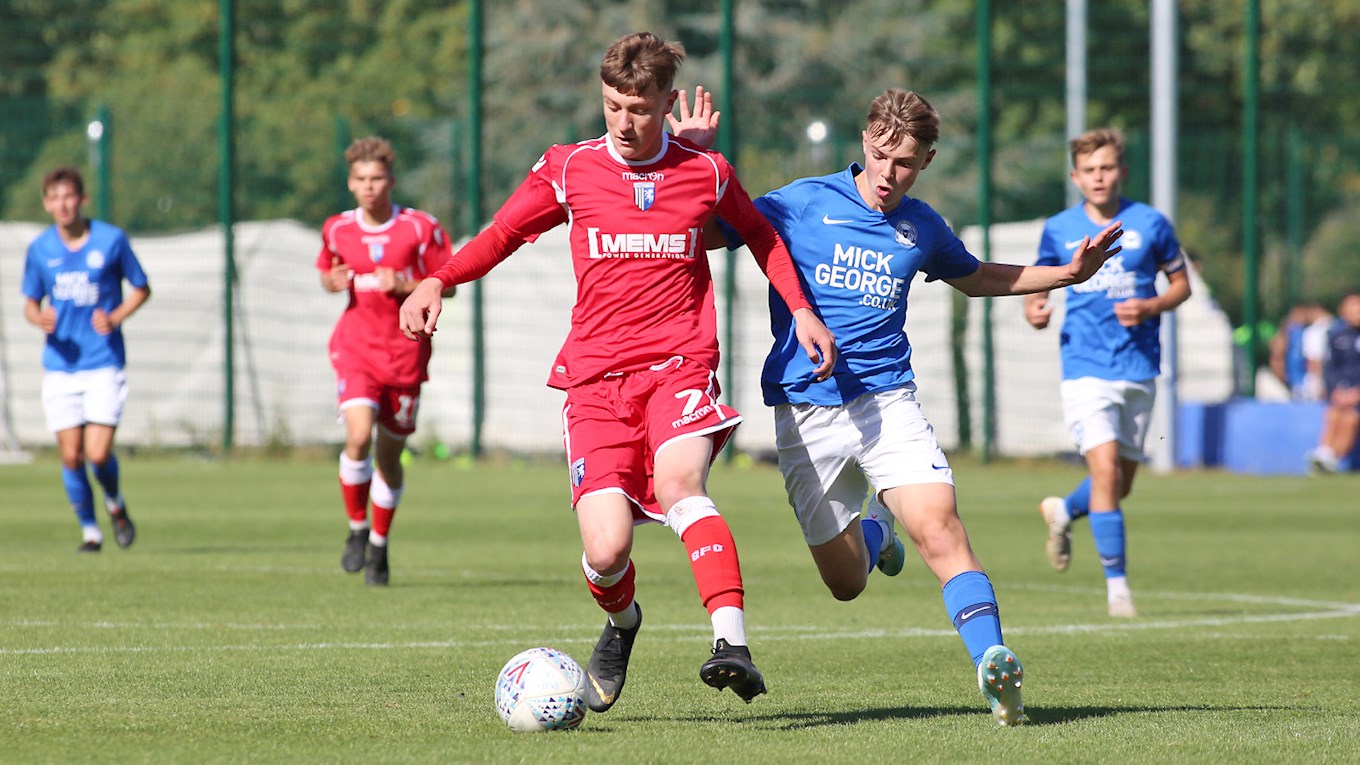 Posh under 18s salvage point from high-scoring draw against Gillingham.

The Peterborough United under 18s threw away a 2-0 and a 3-1 lead and were forced to settle for a point from a high-scoring encounter with Gillingham at the Mick George Training Academy on Saturday morning with Alfie Jones’ last gasp penalty eventually earning a share of the spoils.

Matthew Etherington’s men had enough chances to comfortably see off their opponents, but a combination of poor finishing and some sloppy defending allowed the visitors to come from behind and put themselves in a commanding position before Jones slotted home the spot-kick on 89 minutes.

“It was frustrating because after 15 minutes, we were 2-0 up and in control of the game. We conceded on around 25 minutes and it was a much more even game at that point. We weren’t clinical in that first period of the game and that was a frustrating element because we need to be more ruthless.

“We went 3-1 up on the hour mark and at that point, you should win the game but they scored three goals in 10 minutes and they were 4-3 up. We were sloppy defensively. Goals change game and it happened in this case. We weren’t resilient enough and that was disappointing, but we got a penalty in the last minute and a draw was the minimum we deserved,” Etherington said.