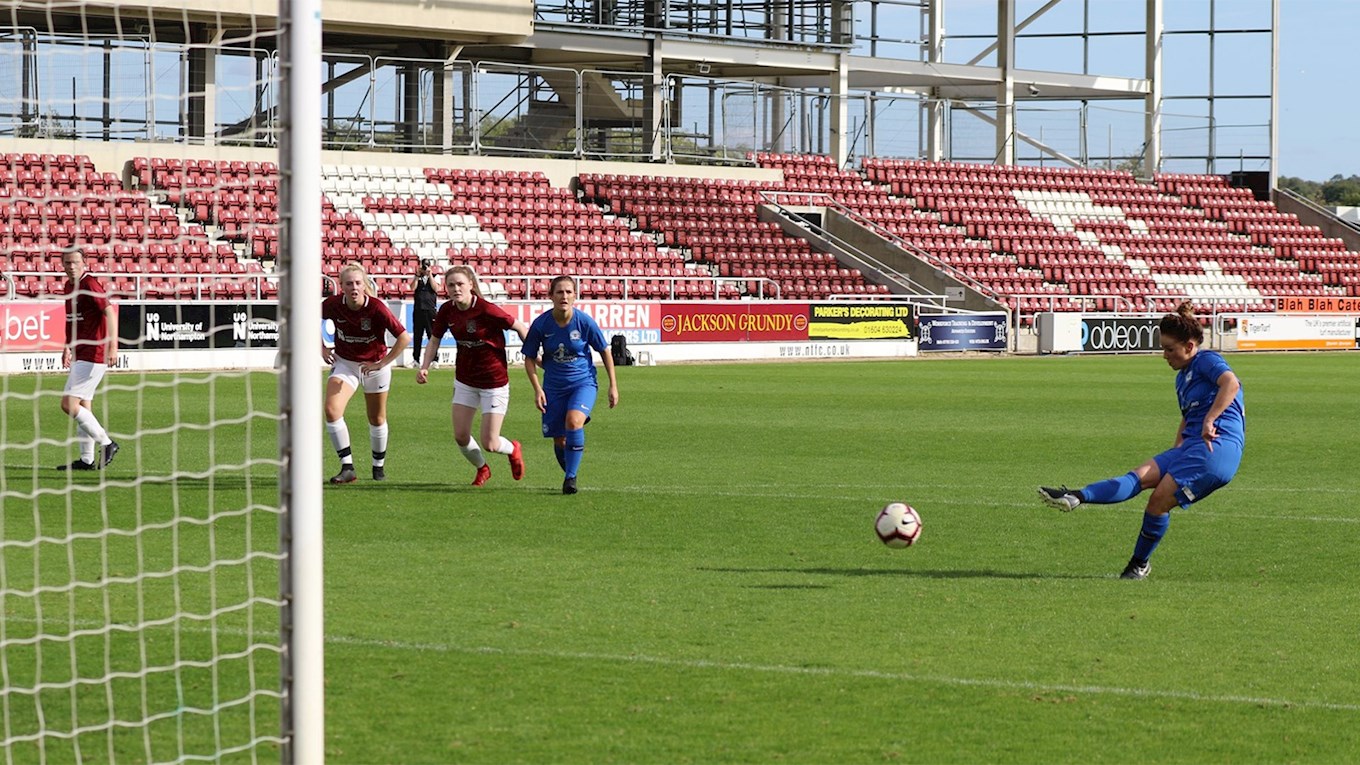 After picking up a point away to Mansfield Town last week, Posh were looking to secure their first win of the league campaign when they travelled to the PTS Academy Stadium to face Northampton Town on Sunday (15th September).

Posh started well and looked threatening going forward and went ahead after 20 minutes, when skipper Keir Perkins latched onto a through ball and lifted the ball over the oncoming Northampton keeper. Posh almost doubled their lead but forward Laura Beckett saw her effort denied by the post. It was Northampton who scored the second goal of the game, a driving run into the box and a heavy deflection saw it loop over Posh keeper Jenna Kiely to make it 1-1 going into the half time break.

Posh came out in the second half and continued to press for goals but it took until the 83rd minute for them to regain the lead, substitute Alice Macnicol converting at the back post from Hannah Pendred’s corner. Northampton pushed in the final stages for another equaliser, but Posh stood firm and striker Donna McGuigan won and converted a penalty in the final minutes of the game to round off a solid performance and important three points for Posh.