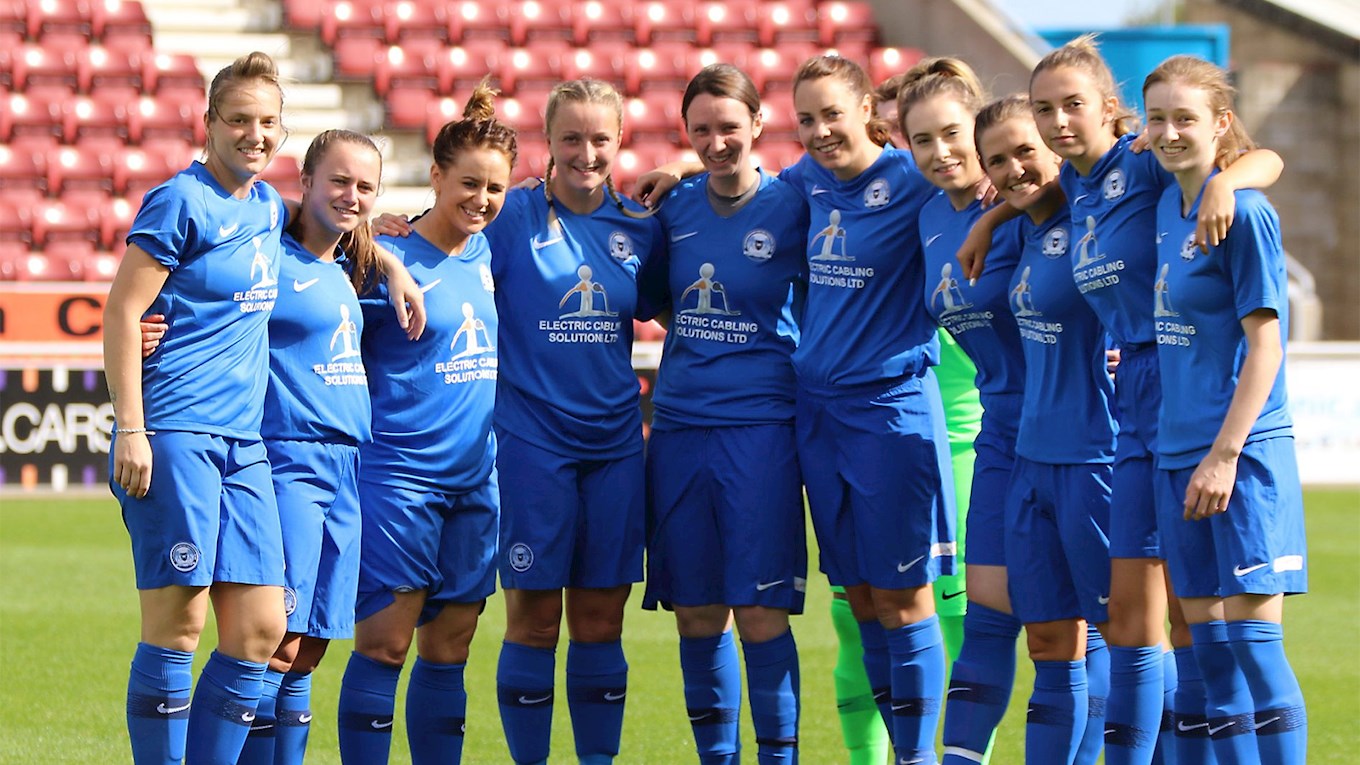 Ladies hoping to build on local derby win at Northampton Town in the FA Cup this weekend.

The Peterborough United Ladies entertain Oughtibridge WM Ladies in the first round (Qualifying) of the Women’s FA Cup on Sunday afternoon at the Mick George Training Academy (2pm) looking to build on last Sunday’s 3-1 victory over local rivals Northampton Town.

Kathryn Lusk’s side enjoyed a thumping 14-0 win over Thrapston Ladies in a preliminary round of the competition and will be looking to progress against a side who are in the same league and finished third, just behind Posh last term.

The two sides meet again in the league next week, but Lusk is not looking any further than this cup clash. “It was great to get the win last weekend against Northampton, momentum is always important going into any game. We face Oughtibridge in the Women’s FA Cup this weekend and then again at home in the league the following weekend, which is never ideal for either team.

“However, we have to focus on the cup game first and foremost. Cup competitions are very important to us and in this competition in particular, we always want to improve on the round we reached in the previous campaign.

“Personnel wise, we still have one or two who are on the road to recovery following long-term injuries but other than that, the players seem to be in good shape and as always, are ready to go.”

Megan Parrett, who created the goal for skipper Keir Perkins at the PTS Academy Stadium last weekend, used social media this week to encourage supporters to come down to the Mick George Training Academy. “We have a massive game on Sunday in the FA Cup, it would be great to have as much support as possible, it is free so come on down and watch.”

The game is expected to take place on the 4G surface at the training ground, which will be easily accessible on the day. Should the fixture be switched to grass, directions will be available to the correct pitch.