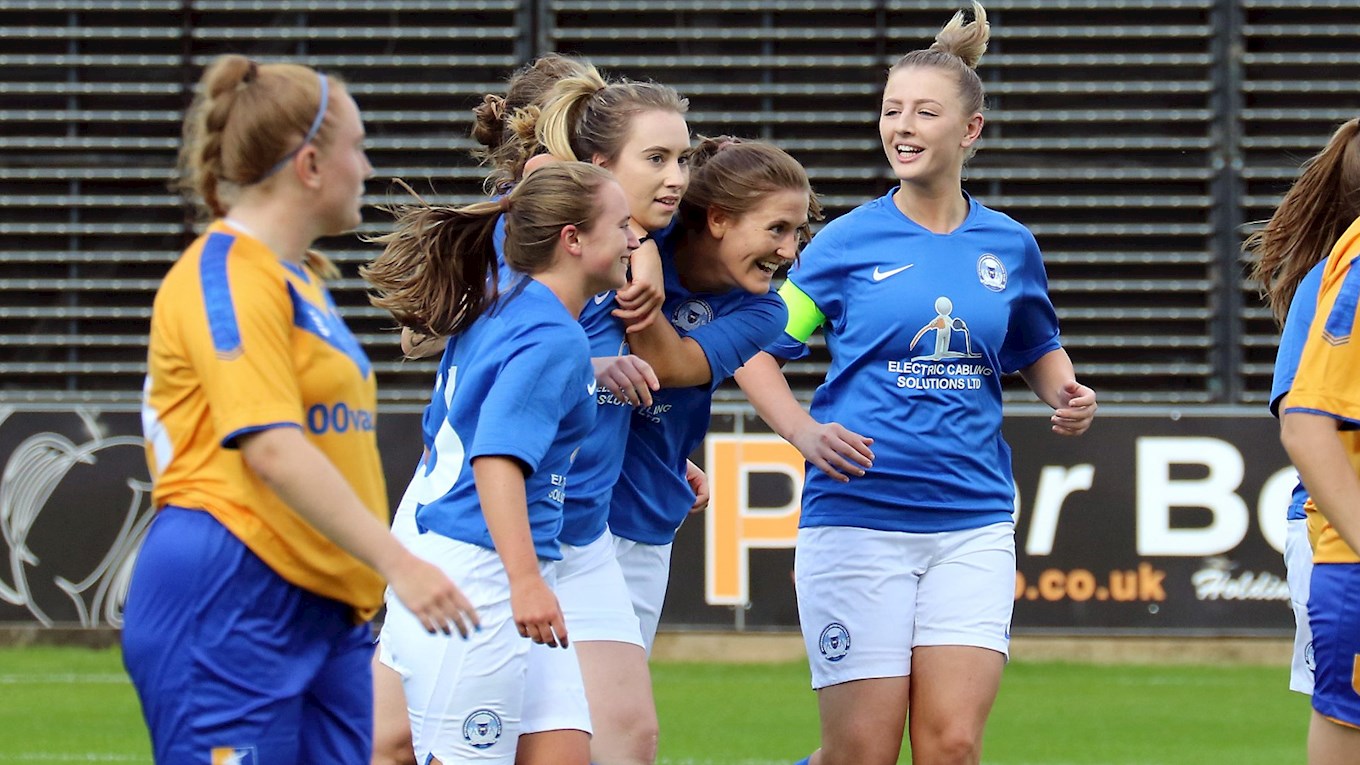 The Posh Ladies scored late on to earn a point at Mansfield Town in league opener.

The Peterborough United Ladies secured their first point of the season in a competitive league season opener away to Mansfield Town at the One Call Stadium on Sunday afternoon.

Posh found themselves 1-0 down in the opening few minutes but immediately bounced back to make it 1-1 thanks to a fine long range effort from Amy Challis. Posh settled and hit the woodwork from a Stacey McConville freekick, but it was the hosts who took the lead into the break. Posh tried to play the offside trap, which the assistant referee didn’t agree with and the Mansfield striker broke through on goal and slotted passed Posh keeper Jenna Kiely.

Posh tweaked their formation at half time and it seemed to pay off, with them looking more threatening going forward.

They had an effort from a corner scrabbled off the line and finally drew level for the second time in the game when Megan Parrett nodded the ball passed the Mansfield keeper in the final few minutes. Both teams played the game out in expansive fashion, but neither able to pinch the win.

The full-time score was 2-2, in a fiercely competitive game which in the end, could have been won by either side.