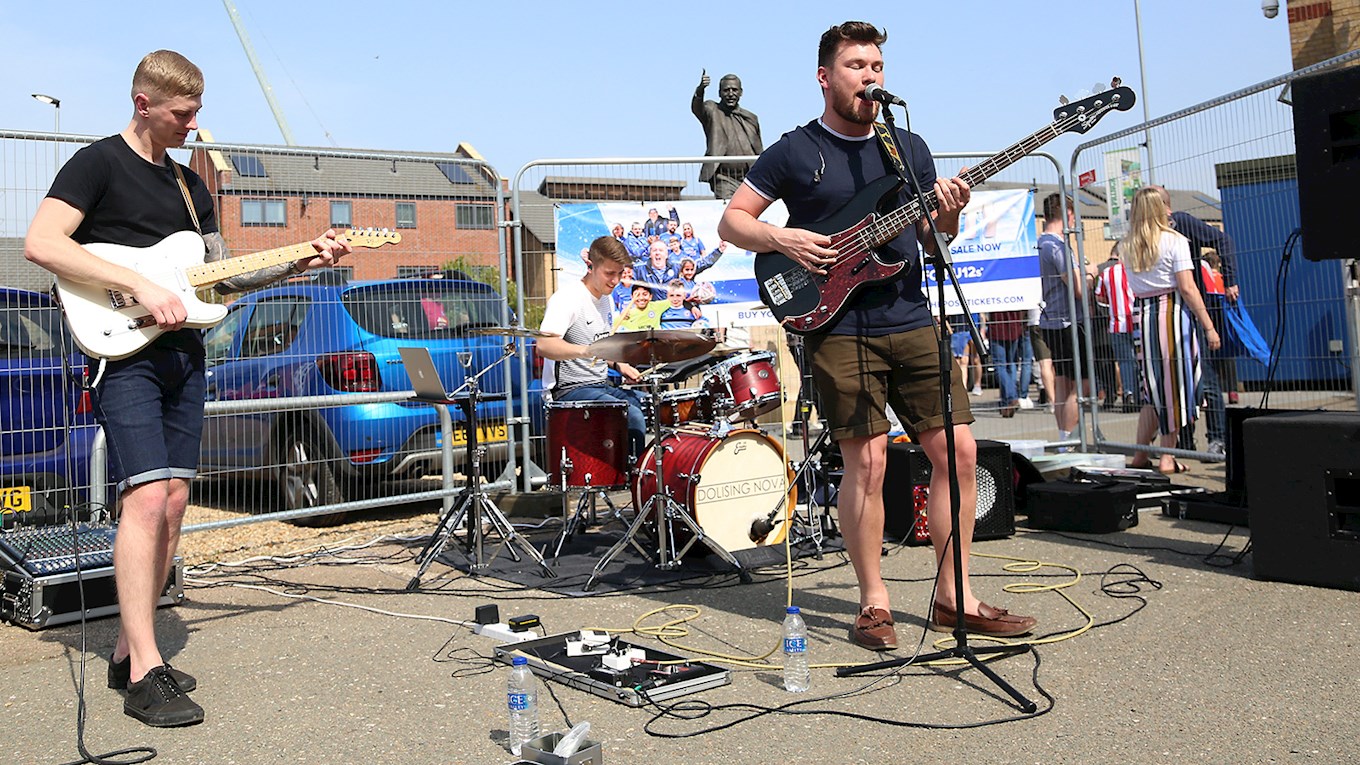 Over the past couple of years, Peterborough United have introduced many new initiatives to improve the match day experience for both home and away supporters.

One of these new ideas is the growth of the fan zone just outside the stadium’s walls – live music and different acts are given the chance to perform in front of the thousands of fans that take the trip around the Weston Homes Stadium on a matchday.

Each home game, we want a new act to perform to the fans of Peterborough United, and are giving all artists a chance to play their music in front of thousands of people that circulate the Weston Homes Stadium each matchday. Whether you’re worldwide famous, or a local band that plays in the pubs and bars of Peterborough, you’ll be given a stage and an area just outside the club shop to present your talent to the supporters.

Last year was the beginning of the growth, with bands such as Idolising Nova performing in the Fan Zone, who not only are a local group, but have also supported the Vamps on European tours, and have worked with producers of Jess Glyne and Clean Bandit’s music. Live music adds to the already existing buzz that surrounds a home game, and we as a club are striving for one of the best atmospheres in the league.

If you are interested in performing before a home game this season, please email jake.baxter@theposh.com for more information.