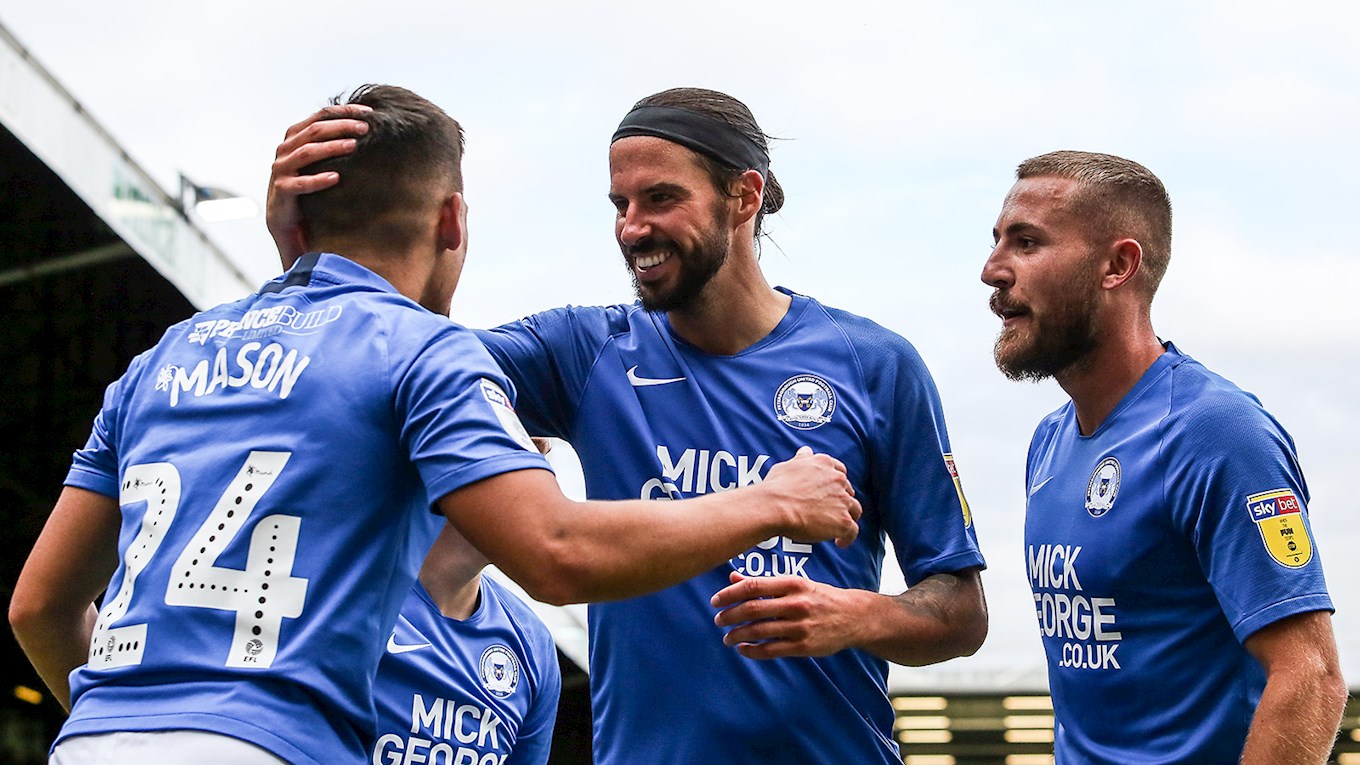 Midfielder George Boyd believes Saturday’s opposition will be a tough test for Posh.

Peterborough United entertain Rochdale at the Weston Homes Stadium on Saturday afternoon (3pm) after an enforced 10-day break due to the postponement of the scheduled League One clash at Shrewsbury Town due to international call-ups.

Midfielder George Boyd has admitted that nobody in the Posh camp wanted that postponement following four victories on the bounce in all competitions and believes in-form Dale will provide tough opposition as Posh look to make it five wins on the spin.

“We didn’t really want the break if I am honest, but we have had a good week’s training under our belts and looking forward to facing a side that are in good form and playing some excellent football. The team are still very much full of confidence despite the break and we are looking forward to the game coming up.

“With a new side, it does take time to gel but the team have been doing well defensively and that gives us a platform to get forward and score goals and we have players who can do that. The supporters have been great in the last two home games against Ipswich and Sunderland and I really enjoyed the atmosphere at MK Dons. Hopefully we can give them something to shout about on Saturday,” Boyd said.

Meanwhile, manager Darren Ferguson is under no illusions about the threat that Rochdale will pose. Their only defeat so far came against Sunderland and even then, reports suggest they were unlucky not to pocket a point.

“I watched that game against Sunderland and they were unlucky as they played well. They play through the thirds, we have to accept that there will be a spell in the game where they will have possession and we just have to remain patient. We may not have had a game for ten days, but that hasn’t affected the confidence in the group,” Ferguson said.

Tickets can be purchased for the game at www.theposhtickets.com, via the Ticketmaster hotline 0844 847 1934 (Calls cost 7ppm plus your network access fee) and in person at the Weston Homes Stadium Ticket Office.