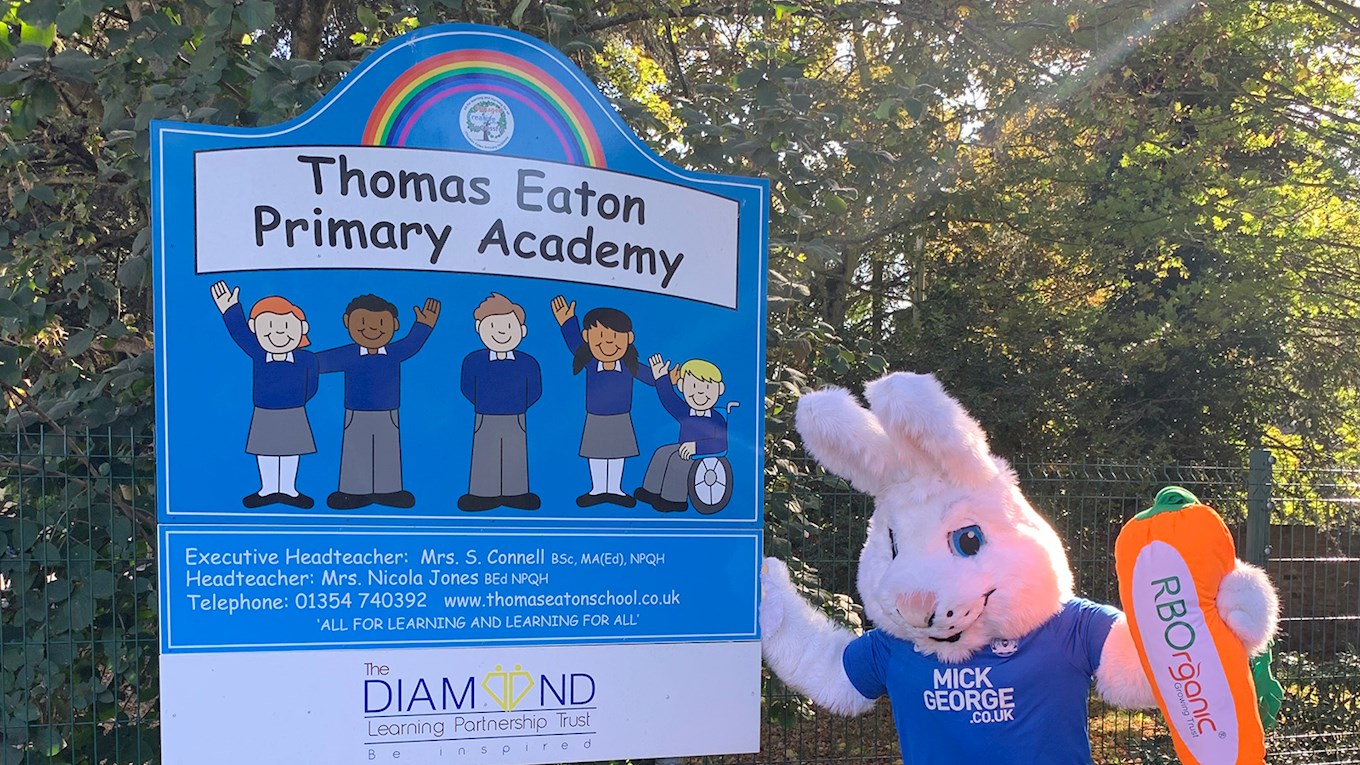 On Wednesday morning, the football club and mascot Peter Burrow visited Thomas Eaton Primary School in Wimblington as part of the Schools Initiative as we delivered a special assembly for youngsters.

Every pupil in the school received a FREE ticket to watch a forthcoming game at the Weston Homes Stadium with an adult also admitted free of charge. Press Officer Phil Adlam said: “We had previously visited Lionel Walden Primary School in Doddington which is about a mile away from Wimblington so it was great to be able to head there on Wednesday.

“They were very welcoming, kudos to the young girl who introduced the assembly in place of her headteacher who was unfortunately suffering with a lost voice. She was tremendous! We hope everyone enjoyed the assembly and look forward to welcoming youngsters to a forthcoming game at the Weston Homes Stadium.”