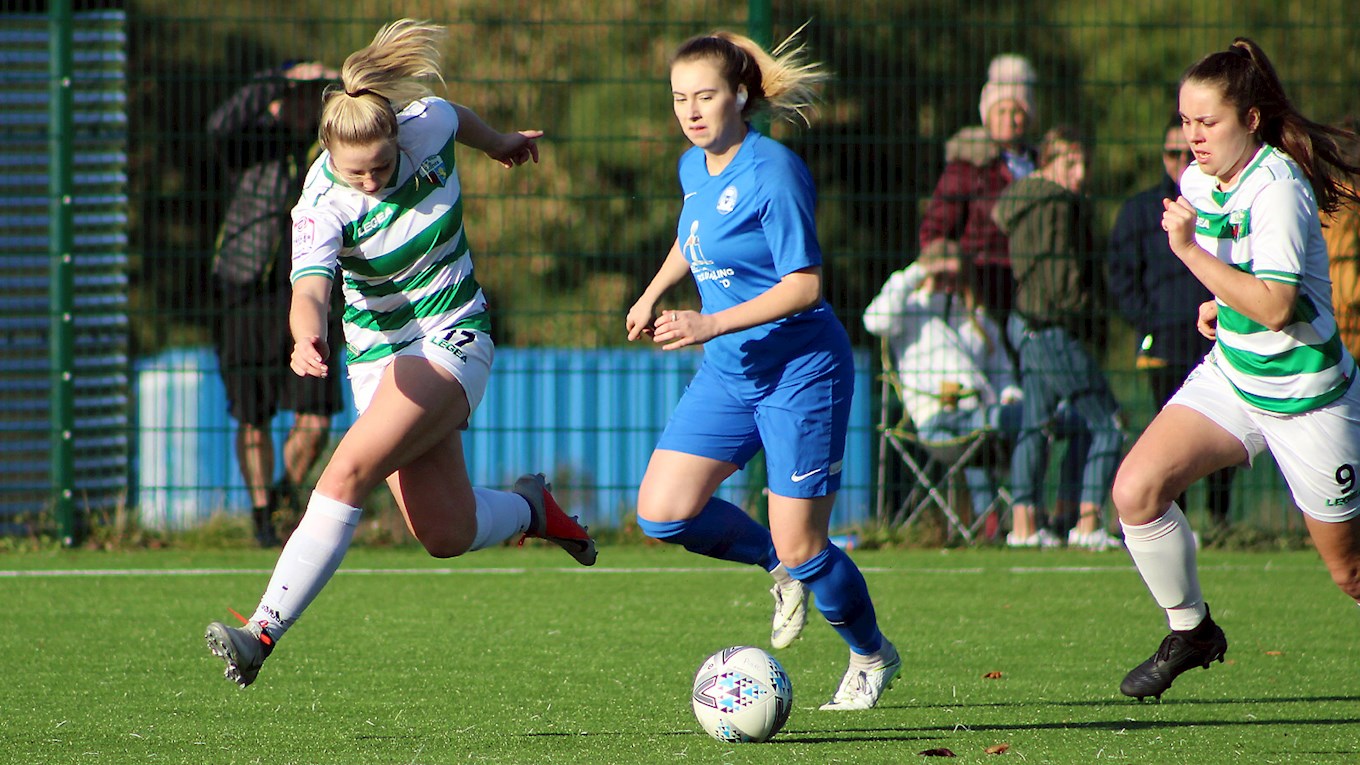 The Posh Ladies were beaten 3-2 by New Saints Ladies in final qualifying round of the FA Women’s Cup.

The Peterborough United Ladies narrowly failed to make it into the draw for the 1st round of the FA Women’s Cup after losing 3-2 to New Saints Ladies from the National Women’s League. The Ladies started well and after only 12 minutes a great through ball from Leah Crawford found Keir Perkins who shot past the keeper to make it 1-0.

Posh created a number of chances but failed to convert. Just 10 minutes before half time Posh’s stand in goalkeeper, Kathryn Lusk was carried off with a back injury and replaced by Laura Beckett. Posh seemed to momentarily lose their rhythm and within minutes conceded a controversial goal right on the stroke of half time to make it 1-1.

The second half saw the opposition mount attack after attack but it took until the 72nd minute before New Saints took the lead to make it 2-1. At that moment the momentum seemed to be with the opposition but in true Posh ‘never say die ‘ fashion Hannah Pendred in the 82nd minute drilled the ball across the goal for Donna McGuigan to smash home from close range to make it 2-2.

At that moment the game was heading into extra time but a final attack from the opposition in the 85th minute saw the Ladies concede to make it 3-2. This was a typical Cup match with chances for both teams. The Ladies should be proud of their achievements having run a higher League opposition so close.