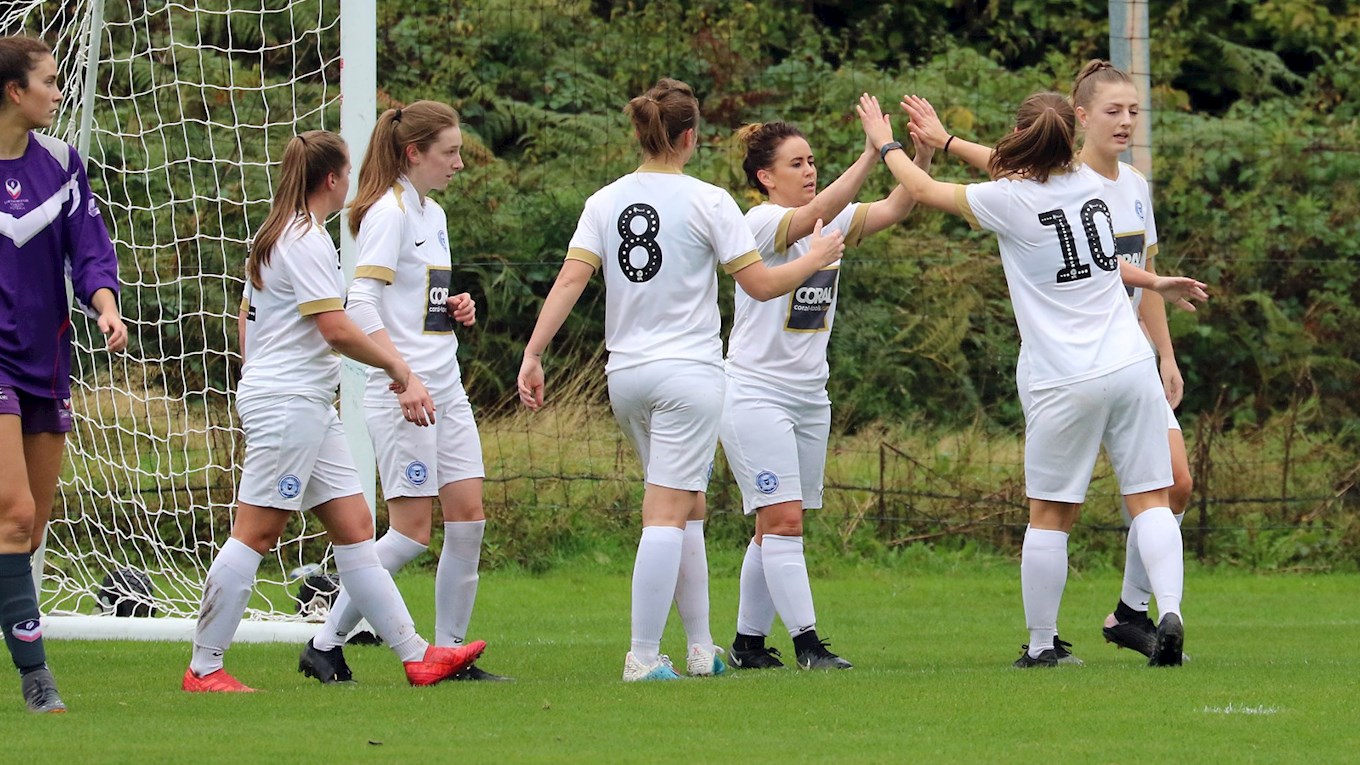 Posh Ladies secure emphatic 12-0 win away from home as they continue their fine recent form.

Peterborough United Ladies turned their attentions back to the league on Sunday (13th October) afternoon, when they travelled to Loughborough.

Posh flew out of the traps when captain Keir Perkins broke through the Loughborough defence and converted in the first attack of the game, inside the opening two minutes to make it 1-0. Posh only had to wait another eight minutes for their second of the game, when Laura Dodwell successfully pressured the Loughborough defender into making a mistake and quickly pounced and although her initial shot was saved, she made no mistake from the rebound.

Posh continued to look threatening but also displayed some excellent football, which led to the third goal. Donna McGuigan finished a fine move off with a header from a Perkins cross to make it 3-0 after 20 minutes. Moments after the restart, Perkins was again the goal scorer when she ran onto a pinpoint through ball from Stacey McConville to make it four.

Posh continued to probe and Amy Challis converted a tremendous effort from 25 yards out, which left the Loughborough goalkeeper with no chance of saving to make it 5-0. McConville then turned goalscorer for the sixth as she coolly converted from close range. McGuigan, who was lively throughout, won a penalty after a blatant push in the box and stepped up and scored to make it 7-0. Posh continued to play some great football and another fantastic move instigated by McGuigan saw
Hannah Pendred smash the ball home to make it 8-0. Dodwell finished the first half rout when she got onto the end of a Pendred cross to make it 9-0 at half time.

Posh added three more in the second half but it took until half way into the half for the next goal, this time thanks to Hollie Lewis. McConville and Pendred added the final two goals of the game to make it an emphatic 12-0 victory and more importantly meant that Posh took all three points.