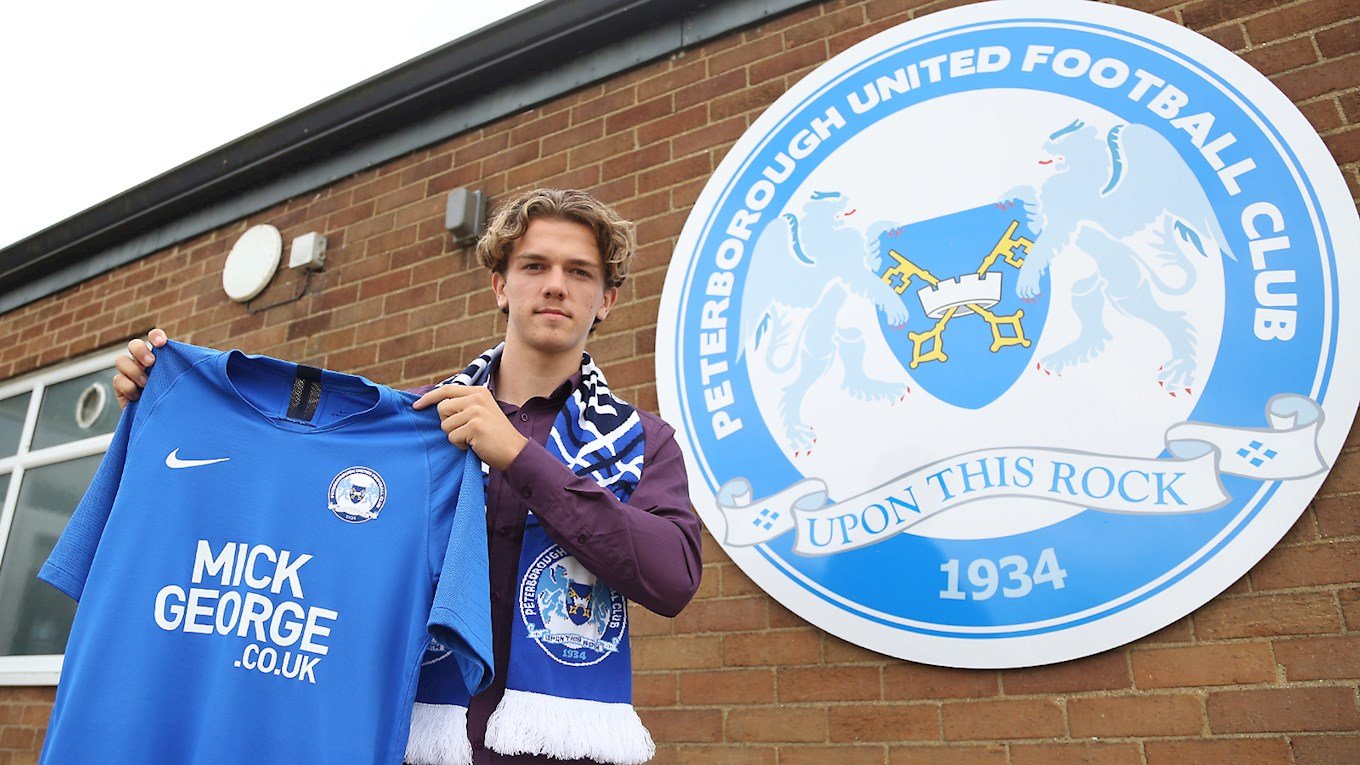 Peterborough United have secured the signing of defender Bobby Copping on two-year professional contract following his departure from Bury with the 18-year-old completing the formalities at the Mick George Training Academy on Monday afternoon.

Copping, who turned 18 just four days ago, made his first team debut for the Shakers aged just 16 in a Senior Lancashire Cup final against Fleetwood Town after also appearing for the under 23s. He was part of the Norwich City Academy prior to his move to Bury and since leaving the club following the expulsion of the club from the EFL, he has featured for Brighton and Hove Albion’s under 23 side.

Manager Darren Ferguson said: “We were made aware of him following the unfortunate events at Bury and he became available. Kieran Scarf, our Academy manager, made me aware of him. There has been a lot of interest in him, his agent spoke to Kieran about whether we would be interested. In the meantime, he played a game for Brighton against Chelsea and Brighton were very impressed by him but they have two very good young centre backs as it is already.

“I had a look at the footage and we have decided to sign him. We feel there is a lot of potential there. He has only just turned 18, he is a centre half, good size, was at Norwich as a kid so has a good upbringing and I am delighted to have him on board.

“As a centre half, I have looked at what I have in the first team squad and what I have below that, it made sense to do this deal because we wanted a young one. We are not going to throw him straight in, we will be patient with him, have a look at him and see how it goes. I have met him and his parents, they are a nice family. He was delighted to sign amidst a lot of interest so I am pleased to get him.”

A number of Copping’s team-mates have found other clubs following their enforced release from Bury and he admits he is delighted to be given the opportunity to further his career at the Weston Homes Stadium.

“The vibe I get at Peterborough is very similar to the one we had at Bury in terms of that togetherness and I am really pleased to be here. I have been made to feel wanted, the manager has been great with me and my family and it was a great day for all of us on Monday when the paperwork was completed.

“I know I have work ahead of me because I haven’t had much action over the last few weeks aside from the game at Brighton so I have been keeping myself in shape in the gym. The modern day centre back needs to have a lot of attributes but I like to say that I am a ball-playing centre half who likes to head, tackle and defend. It is a good opportunity for me here and I can’t wait to get started,” Copping said.