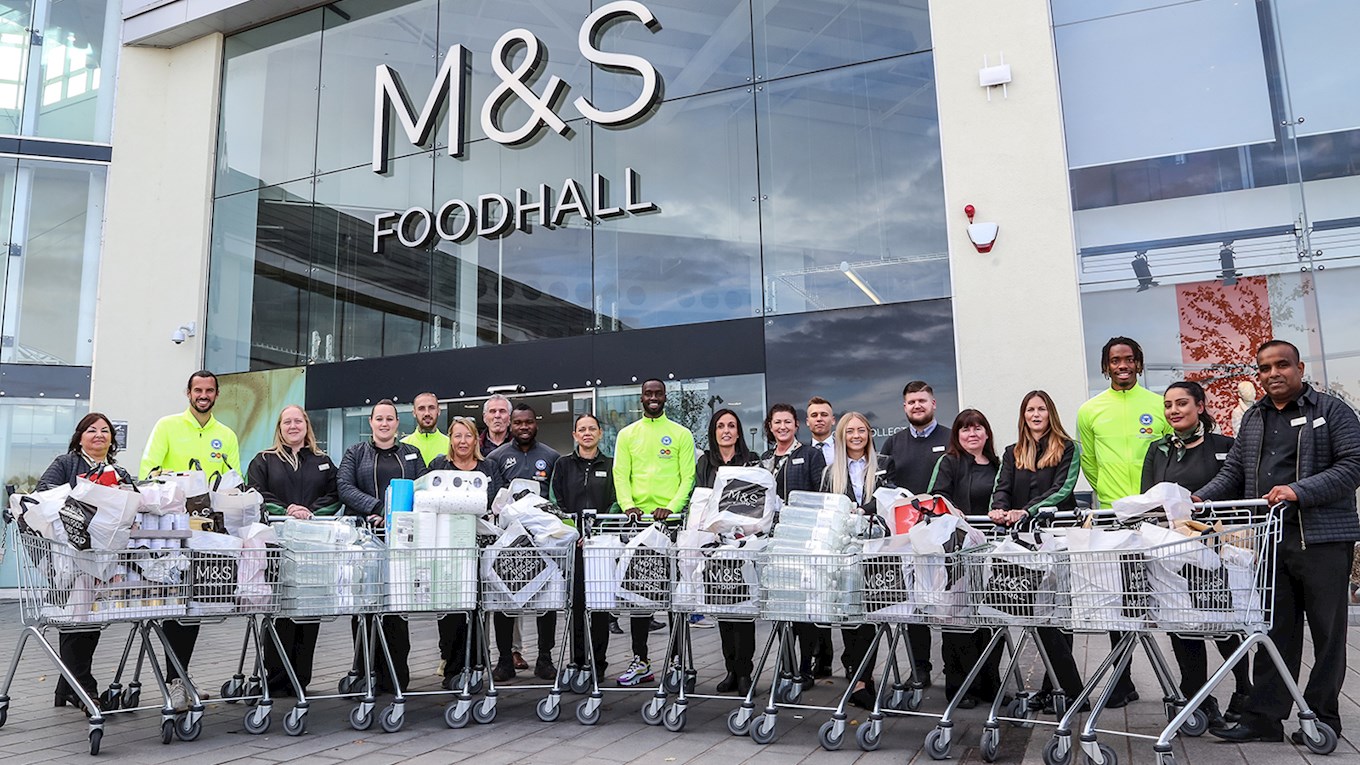 The club are harnessing the power of social media for good and calling on other football teams to follow their lead.

The Peterborough United first team squad and co-owners, spearheaded by first team coach Aaron Mclean have joined forces with Marks and Spencer to collect food and drinks for the city’s food bank for families and individuals in need, with the former Posh striker set to call on footballers across the country to do the same for their local community.

Mclean, who spent a hugely successful spell at the club as a player before re-joining last season as part of Darren Ferguson’s first team staff, came up with the idea alongside Angela Blanchett, an employee at the store and mother of friend and former team-mate Daniel Blanchett.

Mclean is hoping that through the power of social media he can encourage other footballers to help raise funds in the dressing room to help purchase food and drink for food banks up and down the country to ‘give back’ to those that need help within those communities.

“There is a lot of talk about the negative side of social media. I wanted to see how we can use it as a force of change. Footballers are in a privileged position, even in the lower leagues, we get paid to do a job that we love and it can be rewarding. Every football club in the EFL and the 20 teams in the Premier League are at the heart of their community.

“Angela works at the Marks and Spencer food hall in Serpentine Green in Peterborough and we were having a chat about how footballers could get involved. Her son Daniel used to play for the club and we are good mates now. It has snowballed a little from there. I spoke to the squad and they were all willing to contribute financially and the owners have also helped so we are now in a position to make that conversation a reality.”

Mclean will challenge other footballers, in a similar vein to the Ice Bucket Challenge which was a huge success in 2014 in uniting people for a cause, via Twitter, tagging them in and encouraging them to help finance a similar project with their local store and food bank.

“I really hope that it takes off like the Ice Bucket Challenge did. Hopefully footballers will see that they can make a massive impact in the city they play to help improve the lives of people that really rely on the food banks,” Mclean added.

On Thursday 10th October, Mclean, alongside Marcus Maddison, George Boyd, Ivan Toney and Mo Eisa purchased the food and drink in the store before helping to deliver the goods to the Food Bank Warehouse in Fengate where it will be ready to distribute.

Juliet Welch, Foodbank Manager, said: "It was great to see the players from Posh really getting involved to help support their local Foodbank. It is sad that we have seen a 50% increase in people accessing our foodbank, and as we rely totally on donated food the support from the players is very much appreciated, and hopefully will raise support from other football clubs to their local foodbanks."

If you wish to help donate food or drink to the Food Bank, you can do so and find out more information at https://www.trusselltrust.org/get-help/find-a-foodbank/peterborough/