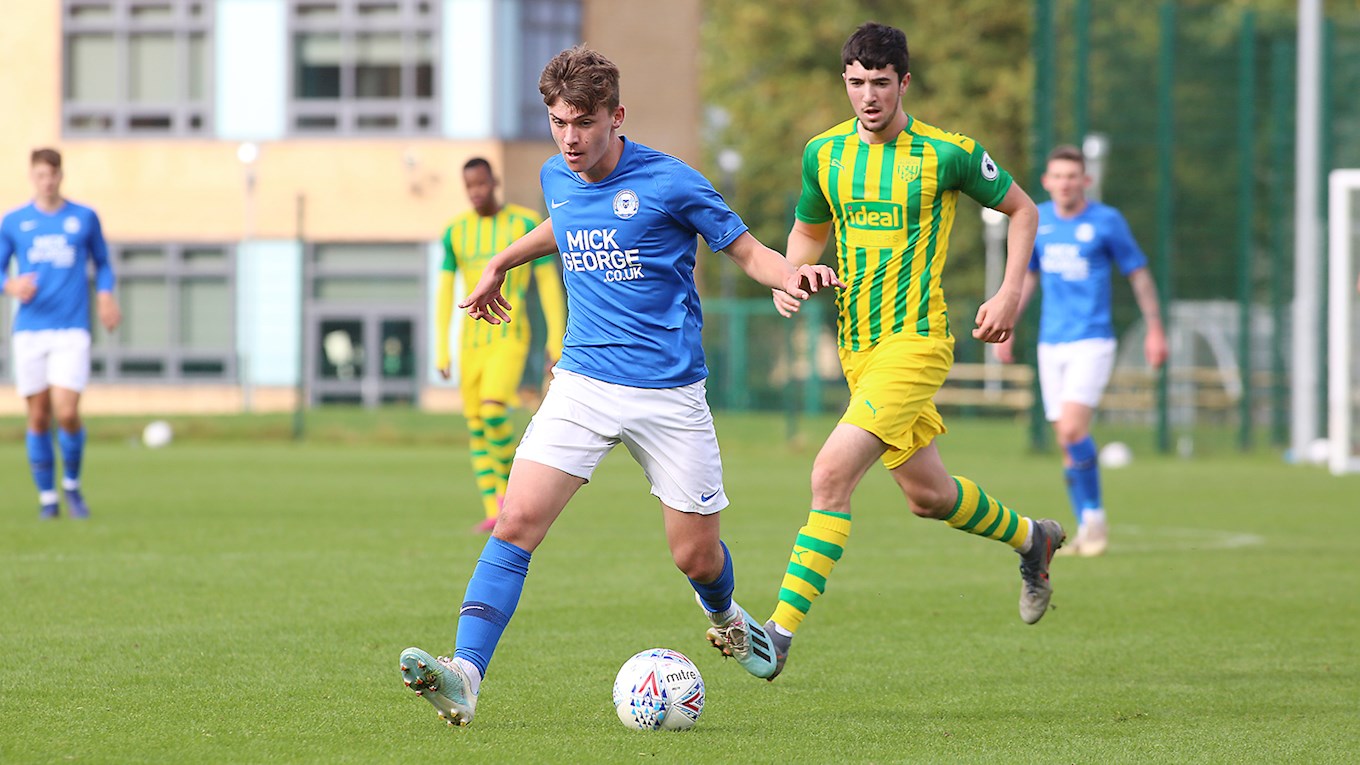 The Peterborough United reserves were beaten 4-3 at the Mick George Training Academy by West Bromwich Albion following an entertaining cup clash, which saw the visitors come from behind to secure the victory.

Posh fell behind inside the opening minute, but were soon on level terms as BURROWS let fly from distance, his right-footed effort took a deflection and looped into the top corner. Posh then got themselves in front as an effort from Dan Butler was fumbled by the keeper allowing BURROWS to tap home into an empty net from the rebound.

Posh extended the advantage from the spot after Burrows was felled by a defender, Idris KANU stepping up to send the keeper the wrong way from the spot. The visitors reduced the arrears just ahead of half-time from close-range.

Posh made a planned change at the break with Nathan Thompson withdrawn with 45 minutes under his belt following a spell on the side-lines with a groin problem. West Brom levelled the scores with a well-taken effort from long-range before taking the lead after a ball into the channel caused problems.

Alex Woodyard saw a header hit the post while Rhys Bennett was superbly denied by the keeper late on. Substitute Brad Rolt saw a rasping drive parried by the keeper before Bennett had the ball in the back of the net after diverting Burrow’s left-foot curler into the net, only to see the assistant referee with his flag up.

Conor O’Malley made two good stops between the sticks for Posh, but despite late pressure, his team-mates couldn’t force an equaliser.