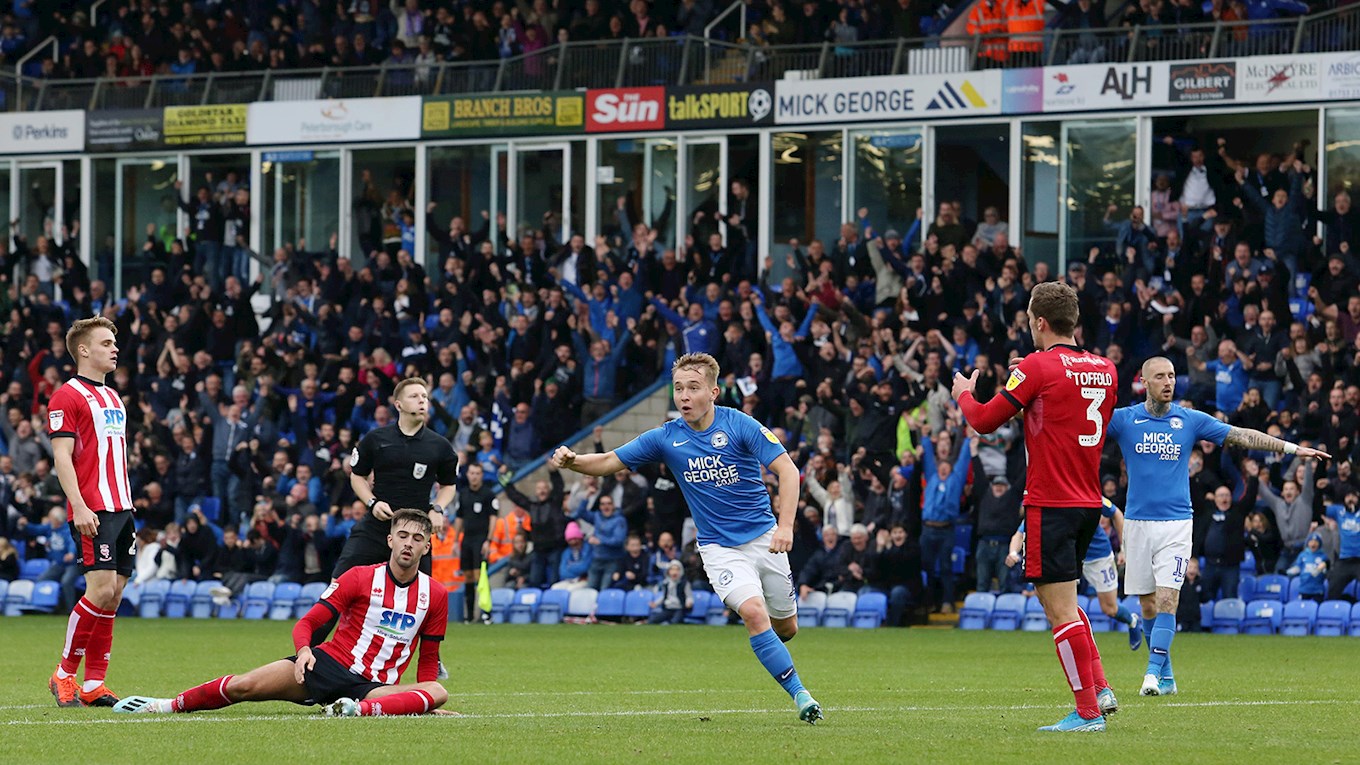 Posh make it four league wins at home on the spin and five in all competitions with home win over Lincoln City.

Louis Reed scored his first goal of the season, was sent off for a second bookable offence and found out he had been named the sponsors Man of the Match in the tunnel all within the space of 10 minutes as Peterborough United made it four league wins at home on the spin with a 2-0 victory over Lincoln City.

Marcus Maddison delivered a fine cross into the path of Ivan Toney on 10 minutes, but the striker saw his header deflected wide of the target. Maddison fired a free-kick well wide of the target moments later after Grant had been penalised for handball by referee Marc Edwards.

Knight saw a header from a Maddison corner cleared before Kent saw a downward header routinely stopped by Vickers as Mason recycled the ball back into the box. Shackell saw a header from a deep corner well blocked by Kent before Maddison fired over the top at the other end after wriggling into a bit of space 30-yards from goal.

Toffolo saw a low cross-shot go wide of the target on 43 minutes after a patient build-up from Michael Appleton’s men. On the stroke of half-time, goalkeeper Christy Pym produced a fine reaction stop to keep out a close-range volley from Tyler Walker.

O’Connor was cautioned moments later for an attempted lunge at Maddison as he raced clear. There was a lengthy stoppage at the start of the second half as Michael O’Connor sustained an injury right from kick-off with the medical team spending over five minutes attending to his injury, which appeared to be head or neck related.

Andrade sent a volley wide from 25-yards on the turn as the Imps tried to get their noses in front in this contest. Tom Pett then replaced O’Connor who was unable to continue following that earlier knock.

On the hour mark, Mason was cautioned for a foul on Grant as frustrations began to creep into the Posh play. Pett was booked for bringing down substitute Dembele on 72 minutes. The deadlock was broken on 82 minutes and what a strike it was from Louis REED for his first goal of the season, rifling home from the edge of the box after an intelligent lay-off from Toney.

Vickers did well to cling on to a curler from Maddison with Toney lurking for any spillages on 87 minutes. Posh doubled the lead in fine style on 88 minutes as an excellent clipped pass from Mason picked out TONEY and he superbly lobbed the keeper for his 10th goal of the campaign.

Moments later, Posh were reduced to 10-men as Reed was dismissed for a second bookable offence by the referee. Pym then tipped an Andrade free-kick around the post before Bolger headed a corner kick over the crossbar.

Pym then produced more heroics to keep out a towering Akinde header, somehow clawing it to safety as Posh tried to see out nine minutes of stoppage time.