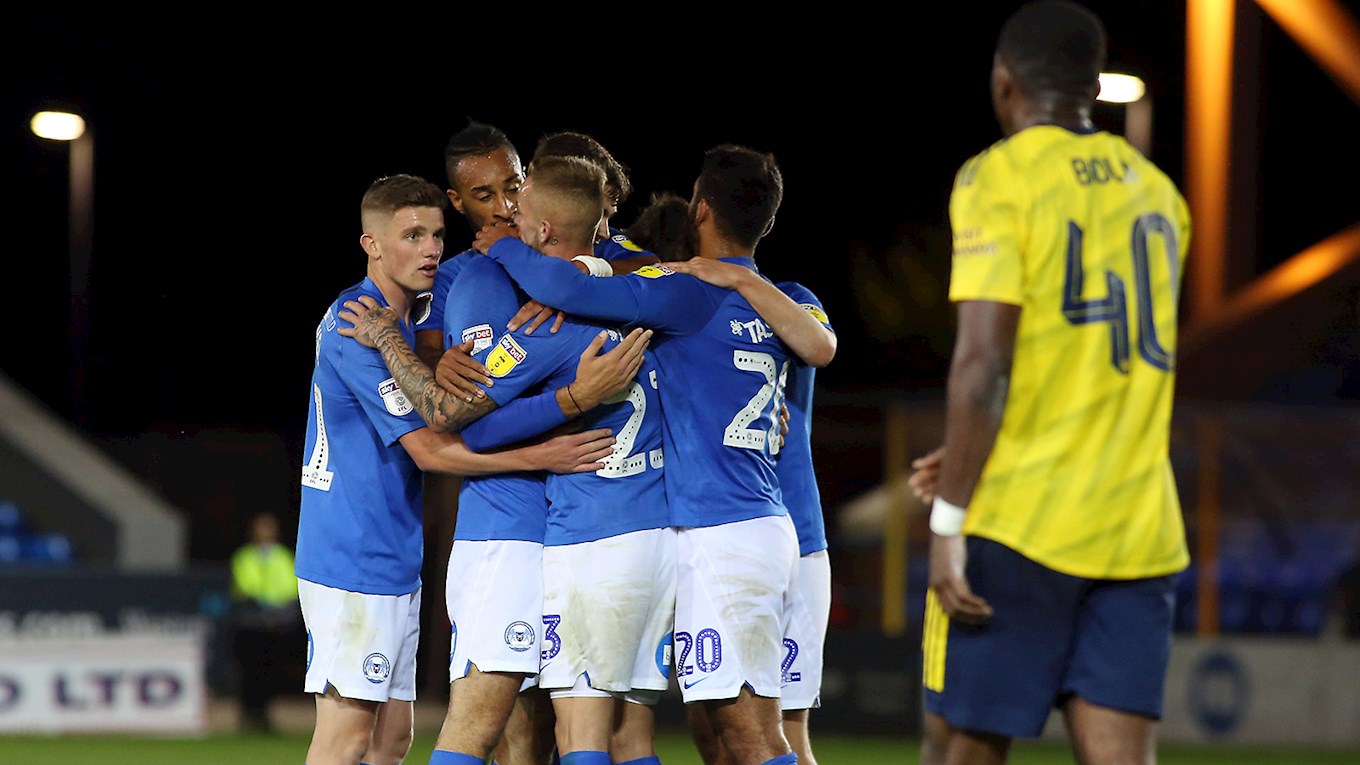 Posh sealed progression into the knockout phase of the Leasing.com Trophy with a narrow 1-0 win over Arsenal under 21s.

Peterborough United sealed their progress in the Leasing.com Trophy after a 1-0 victory over Arsenal’s under 21 side at the Weston Homes Stadium with over 3,000 supporters watching a much improved second half display which included the winning goal struck from the boot of Joe Ward.

Goalkeeper Christy Pym produced a fine stop to keep out Zak Swanson inside the opening 10 minutes as the visitors were the first to register a shot on goal. At the other end, Matt Macey produced a good stop on 25 minutes to keep out a ferocious effort from Siriki Dembele, who had initially done well to skip past two defenders in a tight area.

Macey had a more routine stop on 31 minutes as he kept out a low Serhat Tasdemir effort after a strong run from the 19-year-old from the central area of the pitch. Nathan Torney fired wide moments later as he was afforded a little too much room on the edge of the penalty area.

Macey was called upon again on 42 minutes to keep out a low effort from Joe Ward after a patient Posh build-up which featured some excellent strength from defender Butler. Greenward curled a free-kick over the top on the stroke of half-time.

Ward was cautioned for a foul in first half stoppage time by referee Christopher Sarginson. Macey produced a fine save on 57 minutes to keep out a low Kanu effort after good work from Tasdemir who was an increasing presence in proceedings playing just behind the front two.

Burrows blazed high and wide on the hour mark as Posh again created a bit of space just on the edge of the box following a good spell of pressure off the ball. Posh broke the deadlock on 66 minutes as an effort from range by Joe WARD took a deflection via the body of Medley and ended up in the back of the net with goalkeeper Macey wrong-footed.

Posh made their first change, moments after the visitors made a triple substitution, Ricky-Jade Jones on for Tasedmir on 78 minutes. Butler was denied by Macey in stoppage time after a marauding run which ended with a fierce right-footed effort from long-range.