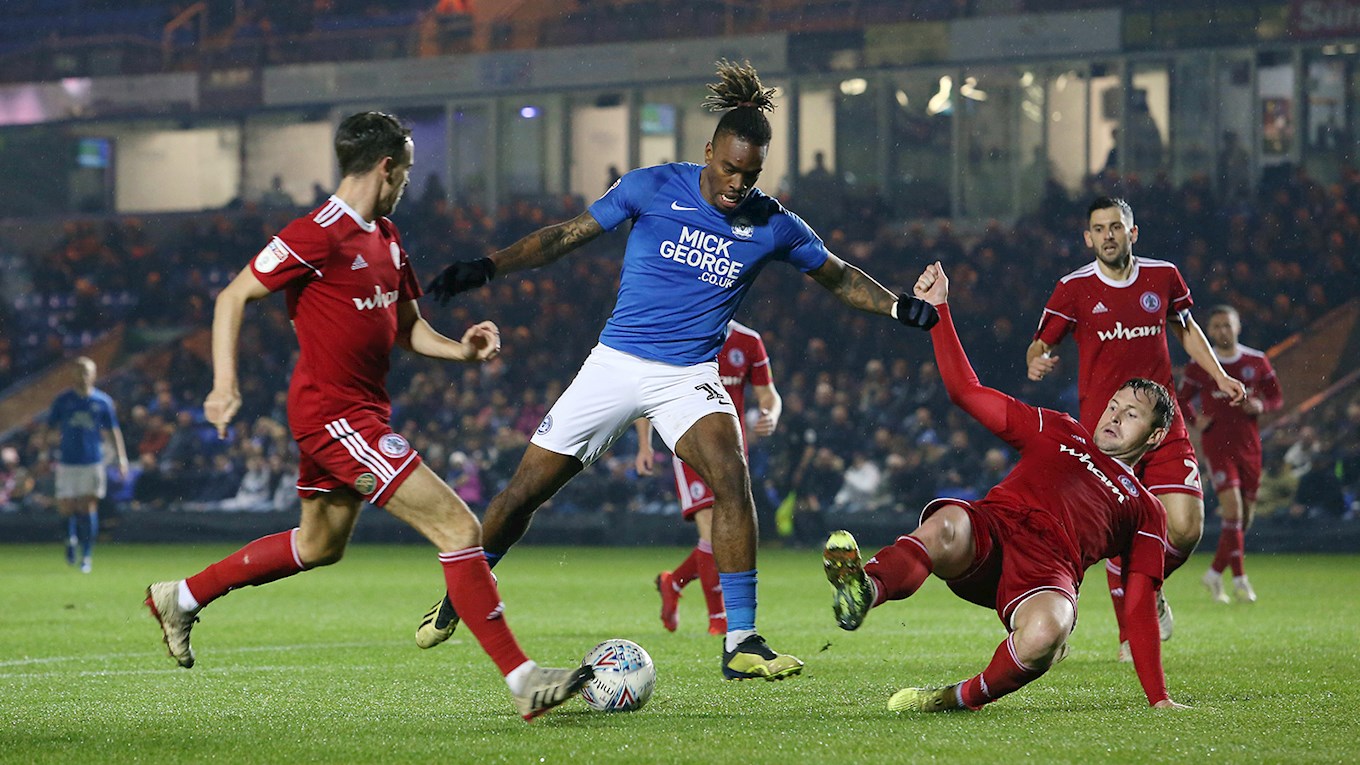 Peterborough United are top of League One after beating Accrington Stanley 4-0 at the Weston Homes Stadium.

Peterborough United leapfrogged Ipswich Town into top spot in the Sky Bet League One table after a 4-0 victory over Accrington Stanley with four second half goals condemning John Coleman’s men to defeat in front of nearly 6,000 supporters.

Ivan Toney was just unable to connect with a teasing Marcus Maddison centre on the quarter of an hour as Posh tried to get some rhythm into their game after a quiet start at the Weston Homes Stadium in the opening exchanges.

Maddison had a go himself moments later, but off balance he saw his effort from 25-yards drift wide of the target. Eisa saw a shot blocked on 21 minutes after Boyd and Toney combined to give him a shooting opportunity on his right-foot in the channel.

Bishop should have broken the deadlock on 29 minutes as Posh got themselves into a pickle at the back, the striker stabbing his effort into the ground and subsequently straight into the arms of a grateful Pym.

Louis Reed saw a piledriver bravely blocked by the Accrington defender on 32 minutes with the medical staff quick to race on as the player lay prostrate on the floor. Maguire received lengthy treatment, eight minutes in total, before being replaced by Phil Edwards.

Zanzala had the ball in the back of the net from close-range on the stroke of half-time after Pym did superbly well to tip a McConville free-kick onto the bar but the referee spotted a quite blatant handball. The fourth official indicated 12 minutes of added time following the lengthy stoppage for the injury to Maguire.

McConville fired over on the volley from a deep cross by Johnson in the ninth minute of first half injury time. Maddison fired wide of the near post four minutes into the second half after cutting inside onto his left-foot as Posh came close to a breakthrough.

Eisa should have scored on 50 minutes as the ball fell kindly to him as the visitors struggled to clear, the front man side-footing wide from 12-yards. Posh opened the scoring on 56 minutes as a wonderful raking pass from Reed picked out the onrushing MADDISON who took a touch, and cleverly dinked the ball over the advancing keeper.

Johnson was cautioned for a dive by referee Mr Purkiss on 65 minutes. Posh doubled the lead four minutes later as a sumptuous cross from Boyd was powered home by Ivan TONEY for his 11th goal of the campaign. Toney was cautioned for kicking the ball away on 77 minutes, his fourth booking of the season in the league.

Posh made it 3-0 on 85 minutes as an in-swinging corner from Ward was powered home at the near post by Frankie KENT for his first goal in Posh colours. Toney saw a header from a Ward cross kept out at the near post by Evtimov as Posh pushed for a fourth.

Posh made it 4-0 in stoppage time as substitute Siriki DEMBELE showed a great burst of pace to get to the ball and round keeper Evtimov and get a deserved goal.