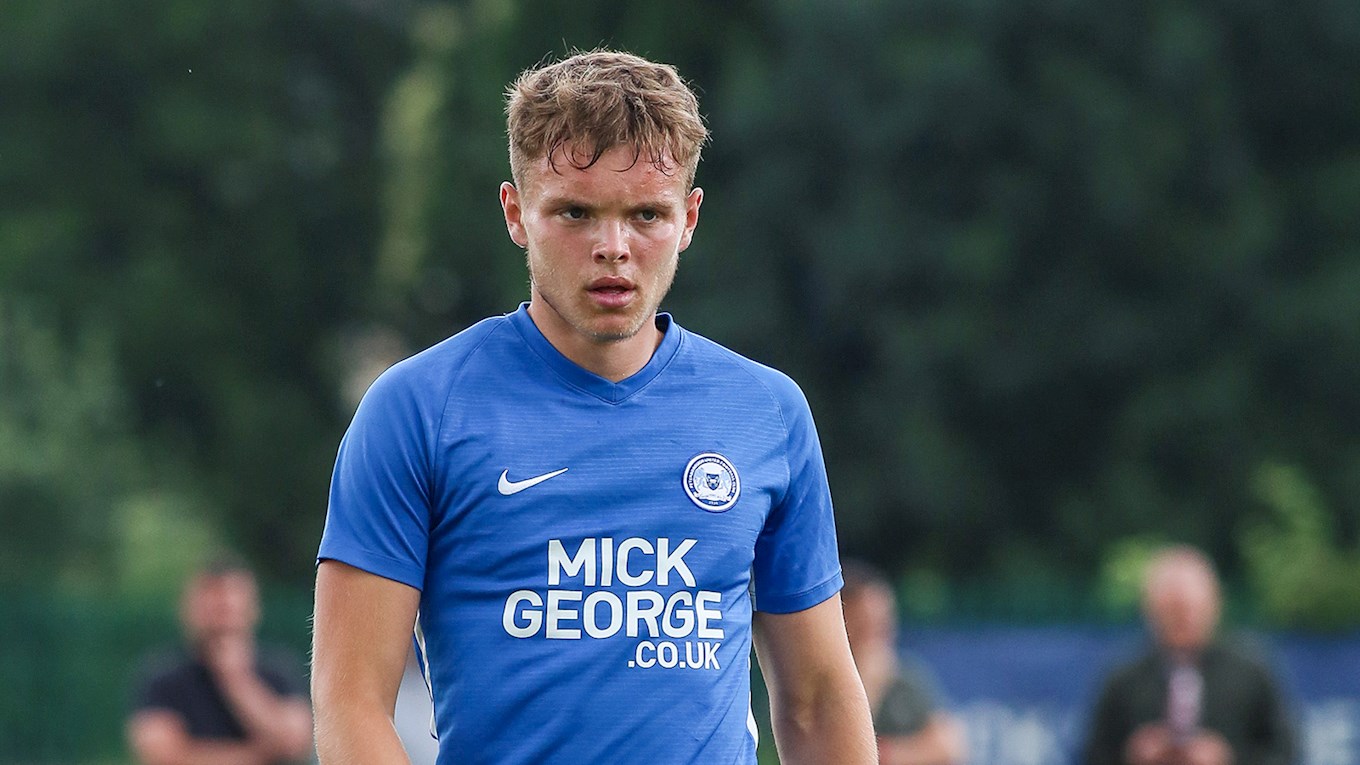 Posh under 18s move into top spot in the league after hard fought 1-0 win against AFC Wimbledon.

The Peterborough United under 18s leapfrogged Northampton Town into top spot in the Youth Alliance League ahead of clash between the two sides at the weekend with a Conor Peters goal earning a hard fought 1-0 victory over AFC Wimbledon on Saturday.

Peters converted a well-worked set-piece routine to seal the three points for Matthew Etherington’s men on a day where ‘resilience’ proved the word of the day. Posh goalkeeper Josh Allen made a couple of good saves, but the defenders in front of him had an excellent day with Peters and recent acquisition Bobby Copping putting in superb performances.

“We had to be resilient. We started the game well and caused them problems and then the opposition matched us up and went direct and for the remaining 60 minutes, we struggled to get our passing movements together and they were top for the majority of the game. They are one of the better sides that we have faced in the league home and away this season.

“Defensively we were brilliant, we limited them to very few opportunities and when they did get shots on our goal, Josh Allen made a few good saves. I thought we showed a different side of our game, we have dominated a lot of matches this season, this was more of a dogged display. You need those kind of performances sometimes when you are not at your best. I thought Bobby and Conor were outstanding.

“As a manager, it is hugely pleasing when you have to show a different side of your game and those different qualities shine through. We are heading in the right direction. It was good to score from a set-piece, we have been working on them, Conor did well to head back across the keeper and I was delighted with that.

“Mentally, a different challenge for the boys now because we are top of the league and face our closest rivals Northampton at the weekend. It is a good game for us, they will be desperate to beat us but if we can get the three points it puts us in a really strong position in the table,” Etherington said.