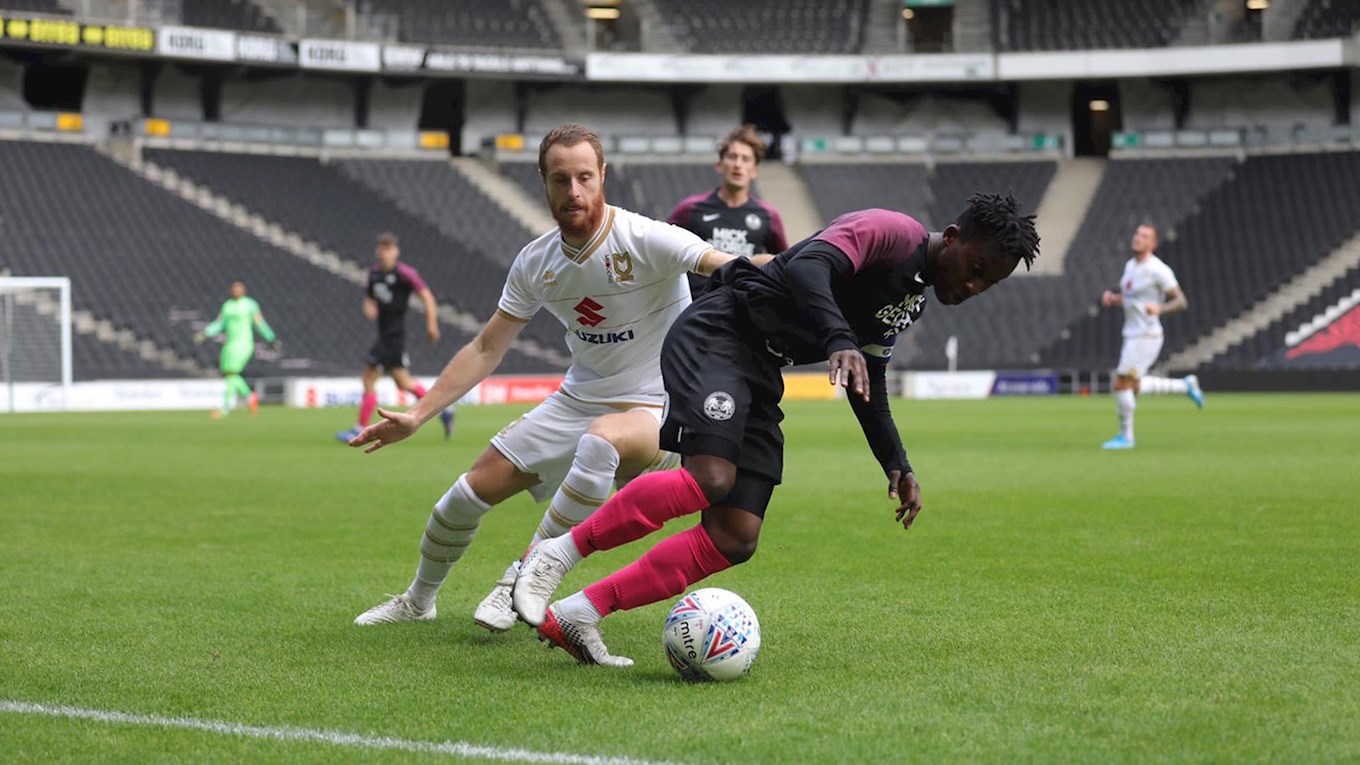 Posh made it two 4-0 wins at stadium: MK in three months as the reserves romp to big win.

Siriki Dembele scored twice, Harrison Burrows and Idris Kanu were also on target as the Peterborough United reserves eased to a 4-0 win against Milton Keynes Dons at stadium: MK in the latest league fixture.

Aaron Mclean’s side made a strong start to the league fixture at stadium: MK and were close to breaking the deadlock inside the opening 10 minutes after a strong run from captain Siriki Dembele saw him ghost past two defenders, but his eventual effort cleared the crossbar from the edge of the penalty area.

Serhat Tasdemir was next to try his luck after collecting possession 25-yards from goal, but his shot was deflected wide of the target. Posh broke the deadlock on 28 minutes and it was a fine goal in its creation, Dembele, Kanu and Tasdemir all involved before the latter chipped the ball into the path of the onrushing Harrison BURROWS, who saw his left-footed effort find the back of the net via the inside of the post.

On 37 minutes, Posh doubled the lead from the penalty spot as Idris Kanu was felled in the box following a mazy dribble; DEMBELE converting from the spot despite the best efforts of goalkeeper Stuart Moore.

On the stroke of half-time, Brennan Dickenson had a presentable opportunity with a set-piece, but ballooned his effort miles over the crossbar. Woodyard saw a shot blocked after good work from Butler before Posh extending their lead as DEMBELE skipped into the box and coolly finished from 10-yards past Moore.

Dembele fired wide following a similar run moments later before Burrows and Tasdemir saw efforts saved by Moore. Posh made it 4-0 on 63 minutes as a wonderful run and cross from Butler down the left was finished expertly from close-range by KANU.

Posh created further chances with Kanu, Burrows and Tasdemir all kept out by the overworked Moore while substitute Ricky-Jade Jones was denied by a double stop from the keeper as the game moved towards its conclusion.

Aaron Chapman was only called upon to make one save in the 90 minutes, keeping out a fierce drive from Brennan Dickenson late on. Boss Aaron Mclean said: “I was really pleased with the players. Their attitude was first class, we created plenty of opportunities and they have given themselves a chance of selection for Saturday’s game with Lincoln.”