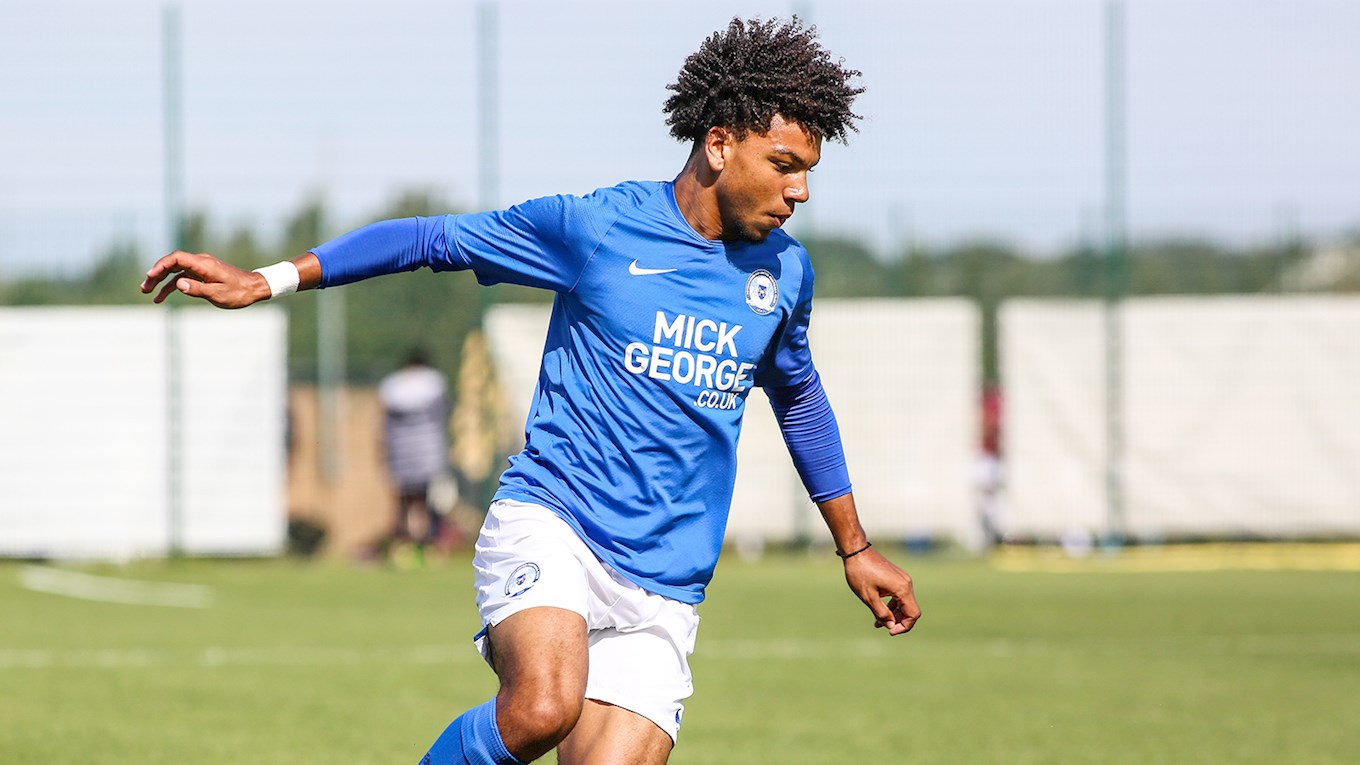 The Posh under 18s scored in stoppage time to secure another league win at the weekend.

The Peterborough United under 18s fought back from the disappointment of conceding an equaliser in the 87th minute to bag a last minute winner and keep their excellent run of form going with Taylor Horne’s 90th minute strike securing a 2-1 victory at Luton Town.

Ricky-Jade Jones had given Posh the lead with a shot on the turn after the Hatters had failed to clear a corner kick but it looked like the hosts would snatch a point when they levelled matters three minutes from time. However, Horne popped up with the winner to keep Posh and Northampton Town well out in front in the table.

Manager Matthew Etherington was pleased with the resilience his side showed. “We had to show some character, some resilience which is what is required sometimes. I said to the lads before the game that they have been showing those qualities this season which is a good sign and we demonstrated it again.

“We deserved the win, Luton weren’t bad going forward, they carried a threat, but we were the better side, played well for longer periods in the game and it was close to being a really good performance. In the end, I am happy with the victory because Luton are a club that are renowned for bringing youngsters through their Academy.

“We went there and looked the better team. Taylor Horne came on and scored the winner. We changed the shape a little bit and that enabled us to get the winner. We have scored some good goals this season, like the first team have, they weren’t brilliant goals in this win, but they were certainly effective.

“Luke Harris is up for the LFE September Goal of the Month award for a superb strike with his left-foot into the top corner. It would be good to see him win that. We are in a good position, ourselves and Northampton have opened up a bit of a cushion at the top but we have a difficult game at AFC Wimbledon this weekend.”