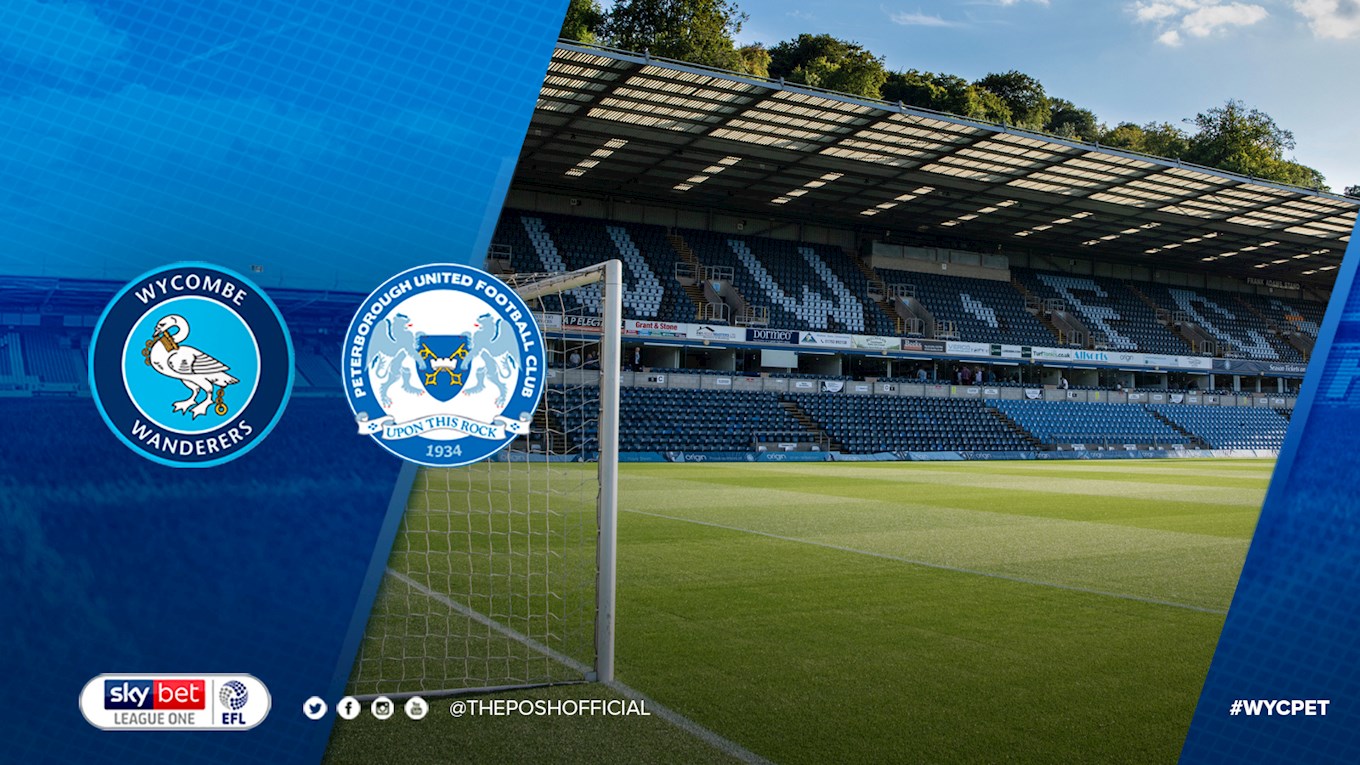 Posh also chalked up a 1-0 win over Arsenal under 21s on Tuesday evening meaning Ferguson’s men have lost just once in the last 10 games in all competitions, winning seven of them. Wycombe are in fine form themselves, with just one defeat in all competitions all season, that coming at Priestfield as Gillingham chalked up a 2-0 home success.

Posh are without the services of experienced defender Nathan Thompson due to a groin injury, but aside from him have a fully fit squad to choose from. Dan Butler and Frazer Blake-Tracy are in a strong battle for the left-back berth while others staked a claim for a first team berth thanks to good second half displays in the Leasing.com Trophy.

Joe Jacobson and Nick Freeman are in contention after injury while Rolando Aarons and Curtis Thompson are also back in the fold after spells on the sidelines and the Blues boss is awaiting news on Matt Bloomfield, who has suffered a series of sickening head injuries in recent games.

“Wycombe away is one of the toughest games on the calendar and particularly so this season as they deserve to be where they are in the table. They have a cracking manager in Gareth Ainsworth who has been there a long time and he has recruited well. They have some really good attacking players who can cause you problems.”

“Peterborough could well have held their own in the Championship in the past few years; they’re a bigger club than most in this league, with a good history, good chairman and a very talented manager in Darren Ferguson. Darren’s a good friend of mine; he’s been there on a couple of occasions when I’ve asked for advice and he’s got real experience to call upon. He’s always been great with me and I’m looking forward to seeing him again, pitting our wits against each other, and having a drink in my office afterwards.

“We expect them to be very strong going forward, and we know it’ll be a tough test for our backline. It’s not just one player we have to look at stopping, it’s the whole team, because they’ve got a lot of weapons they can call upon.

“It’ll be an interesting game; we’ve looked at them and what we need to do to stop them, but also what we can do to impose ourselves on them. We’ve been on this great run at home and scored a lot of goals ourselves, so we want that to continue and I believe in this group of players,” Gareth Ainsworth said.

At 9am on Friday, Posh had sold 440 tickets for the trip to Adams Park. The game is not all-ticket and there is no price rise on the day. Supporters can purchase tickets at www.theposhtickets.com, via the Ticketmaster hotline 0844 847 1934 (calls cost 7ppm plus your network access fee) and in person at the Weston Homes Stadium Ticket Office until 3pm on Friday.

Posh will be in all white for the fixture.