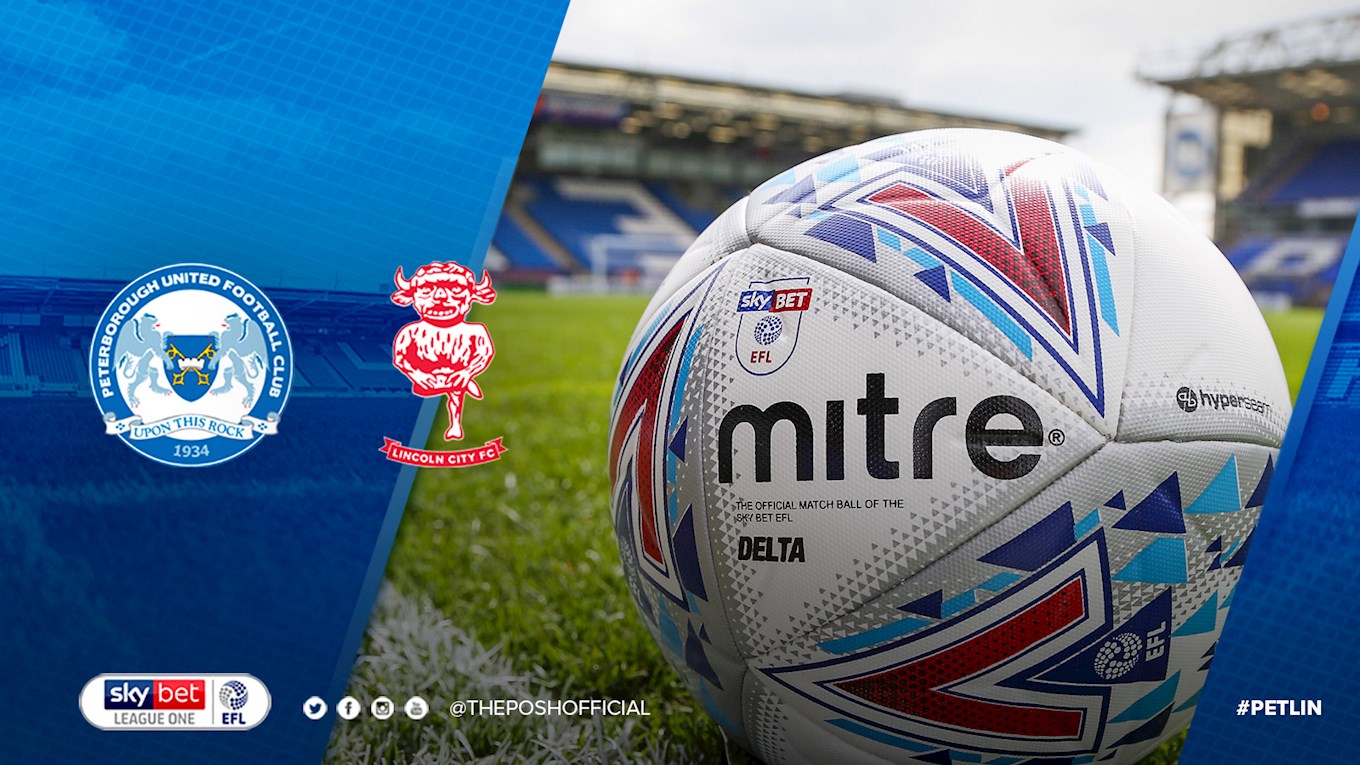 Lincoln City are the visitors on Saturday as Posh look to make it four league wins in a row at home.

Peterborough United welcome Lincoln City to the Weston Homes Stadium on Saturday afternoon (3pm) in Sky Bet League One action with Darren Ferguson’s men looking to make it four wins in a row in the league and five in all competitions in front of their own supporters.

Posh go into the game on the back of a 3-3 draw at Adams Park against Wycombe Wanderers while the Imps will be buoyed by their last display and victory, a 2-0 success over Sunderland, who parted company with their manager Jack Ross in the week.

The Posh boss has confirmed that defender Nathan Thompson has a chance of making the squad after making good progress following a groin problem. There are no other injury worries to contend with in the squad. Posh were 4-0 winners over MK Dons in the reserve league during the week with Siriki Dembele bagging a brace as he stakes his claim for a starting berth.

Lincoln are set to be without former Posh defender Michael Bostwick who has been sidelined with a calf problem. Harry Toffolo is set to face his former club while Harry Anderson came through the latter part of the Academy at the football club. Lee Frecklington is unlikely to be involved.

“Lincoln have changed their manager and he has already started to put his blueprint on the way they play. They have some good technical players, Jack Payne is a good attacking player and they have threats from wide areas. Lincoln at home was one of the first games I looked for when the fixtures came out,” Ferguson said.

“They’re very dangerous. A lot of League One managers up and down the country would love to have that type of artillery. But we’ve got some dangerous players ourselves. The key for us – and for many teams who come up against Peterborough – is to try and take that threat away and try to nullify the amount of balls that get played into those three in dangerous positions.

“As pleased as I’ve been with us in possession and the attacking threat we’ve posed, I’ve been just as pleased with how we have performed out of possession,” Lincoln City manager Michael Appleton said this week.

Lincoln had sold 2,720 at 9am on Friday and will occupy the Motorpoint Stand and the normal away accommodation in the North Stand. Ticket sales in home areas have been encouraging with tickets available at www.theposhtickets.com, via the Ticketmaster hotline 0844 847 1934 (Calls cost 7ppm plus your network access fee) and in person at the Weston Homes Stadium Ticket Office.

The fan zone will be open from 1pm, weather permitting, with plenty of fun for all the family. Remember, Peter’s Burrow in the South Stand concourse will be open with activities for the youngsters.