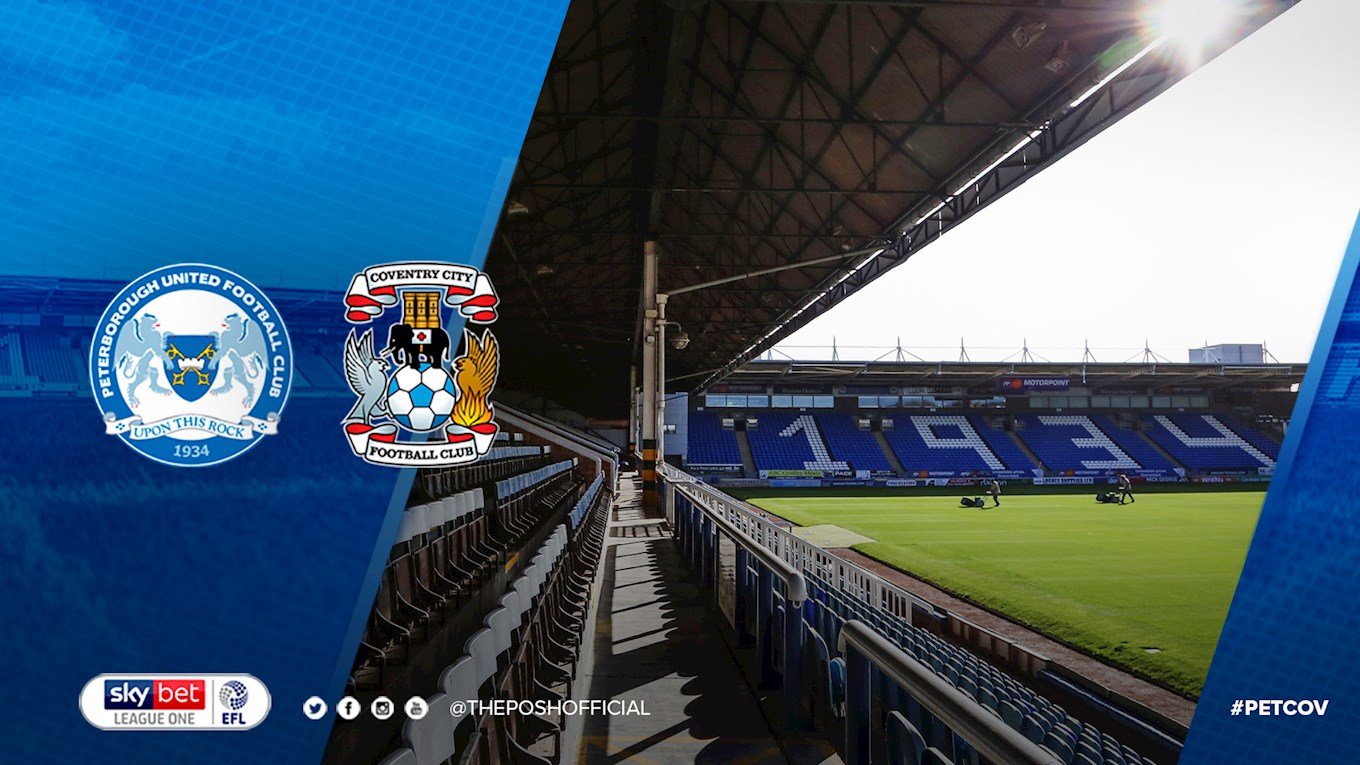 Peterborough United welcome Coventry City to the Weston Homes Stadium on Saturday afternoon (3pm) in Sky Bet League One action with Darren Ferguson’s men looking to make it six wins in a row in front of their own supporters in the league and seventh in all competitions.

City will provide a stern test for Ferguson’s men though, they arrive in fourth place in the league table following a midweek 2-1 victory over Fleetwood Town. Coventry currently play their home games at Birmingham City’s stadium so all fixtures are technically away from home.

Posh are expected to name an unchanged starting line-up for the clash with no injury worries to content with. Siriki Dembele is pushing for a start after a goal from the substitutes bench against Accrington Stanley in midweek.

Coventry have been without the services of former Posh striker Matt Godden due to injury in the last two games, but he could return to the squad. Godden has skippered the Coventry side in recent weeks too. Fellow front man Jordy Hiwula is also a doubt after coming off at half-time during their win in midweek.

“Coventry are a good side, you only have to look at the league table for that, they sit fourth and they can draw level with ourselves with a win. They have good attacking players, are lively on the counter attack and have scored a few goals at difficult places to visit like Oxford United. We know that we have had a good start to the week with six points, but we want to finish it off with a victory, then it would be a great week,” Ferguson said.

“They’ve got themselves to the top of the division and I think that’s going to change plenty over the remainder of the season, but they’ve got themselves on top and they ’ll be looking to hammer that home. They’re a good side, Darren’s sides are always entertaining and always score goals and they’re no different this season and we have to go and find a way of imposing our game on them, it’s no different.

“Away from home against the top of the league we should have some confidence from the other night and go into this game with the belief that we can take three points. I think we have to go and try and impose our game.

“Clearly, they’ve got threats all over the pitch, they’ve made some really good acquisitions over the summer and they’re firing, but again they’ve lost some games as well, so you have to focus on that.

“There’s nobody in the division who’s unbeatable and I think it’s a game we should look forward to definitely,” Mark Robins said this week.

Tickets for the game are available at www.theposhtickets.com, via the Ticketmaster hotline 0844 847 1934 (Calls cost 7ppm plus your network access fee) and in person at the Weston Homes Stadium Ticket Office. Coventry have sold 1,300 tickets and have been allocated the Motorpoint Stand for his fixture.

Due to the predicted poor weather, the club have closed the fan zone for this game. Peter’s Burrow will be open in the concourse of the BGL Stand, where entertainment will also be provided via the Salvation Army.