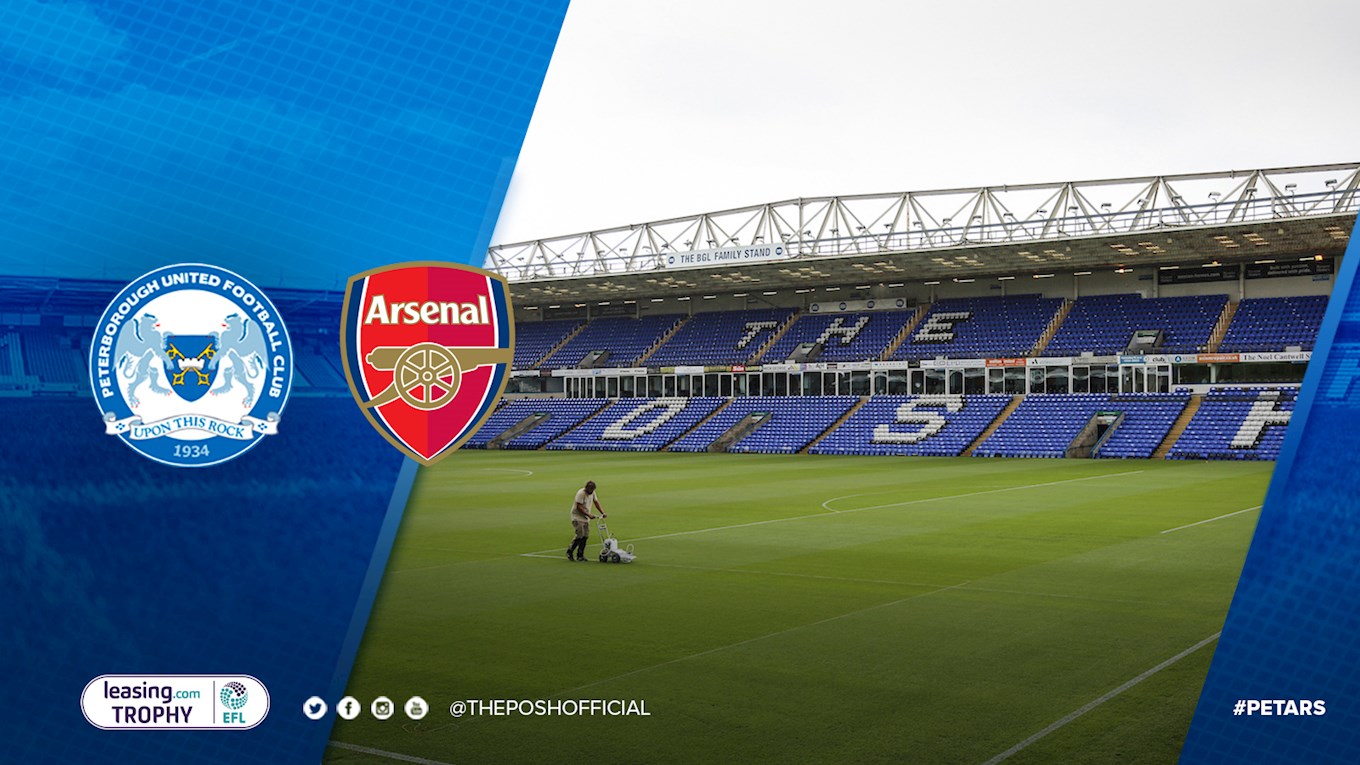 Posh are set to field a young side for the meeting with the Gunners.

Peterborough United entertain Arsenal under 21s in the second group stage game of the Leasing.com Trophy at the Weston Homes Stadium on Tuesday evening (7.30pm) and manager Darren Ferguson has confirmed that his starting line-up will feature a number of youngsters looking to impress.

The Posh boss confirmed in his pre-match press conference that Kyle Barker, Idris Kanu, Harrison Burrows and Serhat Tasdemir will all start the game against the young guns from Arsenal. Having won the opening group game at Northampton Town 2-0, Posh know that a win could all but seal their progression in the competition.

Arsenal were beaten on spot-kicks at the PTS Academy Stadium against Northampton so will be looking to go one better at the Weston Homes Stadium, although they are without a number of players due to injury.

Darren Ferguson confirmed that Christy Pym will start between the sticks while Joe Ward, who was not in the squad at the weekend, will start. Alex Woodyard and Rhys Bennett are expected to provide the experience in the line-up. Nathan Thompson is unavailable due to injury but could return to the fold against Lincoln City.

Arsenal are set to be without Emile Smith-Rowe due to injury sustained in the Carabao Cup victory over Nottingham Forest. The Gunners are managed by former Arsenal central defender Steve Bould.

“I am looking forward to the game. It will be an opportunity for players to show me that they are ready for league action. Trust me, we will need the full squad this season. Christy Pym wanted to play so he will start. Kyle Barker and Harrison Burrows will both start, while Siriki Dembele and Idris Kanu were both superb at Northampton in the first group game.”

The Motorpoint Stand will be closed. Tickets are on sale now at www.theposhtickets.com, via the Ticketmaster hotline 0844 847 1934 (Calls cost 7ppm plus your network access fee) and in person at the Weston Homes Stadium Ticket Office.