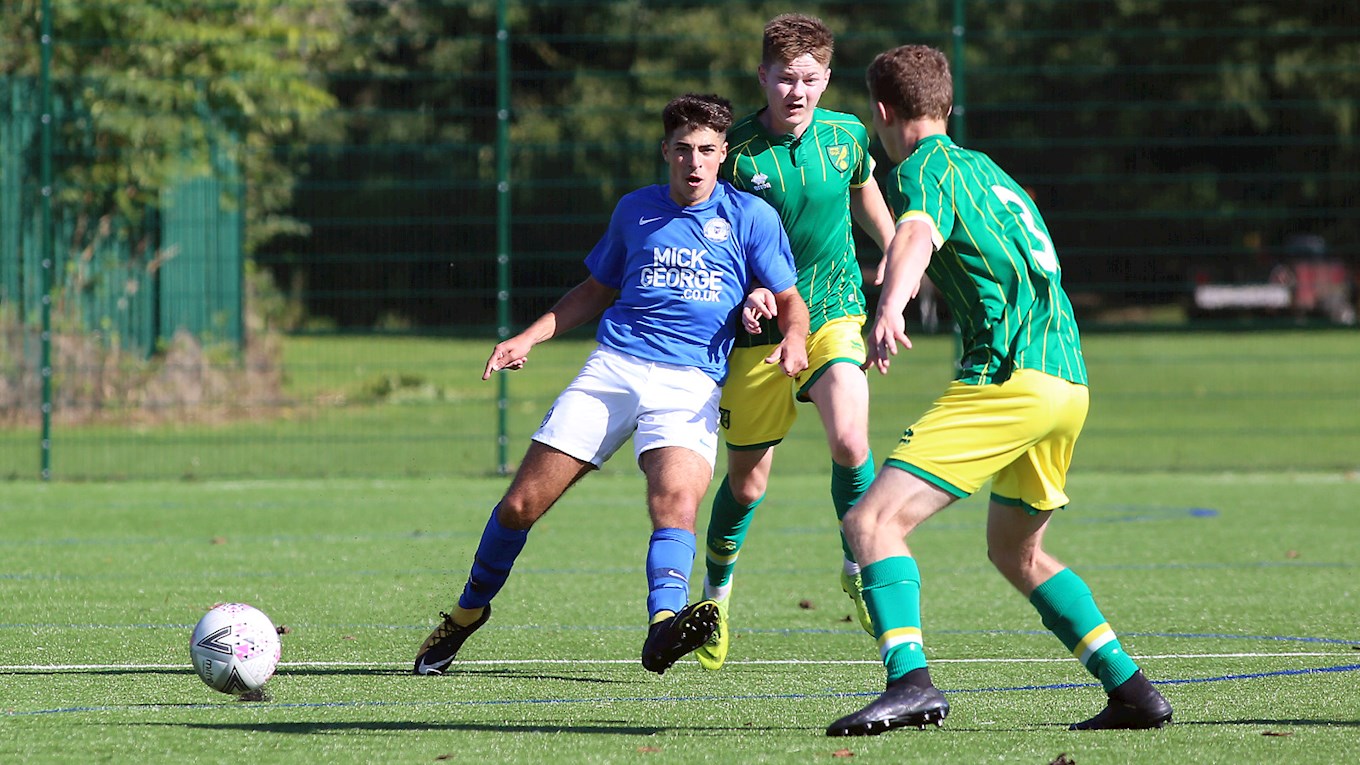 The latest Posh scholarship action saw defeats for both the ‘A’ and ‘B’ sides as Canaries come out on top.

On Wednesday 2nd October, the Sports Scholarship ‘A’ team faced Norwich in their second home game of the season, looking to make it two wins from two at home.

After making life hard for themselves Posh found themselves 1-0 down within the first five minutes after failing to clear their lines and allowing Norwich an easy opportunity. After the setback Posh did well to get back into the game and for most of the first half the game was an even contest, with Posh having chances to equalise through Bayly and Rowell. Just as Posh started to look more threatening Norwich pinched a goal just before half time to extend their lead.

In the second half, with Posh looking to make amends, they had a few early long range chances where they looked to test the Norwich goalkeeper, however the visitors were ruthless in front of goal and extending their advantage to 4-0. Posh scored a fine goal after good work from the left by Bagdonavic crossing for Hughes to smash the ball into the top corner. With Posh on the front foot they then hit the bar after an excellent strike from Bayly, however for all their efforts it wasn’t enough to stage a comeback and the Canaries added a fifth late on.

Next Wednesday, Posh welcome West Ham United to the Mick George Training Academy looking to get back to winning ways.

Posh ‘B’ started their cup campaign away at The Nest to take on Norwich City. Conditions were difficult for both teams. Posh were against the wind in the first half and were good defensively, however Norwich had a lot more possession and created more chances. Having settled down Posh looked more organised and were getting a lot of success playing out from the back. Posh went into half time 0-0 with some good defensive performances from Jacklin and Penman.

Posh started brightly in the second half with a few changes at half time and Muchina had a half chance kept out from the keeper followed by another half chance that was well finished to put Posh 1-0 up. With 22 minutes to go and Posh leading 1-0 Norwich equalised to make for an interesting end to the game.

After their goal Posh struggled to keep their composure which allowed Norwich to get ahead in the game after lifting the ball over the keeper after the first ball wasn’t claimed. With Posh looking for an equaliser Norwich extended their lead in the game from a corner late on, and sealed the win with a one-on-one with the keeper.

It was a disappointing result for Posh B after going 1-0 up. Next up for Posh is Brentford at home.