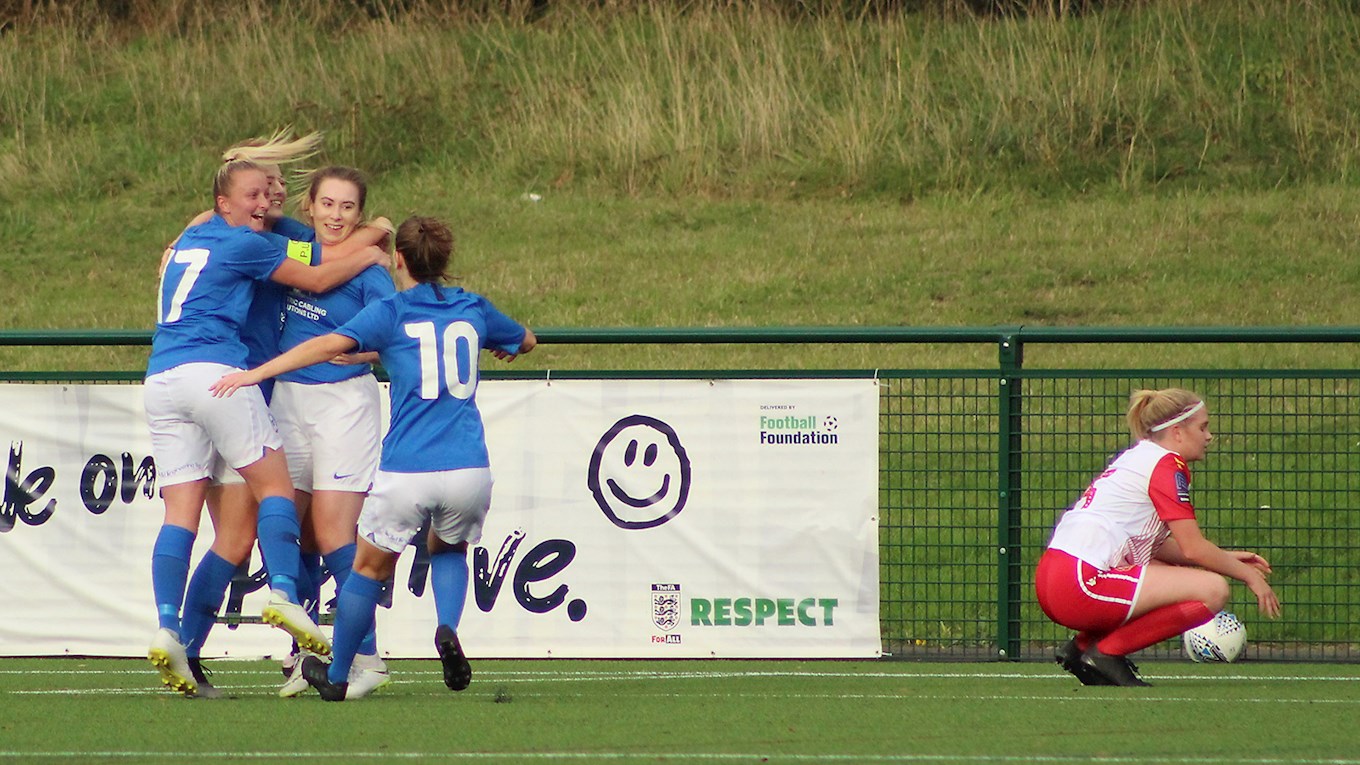 Ladies Progress In FA Cup After Fine Away Win

Peterborough United Ladies ensured that their name was in the hat for the next round of the FA Women’s Cup after a 2-1 victory away to Stevenage Ladies on Sunday afternoon.

Posh went into the fixture as underdogs, with Stevenage currently competing in the league above, but came away with a superb victory to ensure they will be in the hat for the next round, which is the final qualifying round ahead of the first round proper.

Posh were sluggish in the opening part of the game and Stevenage were more dominant although failed to create any clear cut opportunities. Posh grew into the game and after half an hour went 1-0 up. A fine move which saw Keir Perkins’ driven cross met impressively by strike partner Donna McGuigan, who scored on her first return to her former club. Posh held the lead going into the half time break.

Posh continued to probe into the second half and created more chances, but were unable to find the back of the net - partly thanks to some fine saves from the Stevenage goalkeeper. Stevenage started to threaten as well and saw one effort ricochet off the top of the cross bar. Stevenage grabbed the equaliser in the 65th minute when Posh failed to fully clear a corner.

Posh responded well to conceding and some more excellent work from Perkins, whose almost identical cross from the assist in the first half, was this time met by Megan Parrett who smashed the ball into the roof of the net with ten minutes to play, to make it 2-1. Posh stood firm in the closing minutes, as Stevenage searched for another equaliser and finished as 2-1 winners. A solid performance from Posh.