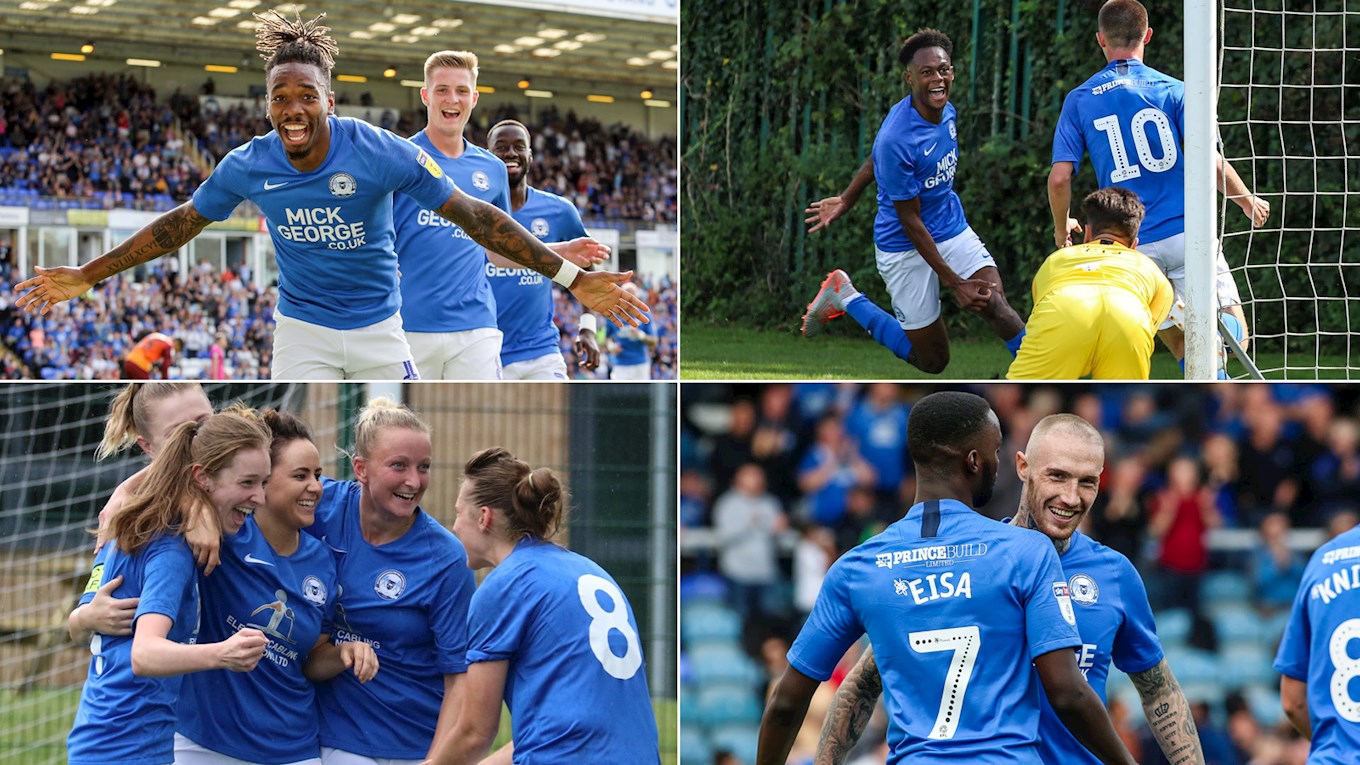 Goals Galore At The Posh!

Ivan Toney and Mo Eisa may be leading the way in the first team scoring charts, but are they in front for the football club as a whole?

Peterborough United and goals go together like Ant and Dec. A simple glance at the scoring charts over the last 10 years will tell you that. Craig Mackail-Smith and Jack Marriott can both boast a golden boot in their cabinet while Britt Assombalonga scored 33 goals in all competitions during the 2013-2014 campaign but was one shy of taking the trophy in the league.

As we move into October 2019, summer signing Mo Eisa and Ivan Toney lead the way in the League One scoring charts with eight goals. Eisa is scoring every 99 minutes while Toney is averaging a goal every 110 minutes. Alongside Marcus Maddison, who has netted six goals, the trio have scored 22 of the 23 goals scored in league games this season.

But how do Eisa and Toney compare to the rest of the football club when it comes to firepower? Matthew Etherington’s under 18s currently sit top of the Youth Alliance League after an excellent start to their campaign and have been consistent in their goal-scoring.

Flynn Clarke leads the way with seven league goals with Brad Rolt on six in all competitions, while 16-year-old Ricky-Jade Jones, who made his debut for the first team in Tuesday night’s 1-0 win over Arsenal under 21s at the Weston Homes Stadium, has scored three league goals and three cup goals after missing the first three matches of the season due to injury.

The Posh Ladies have also made a good start to their season and were 5-3 winners in their last fixture on Sunday afternoon. Skipper Keir Perkins has seven goals to her name in all competitions (three league goals, four cup goals), the same as strike partner Donna McGuigan (two league, five cup).

Meanwhile, the Posh Academy is packed full of goalscorers following the first two months of the season. In the Youth Development phase, there are joint top scorers at under 16 level with Kellan Hickinson and Enoch Opayinka on six goals with Adler Nascimento leading the way at under 15 level with six too. Reo Wills has five goals at under 13 level.

In the foundation phase, the youngsters are hitting the back of the net with alarming regularity but it must be said at these age levels, they are small sided games and high-scoring encounters are extremely regular.

At under 9 level, Archie Doyle leads the way with 45 goals, Ryan Lillie has 59 at under 10 level, Jack Sutton has 41 goals for the under 11s while Malachi Eselebor is out in front for the under 12s with 39 goals.